So it’s that time of year, and I’m so thankful that Islander lets me post at NCS about BDM, and this list, for about six years or so. With that being said, reader, as you know the genre is one of my favorites and every time I can get the opportunity to share the music and write about the bands in this genre, I take it.

I sure do like other genres as well, but the staff writers and guests here at NCS  do a fantastic job of covering just about everything. So that’s why I focus more on BDM, and I also have Blast Family (FB and Instagram) to share the love. There, my year-end list will expand to 50, and I will include my favorite EPs and Non-BDM albums of the year. 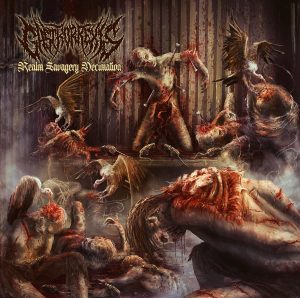 This band from Ecuador have released their fourth album, and I have to say that it has become my favorite release from them. Don’t get me wrong, I like all of their releases, but this one occupies a special place.  In this release they fixed the one thing that I had criticized about their third album (which was still a great release), and the results are spectacular. 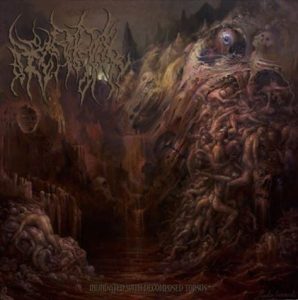 This two-man project from Taiwan won me over in the first seconds of the first song I heard, and when their debut album was released it was pure love for them and hope that their efforts would continued — really enjoyed this album.

18) Two Legends Never To Be Forgotten 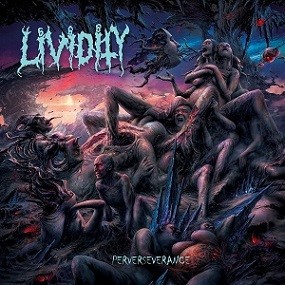 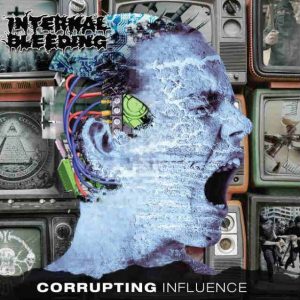 Both bands have given us so much over 20 years, and to see them both release music in 2018 was a double blessing for me. Excellent releases that showcase the level of musicianship and commitment to creativeness they have. Here’s to 20 more years and the hope that my son can see them live. 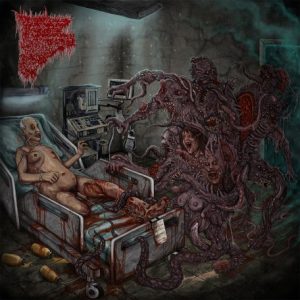 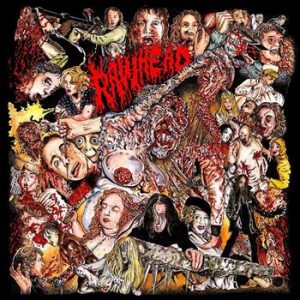 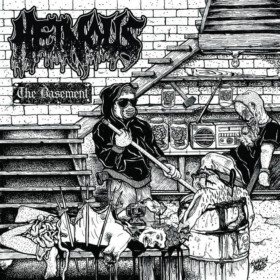 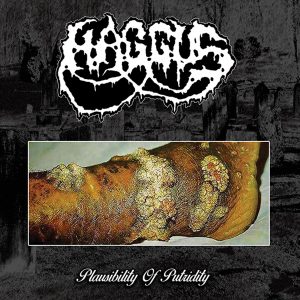 These three releases are fast, filthy, and straight to the point — no long intros, no fillers, just great goregrind how it’s supposed to be done. I wanted to include them because they are my favorites in this genre. 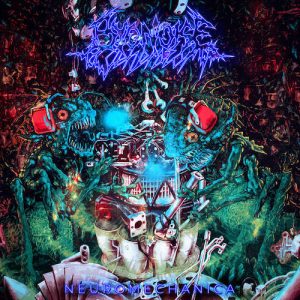 One of the most experimental releases of 2018. Some like ’em, others hate ’em. I honestly don’t care about the detractors; for me, they are a band who deserve all the recognition they can get. Very creative in their music, and for me it just  works perfectly. 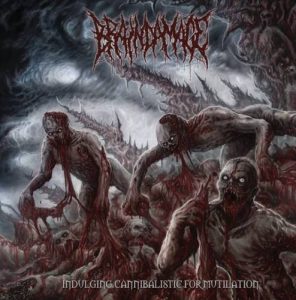 Another band with the mighty Aditya Prakoso (Gerogot and Raw) that just crushes from start to finish, and yet another Indonesian gem to make it on my list. A highly recommended release if you want to get into Indonesian Brutal Death Metal 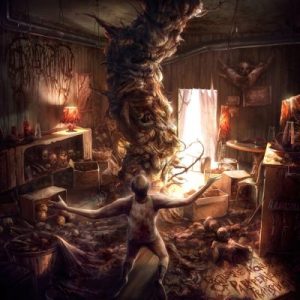 I used to hate them, but two years ago had a change of heart. This is my favorite slam album of 2018, and the way this third album was produced enhances the music even more. For me, their best work to date. 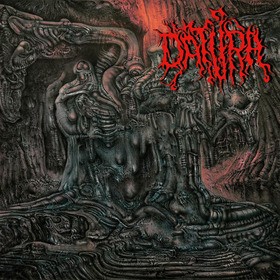 13) Datura — “The Amplitudes of Pacificacion”

This band needs more recognition in the BDM scene — release after release, they do not disappoint. Weird changes in their song structures give a unique touch that sets them apart. 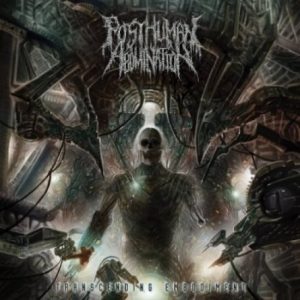 Another BDM/Tech band that perfectly balances these two genres in their song structures and have created some killer tunes in their debut album which I just fell in love with. I hope they will continue this project in the future. 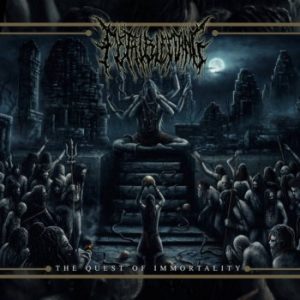 11) Fetal Bleeding — “The Quest of Inmortality”

Another Indonesian band that just blew me away with their 2018 debut album, one that I’ve been playing constantly in my rotation. The vocals that are somewhat different but work rather well with the music. This is top-notch BDM done right, proving again that the Indonesian Scene is fluent in BDM. 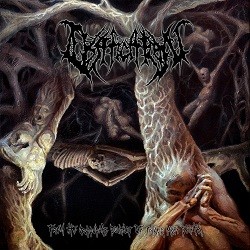 10) Ossification — “From the Suppurate Bowels of Innermost Earth”

Their 2011 EP was the first release I bought from NSE and like other fans of this band we waited so long for their debut album, but it was worth it. Raw, great riffs, and vocals that are able to propel the hate and anger throughout all the songs. 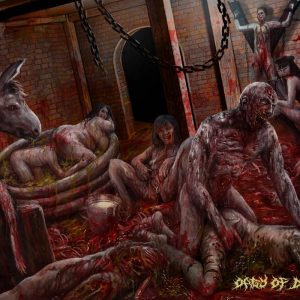 One of the sickest bands from Canada graced us with a debut album that captures the energy and passion this band transmits to their fans. I love this band, and this debut record is a great starting point for new fans. I look forward to seeing what the future brings to them. 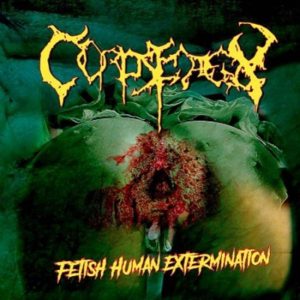 I found out about this Colombian band only this year (shame on me), but apparently only a small segment of the BDM community knows of them. There is not much info about the band, and this album was only released in a limited edition of fewer than 100 discs. I was fortunate to get one from another collector who had a spare.  Just filthy and raw BDM that is addictive and one of my favorites from 2018. 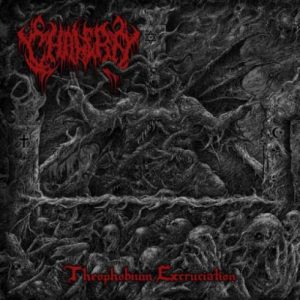 What a fantastic debut album from this Indonesian band. Great riffs and blast beats through the whole thing, with vocals that are just to die for!!!!!! For me that was one of the best things about this release, and the raw production enhances the depth of the  music. 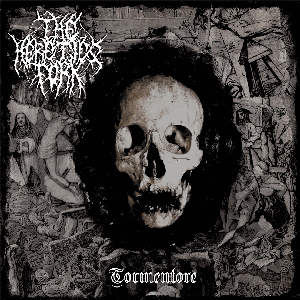 This proved to be one of the most suffocating releases of the year, a great mix of doom, death, and BDM in the songs that created something unique. Medieval torture is the theme, and every time I listen, it seems hard to grasp for air. Amazing debut album. 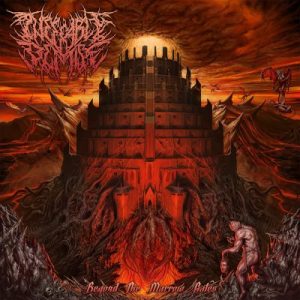 6) Ineffable Demise — “Beyond The Marrow Gates”

This band has one of the sickest vocalists in BDM, Mr. James “Special Effects” Shuster, who is always is a fucking gift for me!!!! The man can do no wrong. Musically this is great release that fits rather well with the vocals. I hope they will continue to create releases based on video games. 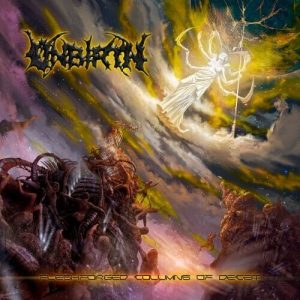 For us fans of this band, we waited 5 years for this album to see the light, and ohh boy, it was worth it. This release is full of riffs that are soo damn tasty and are just mind-blowing!!!! Overall a great effort by musicians who are comfortable as an entity and know how to capitalize on their strengths. 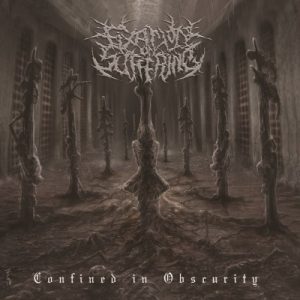 4) Fixation On Suffering — “Confined in Obscurity”

A project that started back in 2017 with their EP Revelation of Tortured Imprisonment, which I found myself enjoying a lot.  For this debut they got Paolo Chiti from Devangelic to do the vocals, and the boys have created one of the finest BDM releases, a fresh air of sickness. 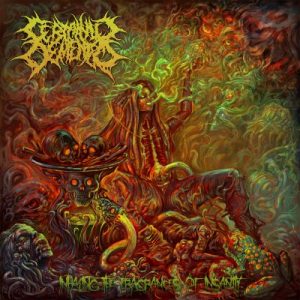 This is what I call Caveman BDM Style, just a torrent of blast beats and riffs that can cut, with vocals that seem like an actual caveman behind the mic.  Addictive as fuck!!!! It has become one of my favorite releases this year. I hope this band continues creating more raw and in-your-face BDM. 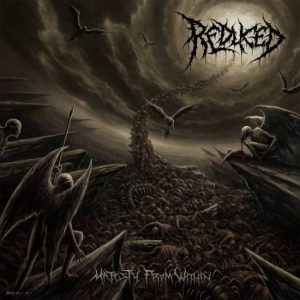 2) Reduced — “Majesty From Within”

I’ve been following this band since 2015, and they have become one of my favorites from Indonesia. Their debut album was fantastic and this one is at the same level or higher. The project’s main influence is Disgorge, and you get that in listening to this album (they even cover a song by them), but for me they manage to sound like an entity all their own. 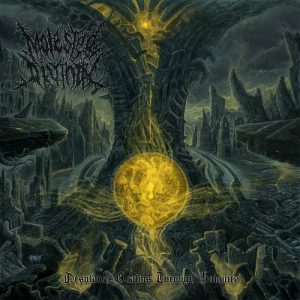 Hands-down the best BDM album of 2018 for me. They released their debut full-length early this year, taking the whole community with them, receiving all praises from pretty much everyone. This album was constantly in my playlist and will continue to be. Pure energy throughout the album, with top-notch music, and the vocals from Legend Batu are on point.