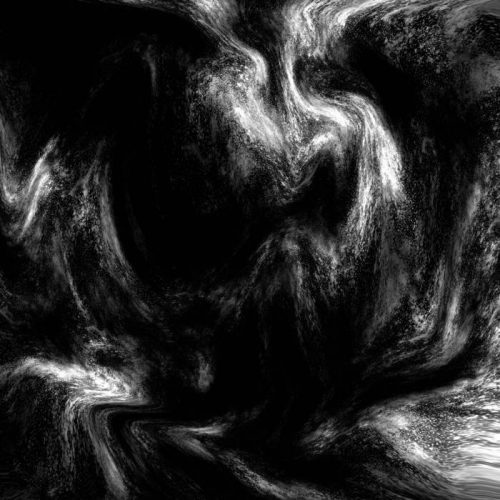 I found myself with some time alone during the afternoon of Christmas Day, time enough to give myself a gift and watch the official video of Emperor’s live performance at Roadburn 2018, which I’d set aside for just such an occasion. It was tremendous… and while taking a break to re-fill a glass of something amber, I noticed a message from a valued acquaintance with a holiday gift of his own, and it proved to be one I will treasure.

It was a link to an album by a French one-man blackened-death machine named Sheol Blanc that was released in February of this year, with the title Solitaire Dépravé. With some personal time still left to me after Emperor’s set concluded, I moved right into it, and was completely floored by what I heard, so much so that I impulsively started pecking these words before the feeling dimmed at all.

Much of the music’s appeal derives from the ingenious array of powerful and devilish tonalities in the sounds, which combine in a way that constantly rocks you back on your heels as if punched, and swirls the brain in dizzying fashion at the same time.

The drums detonate and echo like cannon blasts right up against your ear drums; the earth seems to move as they boom and echo. The bass has the big, deep, atonal ring of steel girders hammered on a concrete slab; the riffs sound like the moan of a dying giant or a rasp scraping rapidly against naked bone; the vocals cross between blood-freezing, bestial howls or shrieks, grotesque growls, and demonic gasps that are equally prone to congeal the plasma in your veins. And the higher tones in the midst of these horrifying and cataclysmic ones sound eerily like the shimmering vibrations of crystal bells, or perhaps singing bowls made to voice their alien language. The latter are such strange and supernatural sounds that they put the mind into a phase shift in the midst of the earthquake pulverization surrounding them.

That’s not a complete catalogue of tonalities in the album, by the way, but at best a list of the most memorable sensations. Of course, these sounds were not selected on impulse, but must have been carefully worked over and modulated to serve Sheol Blanc‘s malignant aims. And it’s how all these ingredients have been integrated, and the diabolical inventiveness with which the music has been conceived, that truly sets Solitaire Dépravé apart, as distinctive as all those deep and demented resonances might be.

Predicting where the songs will go turns out to be difficult. The opener “Flou et aveugle” is a riveting piece of percussive titanism mixed with pestilential buzzing chords, but then those eerie and alien tones surface to give it a more bewildering sheen. High, ringing guitar notes and deep wavering keyboard pulsations create a brighter dreamlike mood at the outset of “Pensées noires et mots entachés“, but it becomes considerably more threatening and then violent as the diseased riffing and the crack of the snare and the rapid whump of the bass drum arrive; and the leads add an element of anguish and pain.

Sheol Blanc continues to explore some very dark and demented crevices of the soul, combining dismal gales of abrasion, darting strings, and horrifying vocals over a methodical beat in “Oscillation perturbé“, but also beguiling the mind in the uneasy spell of “Vision Terne“, whose wraithlike early moments transform into a kind of pounding hypnosis — and then the brink of psychosis (the vocals alone will put the hair up rigid on your neck).

The flow of the album is as emotionally unsettling as what happens within the songs, and so “Oppression des pétales” follows the eerie conclusion of the preceding track with an attack of delirium and destructiveness, and the writhing, dissonant riffs, punishing drumwork, and mad vocals of “Fracassé dans l’ignorance” propel the listener into even greater chaos — but the changing flow persists in the moody, fluid arpeggio that closes the track.

The sounds of fruitless yearning and hopelessness come through in the urgent riffing that announces the instrumental album closer, “Décadance“. The song seems to stop, but continues in a Gojira-esque tapping riff accompanied by an extravagant drumming sequence, which continues to rattle the spine and fracture the skull as the riffing becomes a feverish display of torment and suffering.

Physically arresting and mind-altering throughout, Solitaire Dépravé is the kind of album that won’t quickly leave you, and won’t leave you as it found you either. It is a harrowing experience, but perversely and poisonously seductive.

Of course, it makes me intensely curious to discover what else the project has created. I see five other releases on the Sheol Blanc Bandcamp page, including two new singles and a compilation of older works that have emerged since Solitaire Dépravé. I will surely listen to them… but not just yet… I need to try to recover my sanity and at least some modest sense of well-being before staring into the abyss again.

(As on so many other occasions, I owe thanks to Rennie from starkweather for introducing me to this album.)