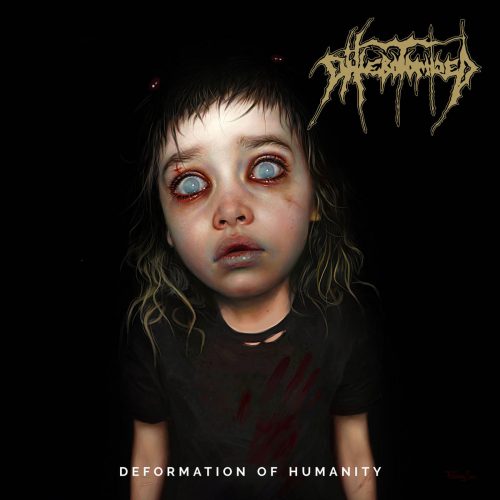 (TheMadIsraeli reviews the new comeback album by the Dutch symphonic death/doom band Phlebotomized (who were the subject of an interview at our site last August), which is set for release on January 7th by Hammerheart Records.)

There is a good argument to be made that Phlebotomized are singlehandedly responsible for the genre we know as symphonic death metal.  It’s hard to imagine that bands like Fleshgod Apocalypse, Septicflesh (especially Septicflesh, the stylistic parallels are there), and the like would have turned out the way they did without Immense Intense Suspense, in my mind one of the greatest albums that has ever been created in the history of metal. I enjoyed the band’s sophomore album prior to their original split-up, Skycontact, with its odd left turn to a sort of psychedelic funeral doom style, but Immense Intense Suspense is what the band is most known for, for good reason.

Deformation Of Humanity is a comeback album, arriving more than 20 years after Skycontact, that’s very distinctly in the tradition of what Immense Intense Suspense established — death metal punctuated with synths and strings that runs the gamut from melodic death metal to traditional death metal, grindcore, and funeral doom, all mixed together into a cauldron of all-consuming void magik in sonic form. 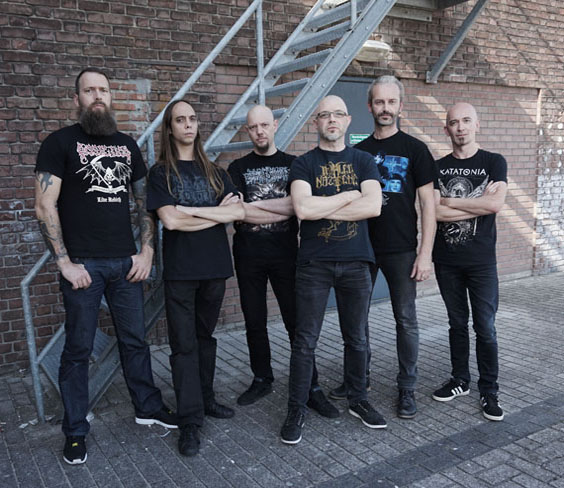 To be frank, this isn’t a jab at Septicflesh at all, whom I quite like, but Phlebotomized prove with this comeback album that they just straight-up do it better. The result is more diverse, more engaging, and the way the pulling back and swelling of the orchestral elements is incorporated does an immaculate job of communicating the emotive aspect that’s always been a driving force behind Phlebotomized and their sound, as well as other forms of metal that do this sort of thing.

The other thing Phlebotomized have always been pristine at is guitar harmonizing. While they’ve always had a knack for a very utilitarian, effective style of riffing, the harmonized twin-guitar sections on this record are a real treat, especially how they mesh alongside the walls of synth and string the band layer behind them often enough.  It’s the tremolo-picked tapestries of moments like the main theme of opener “Chambre Ardente”, and when they meet with gorgeous full-guitar/string/synth walls of sound as in “Descend To Deviance”, that the total sonic experience is just so enthralling and dynamic.

The diversity of tempo and stylistic deviance combined with the gorgeous morose and ethereal sense of melody really sets Phlebotomized apart from any other band in this genre.  They were, in my mind, the originals of symphonic death metal, and they’ve proven that they are still the absolute best at it.

And to top it off, I’m an immense fan of the very ’90s underground mix on this album, while having the clarity of a modern production.

Deformation Of Humanity is a masterpiece.