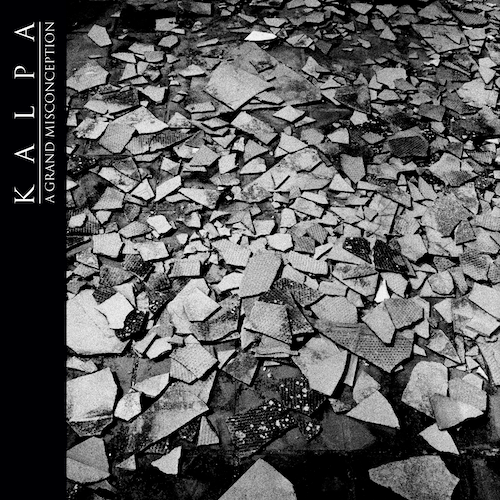 In the new song we’re about to present, a hell of a lot happens in less than three minutes, and all of it is geared to send lightning strikes into your head (and hammer your spine). “It’s Not Always About You” is the name of this electrifying barrage, and it comes from A Grand Misconception, the new album by the Athenian hardcore band Kalpa.

Kalpa are a heavy-hitting, politically charged crew of five with a DIY ethos, but a long list of distros (whose names we’ll give you later) have lined up to release this new album on vinyl and tape. When you listen to the music, it’s not hard to understand why. 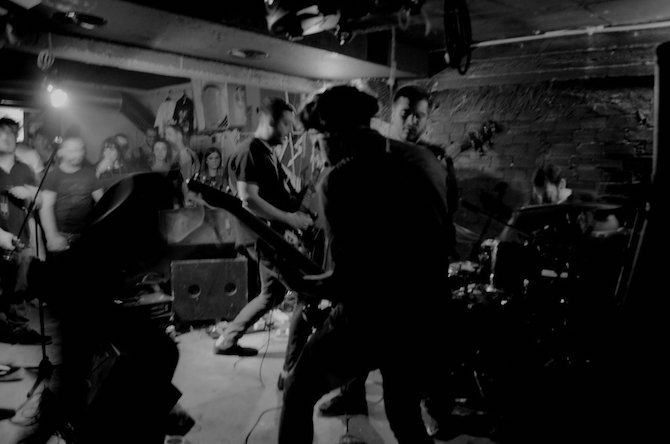 The lyrical message in the song, which could be interpreted as an internal dialogue, seems to concern the selfishness of love, and the cruelty and pain it can cause when stripped of empathy. The words are expelled in a scorching howl that’s intense enough to make you stumble back a few meters. The music’s damned intense too.

The skittering and shrieking noises at the outset might put your teeth on edge, but provide little warning for the loud eruption that soon follows — an assault of heavy, brooding chords, braying tones, battering drums, and that savage voice. Twisting and swirling arpeggios add to the electrifying impact, along with a hard-punching riff and a sequence of pounding beats and searing notes.

The song becomes a near-cacophony of calamitous sound, but things change again (in surprising fashion) after a riveting bridge, when Kalpa deliver a lively melody of jangling strummed guitar over a driving (and highly head-moving) drum pattern — and they then make one last attack with a vicious, jabbing instrumental fusillade. 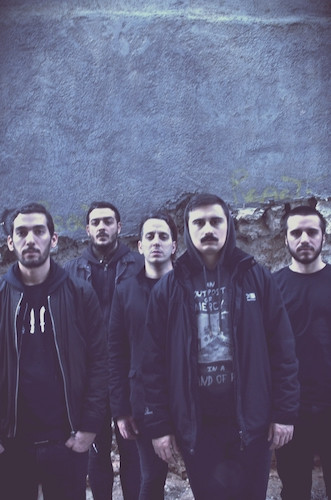 It’s a crusher of a track, but also a nuanced one, which justifies Kalpa’s description of their own sound as a “mixture of politically charged, crisis-driven, contemporary hardcore with sludgy breakdowns, post-rock vibes, and post-punk lust”. You can get a further example of the band’s music through the new album’s opening track, “Cross Sections“, which you can check out through the premiere at Idioteq.

The album was produced by Kalpa and Diogenes Kyratzoglou at Piper Studio in Athens, Greece, and it was mastered by Brad Boatright at Audiosiege. The music is recommended for fans of Converge, Cult Leader, KEN Mode, and Birds in a Row. It will be released on 12″ black vinyl by the band and by the following outlets (and on tape by the band and Pattern Recognition Records in the U.S.):