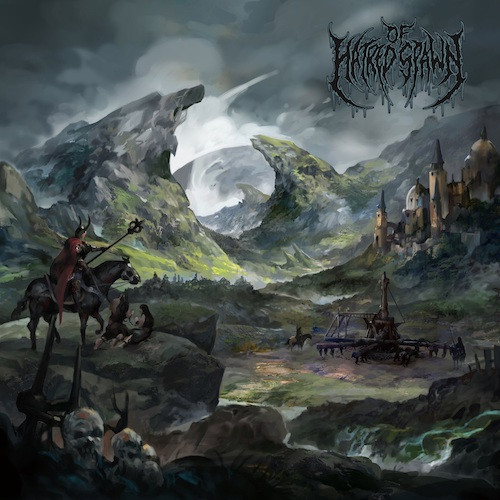 Man, have we got a treat for you today, the kind of treat that’s sure to uncork your adrenal glands and get your blood racing. The song by Toronto-based Of Hatred Spawn that’s featured in the video we’re presenting is a big part of what triggers that response, but just watching drummer JJ Tartaglia (Skull Fist) do his thing behind the kit is equally electrifying.

That song, “Severed Limb Convulsion“, comes from this ferocious death metal band’s self-titled debut album, which was released by Boonsdale Records on December 21, 2018. The same song was also the subject of a previously released guitar-playthrough video featuring the performance of JJ‘s brother Remy Tartaglia (ex-Unbidden). The band’s line-up is completed by bassist Oscar Rangel (ex-Annihilator) and vocalist Matt “Coldcuts” Collacott. 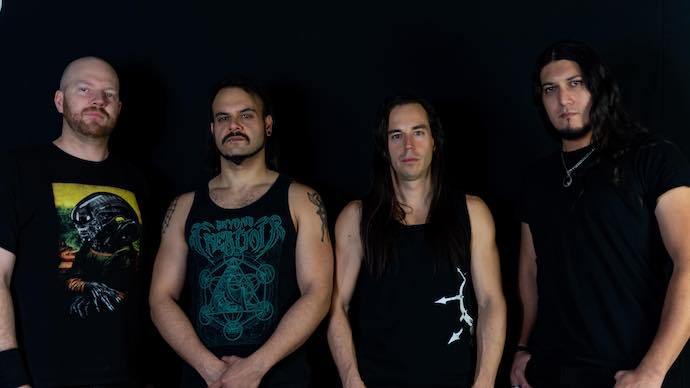 Of Hatred Spawn have drawn inspiration from such progenitors as Morbid Angel, Decapitated, Cannibal Corpse, Deicide, Dying Fetus, and Ruination-era Job For A Cowboy, while displaying their own impressive talents as songwriters and lethal instrumental and vocal executioners.

If you’re just now encountering “Severed Limb Convulsion” for the first time, it’s an extravagant exercise in brutality, loaded with vicious jagged, jabbing, jolting, and bone-cutting riffs, accented by shrieking and swarming leads, and capped by a soaring, swooping, and spiraling guitar solo.

But a big part of the song’s physically compulsive appeal comes from JJ Tartaglia‘s performance, which you’ll see in his video playthrough of the track. His drumming delivers skull-busting percussive force capable of driving your head like a surging piston, while changing progressions and rhythmic patterns on a dime. Just watching his hand flying among the cymbals while the other hand bounds among the skins is a joy (and his execution of a decelerated tempo near the end paves the way for a supremely head-bangable finale). It seems the song is also a joy to perform, as JJ explains:

“This song is probably the heaviest one on the album. Straight up death metal, with quite a few changes in odd-time signatures of 11/8, 7/8, 5/8, and 6/8 and a tempo shift as well. All of the elements give it quite a modern sound making it one of my fave tracks. Real fun to play as well.”

While the lyrical themes of the album as a whole include stories of plagues, slavery, darkness, and the balance of evil, songwriter Remy Tartaglia has commented on this particular song as follows:

“The music is very aggressive and the lyrics are written from an evil standpoint, from the perspective of a demonic entity or being. This is an exercise in creative theatricality which provides depth to the art form. My aim is to immerse the listener into the sound and story of the songs, like a good book movie or video game. Some may also find the sound and themes to be empowering providing strength and comfort during consumption. The music has this effect on me and it is my intention to covey this feeling, to have listeners feed off the music’s aggression in a positive way.”

You won’t hear vocals in today’s playthrough video, but we’ll include the complete album track (along with all the others) for you, as well as Remy Tartaglia‘s video playthrough. Enjoy!