After a weekend break I’m resuming the rollout of this 2018 Most Infectious Song list. As you can see, I have three new entries today, and will now begin including more threesomes in addition to twosomes in an effort to gather more songs in this growing collection before I force myself to stop (but don’t worry, we’ll probably be deep into February before that happens).

Unlike some of the preceding installments of this list, there’s no particular organizing principle behind my grouping of these three tracks, other than the usual factor that I’m addicted to all of them. (To check out the previous installments, you’ll find them behind this link, and to learn what this series is all about, go here.

As you’ll have learned by now, I haven’t limited myself, in selecting songs for this list, to 2018 albums that were widely discovered and widely praised through year-end lists. But Dödsrit’s Spirit Crusher happens to be one that did receive significant year-end accolades, including a place in our own Andy Synn‘s list of the year’s Great albums, as well as his Personal Top 10 for the year (not to mention placements in many other lists we published in our 2018 LISTMANIA series).

To quote from Andy’s review: “Unpretentious, unassuming, yet undeniably glorious in both sound and scope, this album is, in no uncertain terms, an unfettered joy to listen to, from start to finish, and one of those records which reminds me exactly why I fell in love with Metal in the first place.” And of the title track in particular, he wrote:

“It’s the colossal closing title-track which really puts the icing on the cake… with Öster painting his musical canvas with practically every emotional shade at his disposal, moving from slow-burning solemnity to seething frustration, from melodic melancholy to resolute rage, from sombre stoicism to righteous indignation, in a manner which makes the song’s extended run-time absolutely fly by”.

You can probably guess by now that it’s the album’s title track I’ve decided to add to the list today. And yes, it’s a long track (it makes the second unusually long song that has appeared on the list so far), but I do think it nevertheless abundantly qualifies. 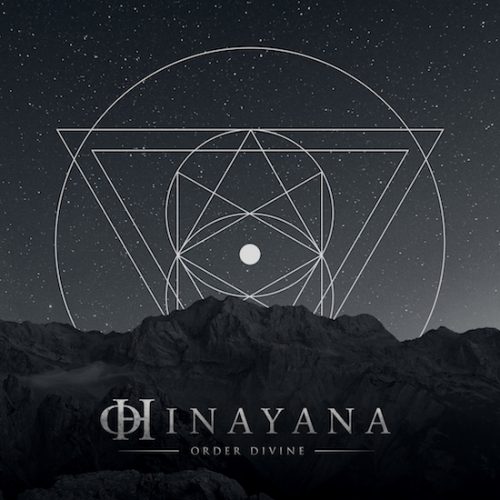 Last March I had the pleasure of premiering a full stream of this Texas band’s debut album Order Divine, accompanied by a review that included these words:

“In the simplest terms, the music here is doom-influenced melodic death metal, but of a kind that consistently reaches heights of epic grandeur. Embracing moods of defiance, loss, and grim but glorious triumph, the dramatic, blood-pumping songs are capable of transporting listeners far, far away from the mundane, drab events of daily life, sending emotions soaring and thoughts flying into mythic realms.

“The album is marked, over and over again, by beautifully vibrant and dynamic song-writing, with powerfully evocative melodies and hard-hitting physical punch as well. Each track features remarkably catchy guitar leads that flicker, ripple, and sparkle, and waves of grand, panoramic, mystical keyboard melody. And they’re anchored by heavy-weight rhythmic drives that engage the body just as much as the melodies enthrall the mind. On top of all that, the cavernous roaring vocals are perfect for this music, lending an added layer of gargantuan gravitas and drama to this supremely dramatic music.”

At the time of writing that review, “Return To Nothing” was my favorite among the album’s uniformly strong songs, but upon revisiting the album again in the context of preparing this list, it was the title track that I thought best deserved a place on this list. It’s absolutely magnificent (and you’ll find the band’s video for it below). 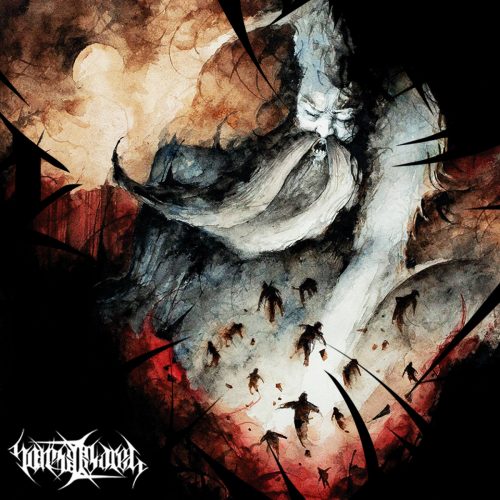 Rinascita, released last October, is the third album by this Northern Italian black metal band, but the first of their releases I paid attention to. I might have overlooked this one too but for the cover art by Daniele Serra, which played a big role in drawing me to the music. And so I’m grateful to him, because, as I wrote in a brief review, this album proved to be a real gem.

The song that first pulled me headlong into the album as a whole, after being lured by the cover art, was actually the fifth track in the running order — because it was set to play first in the record’s Bandcamp stream. I found it immediately appealing, and its infectious qualities have remained undiminished months later. I’ll quote myself about “Rivelazione” (always a pleasure):

“Homselvareg’s music here is ravaging. Waves of melody that portray bleak grandeur soar over torrential, blasting drums, and the riffing also boils in a furious, rippling and flesh-rending fever. The fretwork is usually fast as lightening, but when the drumming shifts to a more head-nodding gait, the chords hammer and chime.

“There’s as much scorching fire in the vocals as in the most intensely fierce musical bonfires. And while the explosiveness of the music is almost breathtaking, it’s also impressively dynamic and melodically memorable, making the track an unusually gripping thrill-ride.”