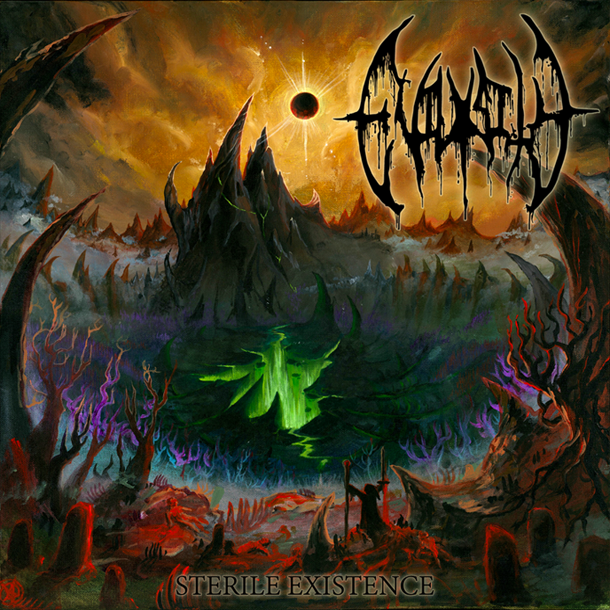 The Canadian death metal band Evilosity, who hail from Vancouver Island, aren’t wet-behind-the-ears newcomers, though their recorded output hasn’t been hurried or prolific. They first came together around 2002, released an EP named Snuff in 2006, and then a debut album entitled Sickening Display of Redemption in 2008. But while the band have been active in performing live since that time, a decade has passed without a new release. That’s about to change.

Evilosity have now completed work on a new EP named Sterile Existence that was recorded with veteran metal producer and engineer Rob Shallcross and includes four previously unreleased songs and a re-recording of the title track from that previous full-length. As a sign of what the new EP holds in store, today we’re presenting a lyric video (which sets the EP’s eye-catching cover art in motion) for the new song “Evilution“. 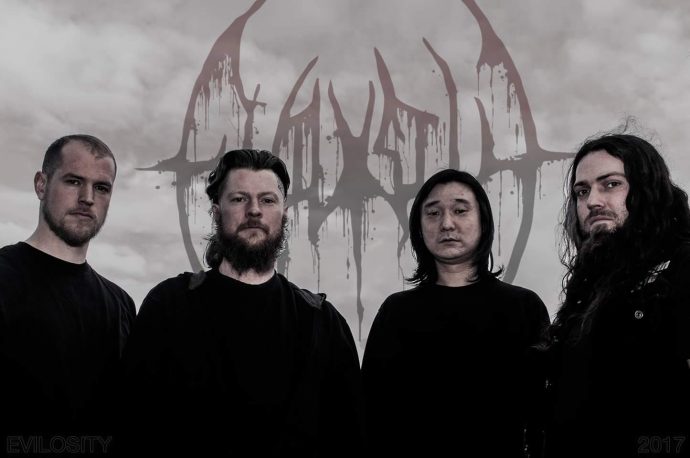 Evilosity’s forte is technical death metal, but not the kind of sterile, over-polished, “no notes left behind” showiness that often comes to mind in the current era. It’s instead more reminiscent of such bands as Decapitated, Suffocation, Martyr, and Cryptopsy. It’s died-in-the-wool DEATH metal, but with the kind of technical athleticism and dexterity that sends jolts of electricity down the spine. “Evilution” is a prime example of the band’s extravagant barbarity.

The track is unmistakably sinister and scathing. It lashes and boils, needles at the brain and plunders the skull, ravages in a frenzy and lurches like a reanimated corpse. The drumming erupts in bursts of maniacal battering and bouts of merciless and methodical pounding, like a pile-driver. The blurred-finger fretwork causes the strings to skitter and seethe, to jab and jolt, as the vocalist vents his savagery in horrid roaring growls and scalding snarls. The effect is vicious, brutal, and highly addictive.

I’ll further call out two particular sequences in the song. In the first, around the 1:30 mark, the band twist the course of the music by introducing a swirling arpeggio that lends the music a feeling of weird, alluring, demonic seductiveness. And in the second, near 3:30, the band return to a sequence briefly forecast at the outset, in which the braying and squealing notes and compulsive rhythm are tailor-made for headbanging.

Credit for the video goes to Arkham Film, who’ve worked with the likes of Wormed, Cryptic Enslavement, and Asymmetry, and who make good use of the EP’s vivid painted cover art by Angela Grimmuza.

A release date for the EP hasn’t yet been established, though the album has already been mastered for digital, CD, and vinyl, and plans are in the works for a coast-to-coast Canadian tour to support the release this spring; a Mexican tour is also expected.

For further info about the release of Sterile Existence as it becomes available, follow Evilosity here: