Welcome to the 9th installment of this growing list, in which I’m turning back toward death metal with the two songs added today. To check out the previous installments, you’ll find them behind this link, and to learn what this series is all about, go here.

The title of The Crown‘s latest album — Cobra Speed Venom — is so damned good. I’m not sure it really means anything, but the combination of those three words, especially in the context of The Crown‘s brand of music, just sounds metal AF. Very cool cover art too. 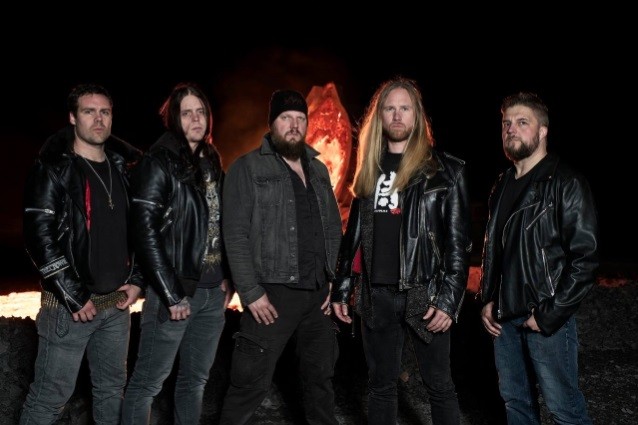 TheMadIsraeli reviewed the album for us. It was, in his estimation, the band’s best album since the pinnacle of their career, which he identified as Possessed 13:

“It follows much in the same vein as that album as well, displaying a reckless sense of abandon especially in opposition to the more tightly disciplined approach of the band’s last two albums, Doomsday King and Death Is Not Dead. I also find that Cobra Speed Venom has a spirit very similar to Crowned In Terror, in that the band put a lot of emphasis on fist-pumping anthemic melody. The mix between these two versions of The Crown results in what might actually be their best album, period.”

I have to admit that I was leaning toward the title track for this list for the same reason mentioned above — the combination of those words. Plus, it’s a hell of a song. But I decided that “In the Name of Death” was just that little bit more infectious, so I went with it. Honestly, though, this was another one of those albums where you could almost throw a dart at the track list and come up with a worthy contender.

This German death metal band established themselves as a force to be reckoned with through their first two albums, Summoning Black Gods (2012) and The Mysterious Ways of Repetitive Art (2015). I predicted that their new album, …And As We Have Seen The Storm, We Have Embraced The Eye, would only further elevate their already-respected status, and in hindsight I think that’s exactly what happened. Even though it was released late in the year, near Thanksgiving, it wound up on plenty of year-end lists, including the No. 15 spot on DECIBEL mag’s Top 40.

I only managed a brief review, which (slightly edited) included these words:

“A big reason why this new album is so startlingly good is because Chapel of Disease do such a stunning job of braiding together so many hallowed metal styles across four decades of evolution, from “classic” heavy metal to death metal and black metal, as well as rock traditions that are even older, and doing so in ways that create dynamic yet cohesive and compelling songs.

“Every song is packed with surprising changes, spanning a wide spectrum that ranges from absolutely vicious and pitch-black sonic assaults to sublime instrumental jams that would have given guitar gods from the ’70s a run for their money. I haven’t lived with the album nearly long enough, but it’s so beautifully conceived and executed, and so damned exciting, that my impulse is to claim that what we have here in the twilight of 2018 is one of the year’s best metal albums regardless of genre”.

I stand by those words. Even though I didn’t heap a couple thousand words of praise on Chapel of Disease, I continue to think their 2018 full-length was one of the year’s best. And from among those six awesome tracks, I’ve chosen “Oblivious – Obnoxious – Defiant” for this list:

12 Responses to “OUR LIST OF 2018’S MOST INFECTIOUS EXTREME METAL SONGS (PART 9): THE CROWN AND CHAPEL OF DISEASE”