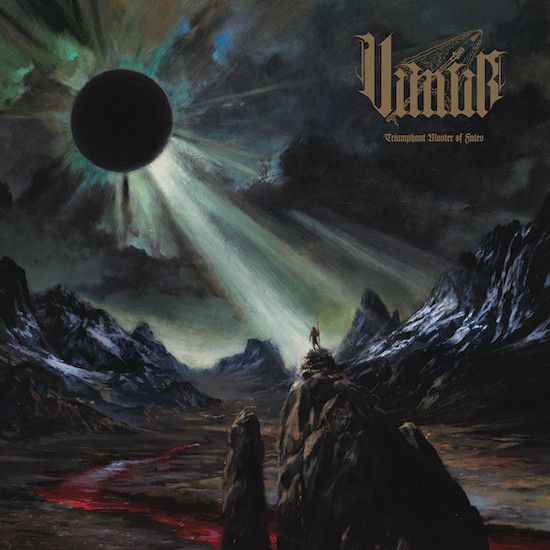 Welcome, brothers and sisters, to another thrilling excursion into musical lands of fire and ice, with guides from Atlanta, where the people are no strangers to heat and may soon also find themselves enveloped in ice, thanks to the impending assault of a new polar vortex.

“Consumed By The Source” is the name of the song you’re about to hear, and it’s one of seven tracks of ravaging black metal on Triumphant Master of Fates, the new second album by Atlanta’s Vimur, who curse the wretched earth and seek salvation beyond the stars, in death. 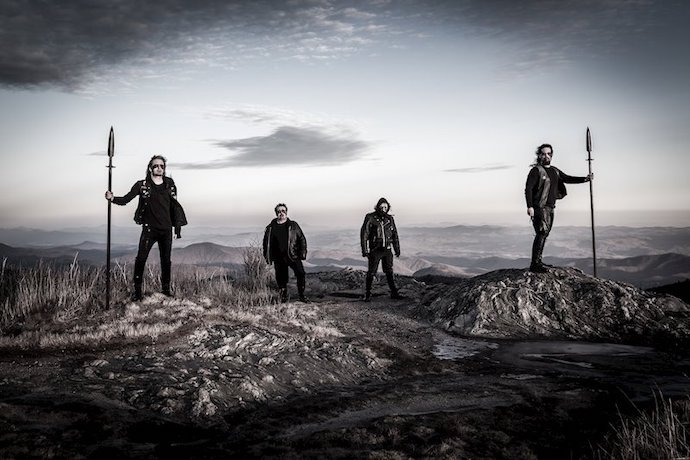 Those last words were borrowed from the lyrics to the song we’re premiering, which also call for war cries and black doom hymns, expressing a “wish to see Eden in flames / Consumed by the Source”:

To match these words of resentment and yearning, the music braids together sensations of wrenching gloom, otherworldly eeriness, and raw, torrential violence. With pacing that’s in continuous flux, and equally dynamic riffing, the song is impeccably intense and dramatic in all its phases. We’re dragged into troughs of misery, thrown into frightening frenzies of hyper-blasting percussion and maniacal riffing, bruised by jolting assaults of thunderous pounding, and sent into the incandescence of a final apocalyptic sunrise.

Unrelenting in its searing fervor, the music’s fierce, technically impressive, and constantly veering attack is given added fuel by band-leader Vaedis‘s throat rupturing shrieks and heartless roars. The combination of all ingredients is electrifying. 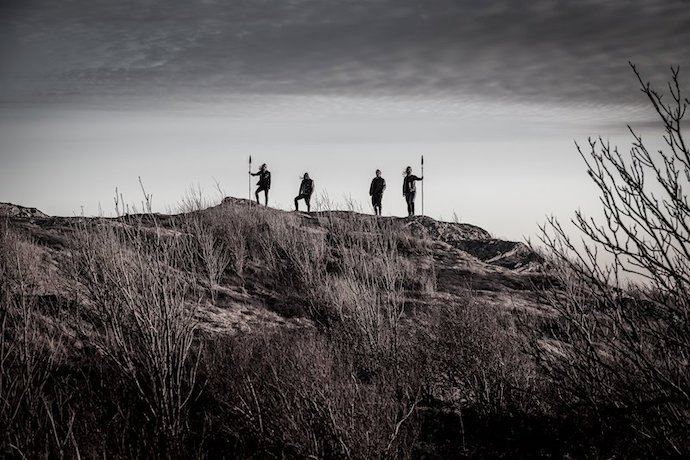 Those are our impressions of these extravagant sounds. Guitarist/vocalist Vaedis shares his own thoughts about the song in these words:

“‘Consumed by the Source’ is an intense journey exploring the power of darkness in the source of totality. The song begins ominously, building tension into an explosion of ethereal malice. Frenzied whirlwinds of aggression culminate in the searing coldness of perpetual blackness”.

Triumphant Master of Fates was recorded at Deadsound Studio in Kennesaw Georgia, by Joshua Freemon, and it was mixed and mastered at Iron Hand Audio in Chicago by Dan Klein. The album’s cover art was created by one of our favorites, Adam Burke.

The album will be released by Boris Records on March 1st, on CD, vinyl (200 black, 100 metallic green), and digital. Pre-orders are available now via the first link below.

Vimur will play a record release show in celebration of Triumphant Master of Fates on March 2 at The Earl in Atlanta; details are available here. 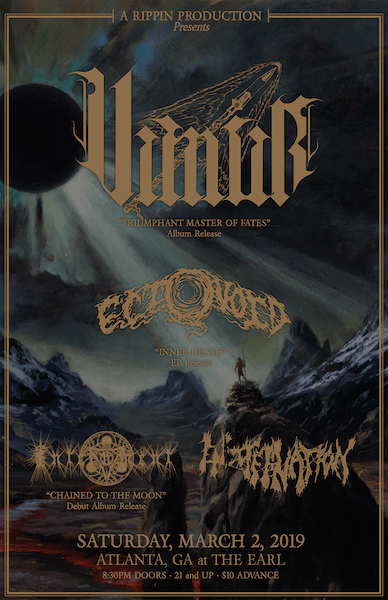 And finally, you can check out another track from the record (“Seditious Apertures“) where it premiered, at DECIBEL.

2 Responses to “AN NCS PREMIERE: VIMUR — “CONSUMED BY THE SOURCE””