With their impending self-titled debut EP, Pittsburgh’s Riparian channel a ferocious zeal for musical carnage while displaying impressive technicality, integrating elements of death metal and grindcore, and dosing their rapidly veering rampages with moments of doom and gloom.

“Grimy, weird, and filth-soaked,” is one way that Grimoire Records describes the sound, and it is Grimoire that will release the EP on March 1st. Today we present an outstandingly unhinged track from the EP named “The Nuclear Unclear” through a music video with a beer-lover’s back-story. 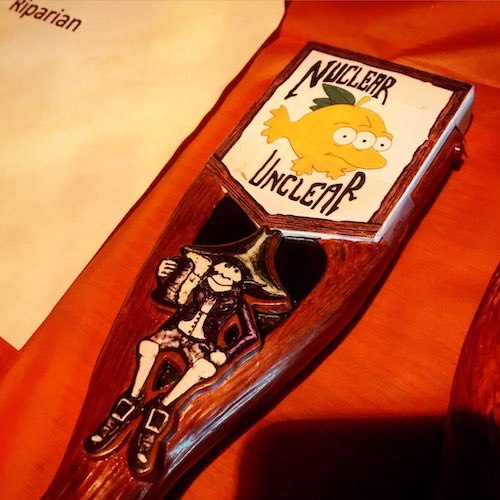 Here’s the tale of the video as recounted by the band:

“Leading up to our appearance at Pittsburgh’s own 3rd annual Brewtal Beerfest with Dying Fetus, Incantation, and Gatecreeper among others, we were paired up with one of our favorite Pittsburgh area breweries – North Country Brewing out of Slippery Rock, PA – to make a collaboration beer exclusively for the fest. We ended up making an unfiltered peach saison called “The Nuclear Unclear” with fresh local peaches.

“We had such a good time talking music and working on the beer, that when we pitched the idea of making a music video, they invited us up to use the brewery as the backdrop. After moving a few forklifts full of kegs and cans around, we assembled the main stage for the whole band backdrop and then used other random parts of the brewery for the individual member shots. We love the crew up at North Country and can’t thank them enough for all of the support.”

As you can see above, the band’s bassist even designed a “Nuclear Unclear” tap handle.

The video is a lot of fun to watch, but it’s the music that will really light you up. It’s both unhinged and meticulously executed, with turn-on-a-dime rhythmic shifts (executed by a rhythm section composed of ex-Wrought Iron members Nick Tupi [drums] and Brooks [bass]) and a panoply of insidious guitar hooks courtesy of Lou Snyder and Dan Martin. At first massively heavy and punishing, with big pounding chords segmented by a combination of blazing drum fusillades and seething riffage, the drums switch (and twitch) into a battering assault and the riffs come in bursts of hornet-swarm buzzing and freakish angular darting.

It’s a crazed and cruel experience made even more livid by the pairing of scalding shrieks and murderous guttural roars from the throat of Rob Grisly (ex-Grisly Amputation). Yet the song also becomes a grim, imperious march and then a demented whirl before mounting an attack of extravagant, iron-hard, head-battering groove, accented by the pulse of devilish strings and segmented by renewed frenzies of scampering blood-lust. 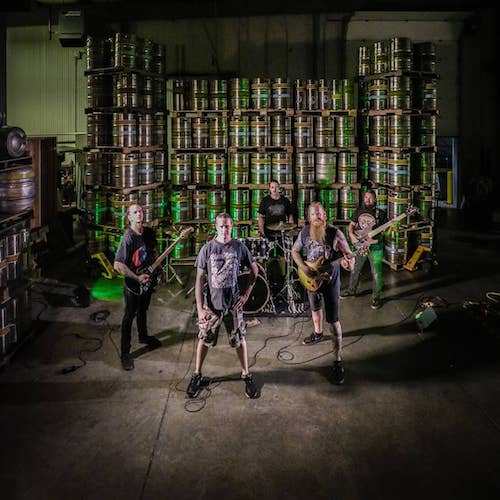 Riparian is a five-song, 25-minute release that’s recommended if you enjoy the likes of Mithras, Defeated Sanity, and Gorerotted. It was recorded, mixed, and mastered by Grimoire mastermind Noel Mueller in Towson, Maryland, with additional vocal recording by Nate Campisi at Mr. Smalls Recording Studio in Pittsburgh. The cover artwork (which is a real eye-grabber) was created by Jason Angst, and credit for the video goes to Jeffrey Smee at JS Video Works.

P.S. We’ve added the HD version of the video as well as the one included in our original post.

5 Responses to “AN NCS VIDEO PREMIERE: RIPARIAN — “THE NUCLEAR UNCLEAR””