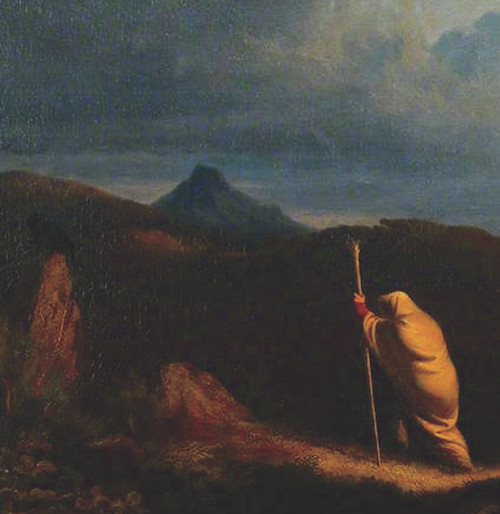 Roughly two years after the appearance of their debut recording, Tein-Éigin, the Edinburgh-based atmospheric black metal band Úir are returning with a new EP named Óenach Tailten. It will be released by Pest Productions on February 18th, and today we present a full stream of its three shattering tracks.

“Shattering” is not an exaggeration. There is so much tension, torment, and pain in the music, and it comes through with such authentic passion and unwavering intensity, that it puts any sense of well-being a listener might have in dire peril. Yet paradoxically, there is an almost dreamlike quality to the music as well, a conjuration of haunting loss that crosses a dark border between flesh-and-blood and some intangible realm where ancient spirits still loom in twilight shadows. 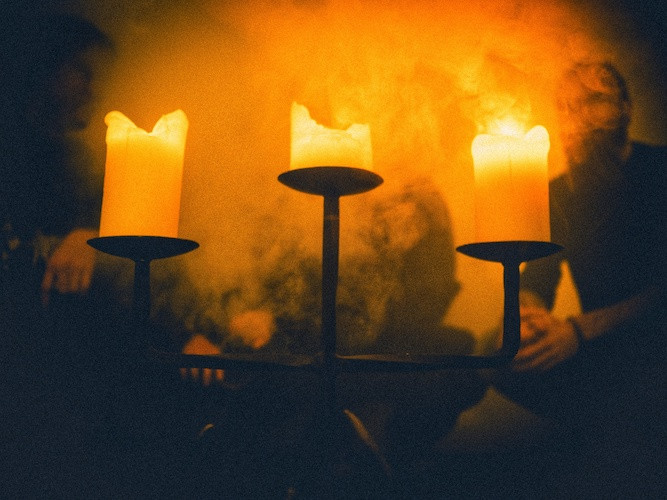 To achieve that blend of harrowing emotional intensity and liminal unease, all three compositions are impressively crafted, nuanced in their moods and in the band members’ performances. And the flow of the music also achieves contrasts of pacing and volume that further contribute to the persistent grip of the EP as a whole.

A droning bass tone, the shining ring of eerie reverberating notes, the crash of drum and cymbal, the pulse of a percussive thump — those moody and dreamlike sounds begin the EP at the opening of “V.S.F.P.A.“. The bass seems to moan, and a sense of tension builds in those gleaming notes and in the abrading edge of the rhythm guitar. A scalding shriek signals a more wrenching and desperate tumult, as the guitar climbs higher and the lower end of the music becomes more vicious. An interlude of crystalline strumming unfolds into a gale of slashing chords and thundering percussion, yet the sound of the bass and peals of guitar still provide a sense that what we’re experiencing isn’t quite happening in the world we think we know.

The seething riff that opens “Deiwos” provides an immediate contrast to the gloomy close of the opening track, and the intensity remains high as the drummer launches a galloping and booming drive. The vocals provided only brief accents in the opening track, but become a more vital and disturbing presence in this song (and the next one), with shrieks of agony and fury creating a visceral feeling of unbearable suffering. The music burns, but the enveloping slash and swirl of the guitars channels bleakness as well as fever.

It’s an electrifying experience, but a stressful one as well, the only warmth coming from the sound of the bass (though there’s a disturbance in the force there too). In the middle, the bass becomes a droning, dragging presence, reverberating over the crack and punch of the drums, which lead into long, jagged sounds of misery. The music builds in intensity again; surrounding the vocalist’s fracturing cries of distress, the riffing becoming a searing boil of incurable emotional anguish.

Yet another contrast arrives at the start of “Duinbrunde” through a dual-guitar interplay over a meditative bass hum and a slow drum rhythm. But the song soon takes off in a torrent of manic drum blasts, distortion-cooked fretwork, and wild vocal extremity. The mood is again one of intense melancholy, on the brink of desolation. As the drums slow and the riffing falls into a lower range, the sound becomes more dark and oppressive, more ominous and threatening, yet also more bereft of hope. The wailing vocals sound like someone begging to be saved.

Óenach Tailten was recorded, mixed, and mastered by Sonorous Studio. It will be released both digitally and in a CD edition with an 8-page booklet. For further release details, check the links below.