The two songs I’ve added to this list today consist of one that I discovered very late in the year after neglecting the album for many months, and another that’s been stuck in my head since we premiered it in October.

As usual, I’ll be taking a break from the rollout of this list this weekend while I continue trying  to figure out what will come next. Decisions, decisions, and they’re not getting much easier even though 19 installments are now behind me.

I confess that I didn’t pay close attention to this UK band’s latest album until near the end of the year. Even after reading Andy Synn‘s review of It’s Hard To Have Hope last April, which spoke of the album’s  “unbridled passion and unwavering integrity” and insisted that “Svalbard deserve all the support and attention they can muster going forwards”, I didn’t listen. I meant to, but it must have been one of those especially harried weeks around the NCS compound, and as time passed, so too the album passed me by. 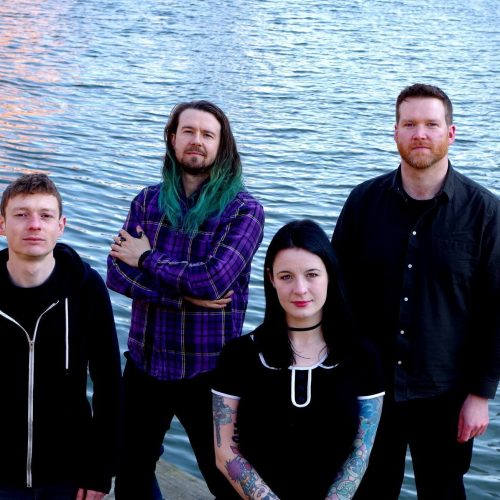 But year-end Listmania put the album back on my radar screen. In addition to frequent appearances in year-end lists of such places as DECIBEL and much bigger on-line sites than ours, Wil Cifer included it in his Top 20 at NCS, and DGR put it at the No. 10 spot on his own list. Having thereby been reminded of my earlier oversight, I finally paid attention.

Having done so, I found myself agreeing with DGR that “the group’s combination of hardcore punk, post-metal, and a whole lot of drumming destruction as back-up, makes It’s Hard To Have Hope a highlight of the year”. It’s definitely outside my usual listening fodder, but its energy and passion (both in its sound and in its lyrical convictions) are indeed highly communicable. The problem has been that I could have put almost the entire album on this list.

I spent an hour going back and forth among the songs I thought were the leading candidates, changing my mind every time I’d run through those again. I was particularly drawn to “How Do We Stop It”, “Try Not To Die Before You’re Dead”, and “Unpaid Intern”. Honestly, the main reason I finally chose “Unpaid Intern“, apart from its brilliant blaze of driving guitars and galloping drums and the firebrand intensity of Serena Cherry‘s vocals, is the video for the song. The sights make the riotous sounds even more appealing.

This isn’t the first time, and probably won’t be the last, when I’ve picked a song for this list that I premiered. I guess spending a lot of time with a song in order to write about it sometimes just digs the music deeper into the brain, and it certainly did in the case of “Marauders” by the Italian trio Viscera///. It didn’t hurt that there was something about the song that reminded me of Agalloch’s “Not Unlike the Waves”, which 12 years after I heard it remains one of my favorite songs ever.

Like that song, this one (which appeared on the band’s 2018 EP, City of Dope and Violence) is a union of disparate factions. As I wrote for the premiere:

“The vocals are a mix of knives and moon-glow, rasping snarls and soulful singing, both moody and soaring. There’s mountainous heaviness in the low end, drums that slap your neck and punch your guts, an abrading squall in the feedback whine, a soulful moan in the bass tones, and in the riffs a blend of yearning desperation, hopeful, shimmering visions of what might be, and the pain of blasted hopes.

“The music is a calamitous earthquake, an emotional breakdown, fingernails hanging on a cliff-edge, and the dark spell of a black future. And these sensations are perhaps the most to-the-point comparisons with the other song: The music brings emotional power in a very memorable way.”