The first formulation of death metal in today’s installment happens to be a song we premiered last year from the debut album of this new group, whose impressive line-up consists of Jonny Petterson (Wombbath, Ursinne, Henry Kane, Pale King), who was responsible for the music and its production, and vocalist Ralf Hauber (Revel In Flesh), with Erik Bevenrud (Down Among the Dead Men) as the session drummer. To add to those names, Matt Moliti (Sentient Horror) performed guitar solos on three tracks, and Håkan Stuvemark (Wombbath, Pale King) soloed on two others. 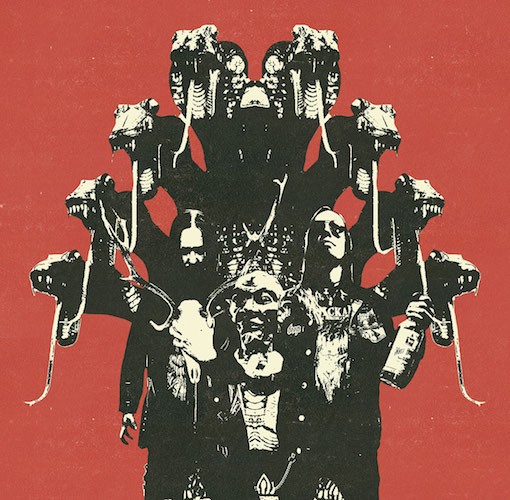 I do find “Deep Below” to be an infectious beast, but the music is also quite disturbing. It’s immense in the force of its impact, immense in its heaviness, and immensely horrifying in its atmosphere. Doom looms as a staggering presence in this brand of death metal; ghost lights also shine within it; and violence lurks within as well — a violent presence that breaks its chains more than once.

Strange warbling notes, which seem almost like the tones of a violin coming in and out between our dimension and another one, begin and end the track, and the eeriness of those tones proves to be a fitting start and finish. In between those passages the band shake the earth with massive, slow, craggy riffs and rhythms, marrying deeply corroded tonality to deeply ominous melody, and Ralf Hauber‘s ruthless, gargantuan roars are as craggy and cold as the music. Through this slow, staggering earthquake, the guitar leads spin out moaning, squalling, shimmering sounds, like the emanations of spectres in a freezing mist, as ephemeral in their atmosphere as the rest of the music is mountainously heavy.

But as suggested earlier, there are eruptions of violence that are just as staggering and just as horrific as the song’s slower movements. The sounds from the lead guitar turn into a boiling malignancy, and the riffing accelerates into a storming, cutting frenzy. It’s as if a looming black giant has suddenly and magically transformed into a whirlwind of obsidian knives. Near the final minute, Matt Moliti unleashes a fiery, phosphorescent solo, which leaps out like a demon — and Hauber’s vocals are terrifying. 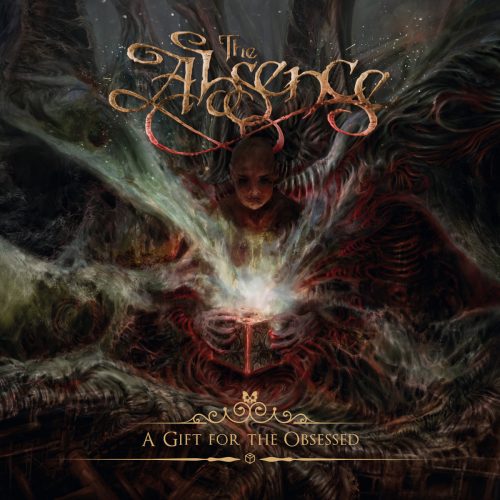 2018 brought us A Gift for the Obsessed (which in my case is exactly what it was), the long-awaited fourth album by Floridian melodeath marauders The Absence. The wait for it was indeed very long (eight years), but as they say in the trade, the wait turned out to be worth it.

In his review, Andy Synn called it “a more than welcome (and occasionally stunning) return from one of the underground’s most promising, yet underappreciated, artists, as well as a reminder that any rumours of the demise of this particular genre have been greatly exaggerated”, while DGR announced that “A Gift For The Obsessed proved to be one of my comfort-food releases for 2018, and the excitement of having The Absence back out there was just one of the many reasons I kept going back to this one”.

The album’s title track is the one I picked for this list. Andy lauded it as “an irresistible headbanger that immediately delivers your daily recommended dose of bombastic guitars and gymnastic drum work (courtesy of returning drummer Jeramie Kling) in the space of just over four minutes”. And I’m also going to borrow DGR’s words from a write-up he did when the title track first premiered through a music video (which I’ve embedded below):

“Powered by vocalist Jamie Stewart’s mighty beard, ‘A Gift For The Obsessed’ shows that The Absence will be continuing the path of the American melodeath band, launching full force into some quick-moving riffs that have the band standing side-by-side with their Swedish genre cohorts.

“However, special attention must also be paid to that excellent intro segment, which sees the group going from hair-metal arena rock ’80s guitar riff to Carcass in its solo in the span of thirty seconds. It is glorious and almost worth the price of admission on its own. Of course, it returns in part for the actual solo bit of the song, but man, that first taste is great”.

Okay… now for one more twist in the gnarled path of death metal. This next song, “Mortuary of Nightmares“, is drawn from Ecliptic Butchery, the latest album by Delaware’s Scorched.

This band has certainly received a lot more attention due to the strength of that album, but in my humble opinion they could do with a hell of a lot more — with this new album, Scorched achieved “can’t miss” status in my book (aided by the fact that the two live shows I’ve seen have been killer) — and I’m happy to continue doing my part. (For those who haven’t yet figured out how damned good they are, useful references might be Vastum, Suffocation, Cannibal Corpse, Extremity, Witch Vomit, Necrot, Exhumed, and Homewrecker.)

The song I’ve chosen (and I easily could have chosen others from the album), sounds IMMENSE. As always, the frequently changing drum rhythms (and remarkable execution) are a highlight. The song is massive and mauling — a galloping, roiling, booming monstrosity, loaded with gruesome guttural growls, sadistic mid-paced jackhammering riffs. and pulsating shrieks of guitar torture. You’ll find a pair of fiery, freakish solos in the song, and you’ll find that the music also soars in its bleakness — but ends in a slab of pile-driving brutishness.

3 Responses to “OUR LIST OF 2018’S MOST INFECTIOUS EXTREME METAL SONGS (PART 28): HEADS FOR THE DEAD, THE ABSENCE, SCORCHED”