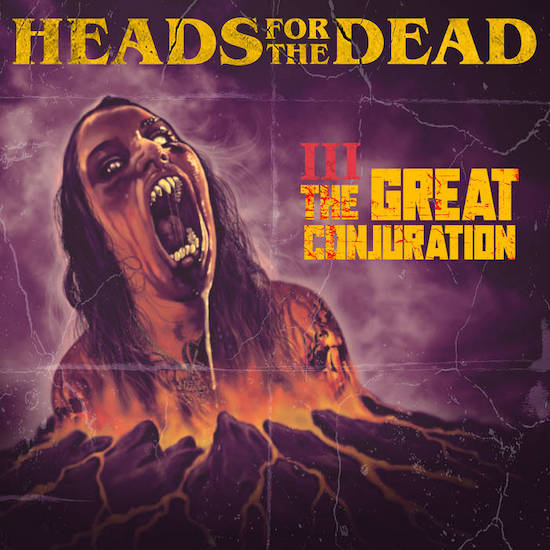 “Super groups” come and go, and more often than not they tend to go quickly, with the members pulling a “one off” stunt and then returning to their main projects. But sometimes the chemistry is so good, and the results so successful, that the groups live on. Such is the case (thankfully) with Heads for the Dead, who arrived on the scene with 2018’s Serpent’s Curse, made further hideous strides with 2020’s Into the Red, and are now running up to the September 2nd release of their third album, The Great Conjuration.

This new one continues the band’s gruesome addictions to supernatural horror in the trappings of chainsaw-powered death metal, and again unites the talents of Wombbath‘s Jonny Pettersson (guitar, bass, keys, FX) and vocalist/lyricist Ralf Hauber from Revel In Flesh, and this time they’re joined by Wombbath drummer Jon Rudin and by Matt Moliti from Sentient Horror, who performs guitar solos.

What we have for you today is the premiere of another song from the new album, to add to those which have already been scourging the ears and terrorizing the minds of the public. This one is called “The Breaking Wheel“. END_OF_DOCUMENT_TOKEN_TO_BE_REPLACED 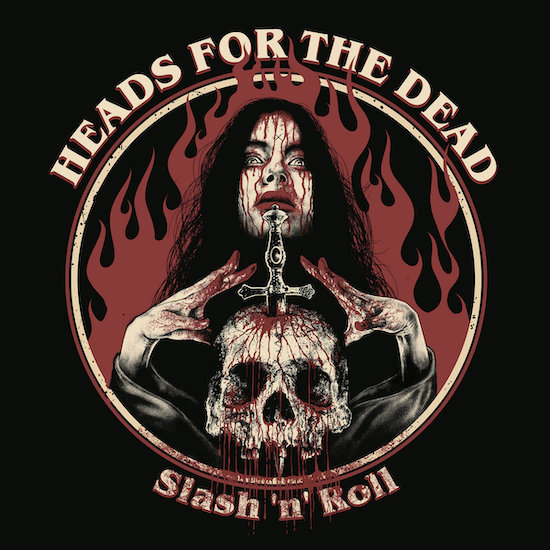 What we’ve got for you today is the band’s homage to “Maniac“, presented through a video that’s replete with over-the-top lyrical pathology and an abundance of blood-drenched film clips. END_OF_DOCUMENT_TOKEN_TO_BE_REPLACED 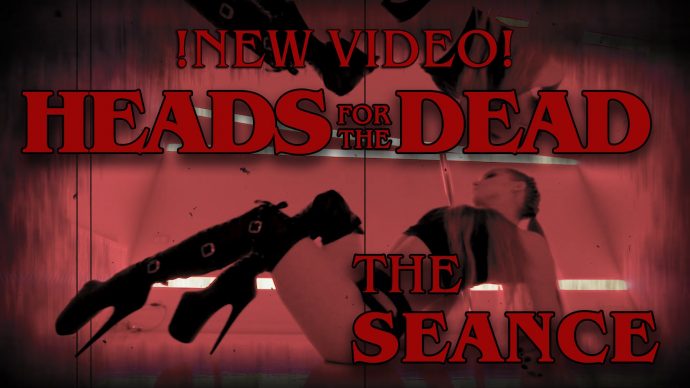 Soon, we will light the candles, join hands, and our seance will begin. Your mind’s eye will be opened to visions of the supernatural, entering a realm of wondrous horrors. But the eyes in the front of your head will witness visions of a different but equally wondrous kind.

Our seance takes the form of a fantastic music video, and for this entertainment ovations should be given not only to the maker of the video and the makers of the music but also to the performer who threatens to steal the show. END_OF_DOCUMENT_TOKEN_TO_BE_REPLACED 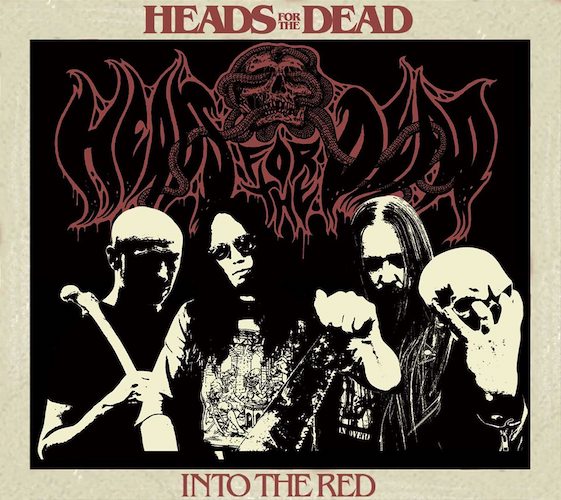 Roughly two years after the release of their Serpent’s Curse debut album, Heads For the Dead have risen from whatever moldering, lightless tomb where they’ve been hibernating, and they’re hungry… for your flesh. Or at least they certainly sound famished for the delights of crunching bones, rendered entrails, and gushing ichor based on the new song we’re about to present.

That debut album was a massive-sounding exposition of Swedish death metal with an attraction to the tropes of old-school horror, and an addictive work of mauling terror it was, as exemplified by our dropping of one of its tracks into our list of Most Infectious Extreme Metal songs that year. Based on this new song — “At the Dead of Night“, which we’re presenting through a lyric video — they’ve lost none of their ability to crush, rend, and frighten in the intervening time.

But before we get to it, that image at the top of this post isn’t the cover of their forthcoming sophomore album Into the Red — this is: END_OF_DOCUMENT_TOKEN_TO_BE_REPLACED

The first formulation of death metal in today’s installment happens to be a song we premiered last year from the debut album of this new group, whose impressive line-up consists of Jonny Petterson (Wombbath, Ursinne, Henry Kane, Pale King), who was responsible for the music and its production, and vocalist Ralf Hauber (Revel In Flesh), with Erik Bevenrud (Down Among the Dead Men) as the session drummer. To add to those names, Matt Moliti (Sentient Horror) performed guitar solos on three tracks, and Håkan Stuvemark (Wombbath, Pale King) soloed on two others. END_OF_DOCUMENT_TOKEN_TO_BE_REPLACED

I’ve been hungry for this new album ever since I first caught wind that it was on the way. That greediness was based entirely on finding out who was in the band, and the names of the people who had contributed as guest or session musicians. The leading roles were filled by the very busy Jonny Petterson (Wombbath, Ursinne, Henry Kane, Pale King), who was responsible for the music and its production, and by vocalist Ralf Hauber (Revel In Flesh), with Erik Bevenrud (Down Among the Dead Men) as the session drummer. And to add to those names, Matt Moliti (Sentient Horror) performed guitar solos on three tracks, and Håkan Stuvemark (Wombbath, Pale King) soloed on two others.

With that line-up and those additional contributors, I had little doubt this new collaboration, which goes under the name Heads For the Dead, was going to be good. The question was, how good? And the further question concerned the direction that Petterson pursued in the music. Death metal, of course, but that’s a very broad label, and Petterson has already proven that he’s capable of venturing off in more than one direction beneath that big banner.

Well, now we have some clues for you. One track premiered earlier this month from this new album, Serpent’s Curse, and today we’ve got a second one in advance of its release by Transcending Obscurity Records on September 24th. END_OF_DOCUMENT_TOKEN_TO_BE_REPLACED 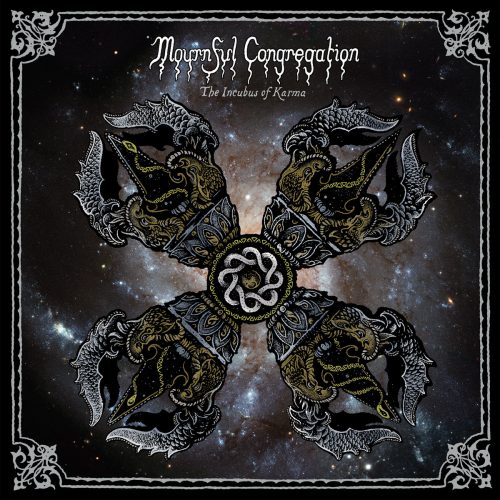 More than six years after their last album and almost four years after their last EP, Australia’s Mournful Congregation will release a new album named The Incubus Of Karma through 20 Buck Spin on March 23rd. This morning those details were revealed along with the album art — and the album’s first single, “Scripture of Exaltation and Punishment“. END_OF_DOCUMENT_TOKEN_TO_BE_REPLACED