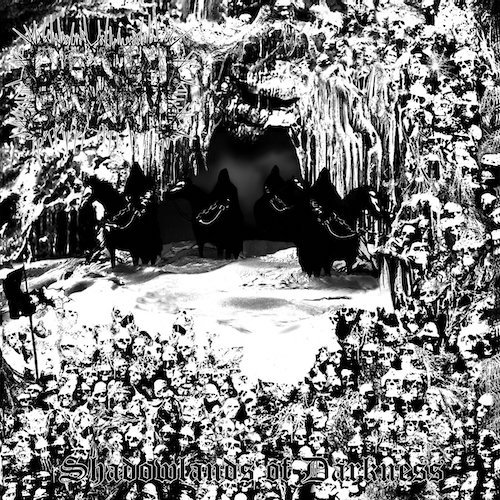 Musicians who are passionate about the ravaging sounds of gruesome old school death metal face a constant challenge when they try to create such sounds themselves: How do you wade into such familiar territory, well-guarded by devoted fans of those traditions, and emerge with something that’s still really worth hearing? If we think we’ve heard it all before, what’s required to give us a fresh jolt of electricity, rather than just another formulaic emulation?

The Swedish band Deathswarm have compelling answers to those questions. To surmount the challenges requires (first and foremost) top-shelf song-writing, plus veteran performance skill matched with authentic spirit, and a grasp of tone and production technique that makes the music sound truly monstrous. And those are the answers that Deathswarm deliver through their fantastic debut album, Shadowlands of Darkness, which will be released on February 25th by Chaos Records — and which you can hear in its entirety below. 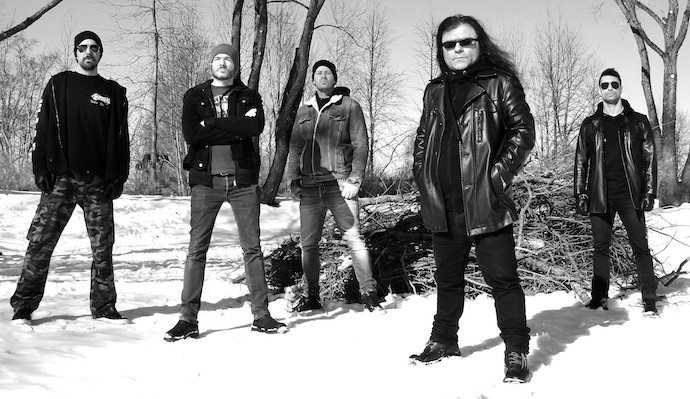 Deathswarm aren’t lacking in veteran skill and authentic spirit — the line-up includes three members of the venerable Swedish band Sarcasm. And they’ve got all those other ingredients in abundance as well. What they’ve created is an album that’s spectacularly electrifying and persistently neck-wrecking — a sinister and putrid amalgam that brings to mind a titanic hybrid of Bloodbath and Bolt Thrower, of Repulsion and Death, of Autopsy and Master, of Grave and Dismember.

It’s a fearsome and frightening experience, a combination of bombast and brutality, of crawling wretchedness and cadaverous putrescence, creating the intermingled atmospheres of moldering graveyards and carnage-strewn battlefields. They bring to bear an endless array of massive riffs guaranteed to vibrate your teeth (and to get stuck in your head damned fast), mountainous bass tumult, eye-popping drumwork that provides a guaranteed high-potency rhythmic drive but also detonates in bursts of head-battering extravagance; and a smorgasbord of neuron-firing solos.

Of course, music like this demands plenty of horror in the vocal department, and Deathswarm have that, too, in a vocalist whose cavernous roars, carnivorous growls, scorching howls, and blistering shrieks will put the hair up on the back of your neck.

The power of the music is immense at all times, but the band make the album a dynamic experience, constantly varying the pace as well as the moods (although all of the moods are ghastly). The opening triptych of songs puts all these qualities front-and-center. “Let the Flames Devour” delivers ripping, ravaging, drilling riffs and gunshot drum cracks that get your head moving immediately. The guitars discharge tremolo’d swarming fueled by a feverish cruelty, joined in harmony by the fiery ripple of frenzied leads and augmented by eruptions of astonishing drum acrobatics.

What follows across the remaining six tracks is music of equal vibrancy and macabre atmosphere. “Throne of a Morbid God” launches as a romping, punk-fueled track with a mix of bounding, bruising, and fast-jabbing riffage and wailing and haunting leads. True to its name, it slows to become a titanic piece of magisterial morbidity. That majestic air carries through into “The Great Execution in Emerald City”, which is lit up by an early incandescent solo — and then the song becomes a massive tank attack accented by hornet-swarm tremolo buzzing and queasy, freakish leads.

Boredom never sets in, as the band continue to deliver mid-paced juggernauts of sound, venomous, slithering melodies, maniacal assaults of hell-bound savagery, and slow, stinking crawls. All together, these tracks make for one of the best old school death metal albums of the year so far — and it’s hard to imagine that it will lose its fiendish appeal by year-end. 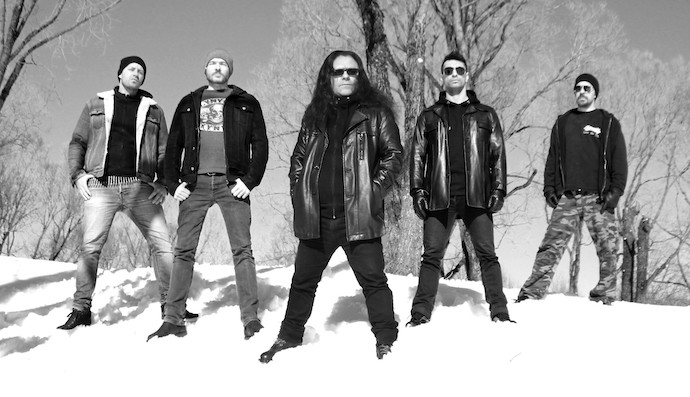 The album is available for pre-order now.

2 Responses to “AN NCS ALBUM PREMIERE (AND A REVIEW): DEATHSWARM — “SHADOWLANDS OF DARKNESS””