Torment, turmoil, and tumult flow through the music of Vesperine, a sense of defiance and desperation, and glimpses of hope that are too often revealed as phantom dreams.

Vesperine have located themselves within a long lineage of French storytellers and poets, fueled by the spirit of such imposing national figures as Hugo, Lamartine, Mallarmé, Rimbaud, and Verlaine, taking up “the eternal mantra of France and its passions”: “to hope, to sink”.

Musically, the sounds can be located within the darker spheres of post-hardcore and post-metal, with progressive and noise elements in the mix. References might be made to the likes of Amenra, Cult of Luna, Impure Wilhelmina, Neurosis, and Rosetta — but better than references, we have the music itself, one excerpt from their debut album Espérer Sombrer in advance of its March 22nd release through Apathia Records. The song we present today is “Nous, si photosensibles“. 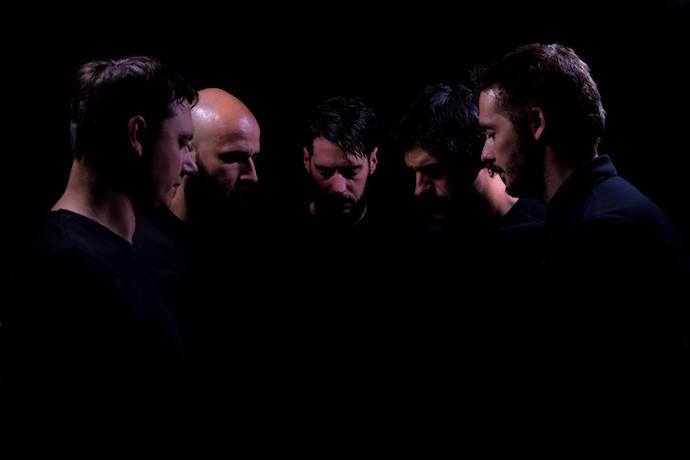 This is not easy listening, but then the perpetual struggle of human life is rarely easy. From the beginning, the song exudes pain and mental splintering. Even backed by a compulsive tribal drum rhythm, the shrieks of feedback, the clanging reverberation of corroded bass strings, and a melody that bespeaks incipient madness create a deepening unease, made even more disquieting by a melody that sounds mad, by the buzzing of a tension-filled riff, by a red-throated screaming voice, by a drum assault that clobbers your skull and slugs your gut.

Even when the explosive drumming takes a break, and there’s nothing but strummed chords and gasping spoken words, there’s no real relief from the torment. Suddenly, a measure of relief seems to arrive after you think the song has prematurely come to an end — a slow, wafting breeze of moody, ethereal notes and moody clean vocals. But when the drums return, in slow megaton blasts, and the guitars moan and whine, the agony returns, even as the vocalist soars.

The song is already a gripping experience, but Vesperine haven’t finished with us. The drummer launches into a riveting demolition job; the vocalist shrieks his lungs raw; the guitars generate a cacophonous storm; everything claws toward a final plateau of brain-rending intensity. 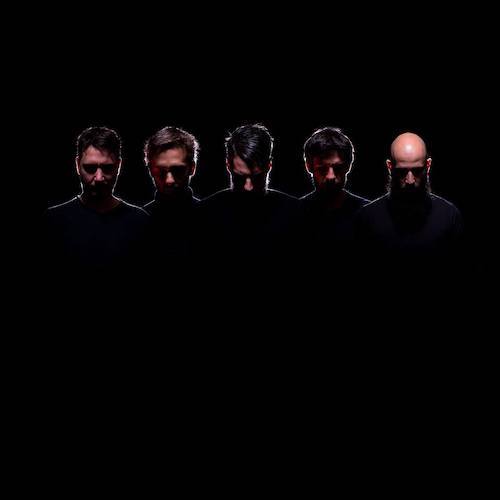 This new song is a powerful taste of what Espérer Sombrer has to offer, but you can experience a substantial second excerpt as well. Just below our stream of “Nous, si photosensibles” you’ll find the previously released track “Celui Que L’Ombre Pénètre”. Look for the album via Apathia Records on the 22nd of March — pre-orders are available now.