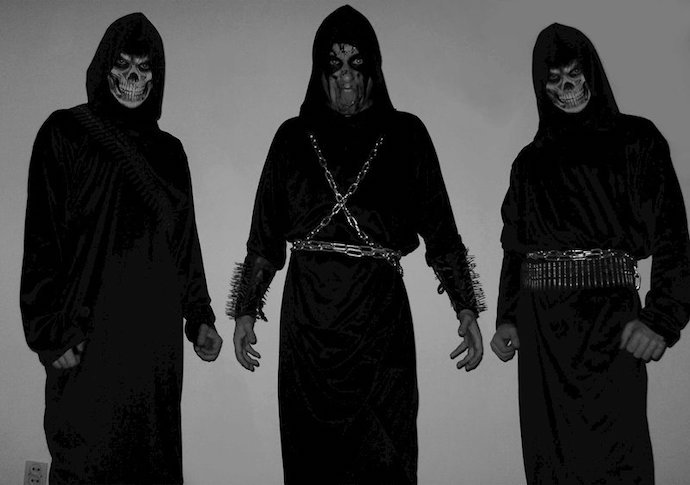 Sometimes the wishes we send into the void are granted. Last month, after hearing the first advance track off the debut album of the Norwegian deviants in Goatkraft, I publicly proclaimed that such a sulphurous spell of black pestilence had left me hungering for more, and since then my hunger has been fed by a chance to hear the album as a whole. What’s more, I have the opportunity to infect your mind with another new song from the same record (spreading infection is such a rewarding experience).

The song we present today is “Goatkraft’s Command“, and it further confirms Goatkraft’s command over the weaponry of bestial black metal, as fully and ferociously revealed on Sulphurous Northern Bestiality, which will be released by Iron Bonehead Productions on March 22nd. 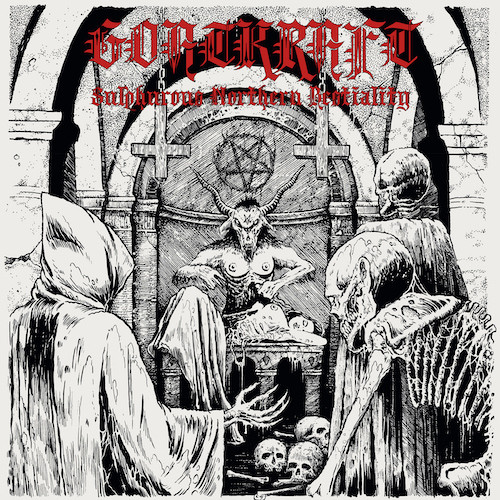 That first song revealed from the album, “Spell of Black Pestilence”, was decidedly crude, rude, and primitivist, just as the press material claimed. As manifested in that track, Goatkraft pray at the altar of Blasphemy and genuflect toward Black Witchery, and they seem to have schooled themselves in hypnosis, too. There is indeed a creepy mesmerizing quality to that song. The dismal, sadistic melody generated by the tremolo’d riffing methodically rises, falls, and morphs into increasingly miserable and mangled forms. The chords come in dense waves, in contrast to the thoroughly maniacal drumwork and the equally maniacal vocal expulsions.

The new track is also a completely vicious demon, given shape in sound by rapidly thundering drums, a blast of thick, savage riffing, and the kind of nasty howls and blood-freezing snarls one might expect from the throat of  the chief madman in an asylum for the criminally insane. The riffing generates a toxic fog of grim and gloomy oppressiveness, segmented by grandiose crashing detonations, but becomes increasingly violent and deranged (the vocals do too). By the end, there’s a feeling of uncontainable beserker fury in the music, mixed with an atmosphere of tyrannical imperiousness and militaristic lethality.

Iron Bonehead will release the album in CD and LP vinyl formats on March 22nd. Watch the spaces linked below for more details.