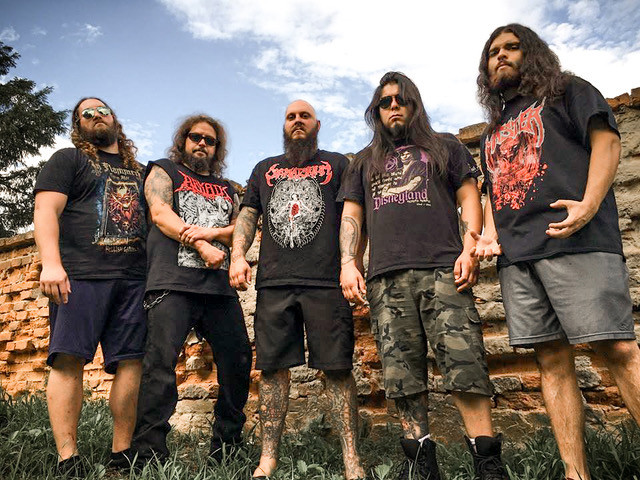 Sacrificial Slaughter‘s four tracks on the split (all of them new original songs) add to a discography that now includes three full-length albums dating back to 2002 and a collection of shorter releases, the most recent of which was the Generation of Terror EP in 2017.

What we have for you today is a lyric video for a breathtakingly ferocious track from the split entitled “The Separation of Innocence“. The subject matter deals with a horrid subject that has been dominating the headlines in recent weeks, and discharges the kind of explosive fury that the subject matter demands. 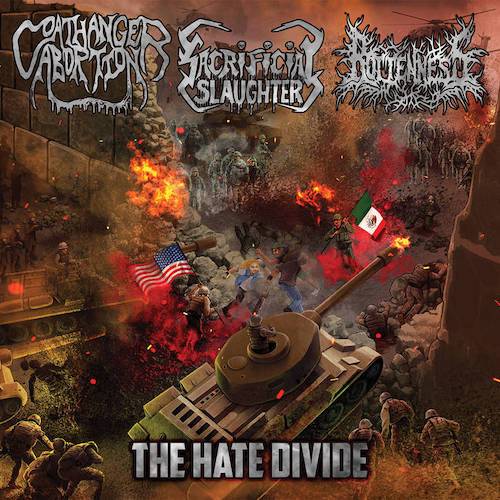 From the first instant “The Separation of Innocence” throws us into a war zone of rampant, destructive mayhem, with supercharged drumming that sounds like heavy caliber weaponry and a blazing riff that seems capable of cutting through flesh like a phalanx of overheating machine guns.

The speed and violence of the music are unrelenting, with all performers operating in the red zone, generating an assault of skittering, slicing fretwork and full-throttle percussion, with the rage in the music given added fuel by the roaring, shrieking vocal extremity. Coupled with all this adrenaline-fueled, blood-rushing barbarism, the song is also a neck-wrecker, with a murderous, pile-driving groove in the final minute that sets us up for a final assault of blood-lusting savagery.

It’s a hell of a song, presented through a video by created by Deadtoday Productions that makes good use of the cover art, and the band’s other three tracks on the split are just as stunningly explosive, the kind of hurricane-force death/thrash that will leave even hardened listeners gasping for air. 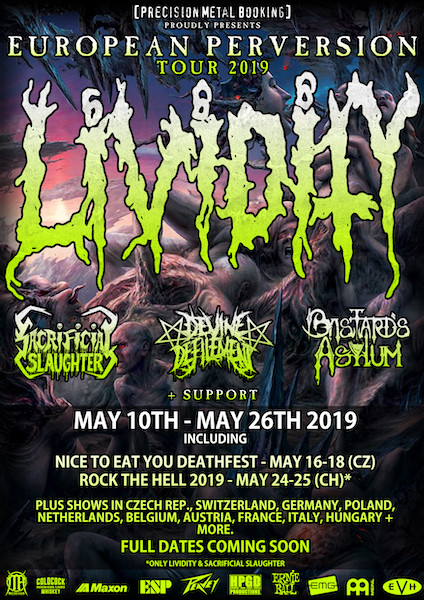 This year the band will be returning to Europe as direct support for Lividity on The European Perversion Tour 2019 in May (which will include performances at Nice To Eat You Deathfest and Rock The Hell 2019), and they are also working on new material for their forthcoming full-length planned for 2020.

For more Sacrificial Slaughtering info, and to pick up The Hate Divide, check the links below.