(Here’s the February 2019 edition of THE SYNN REPORT, and this month Andy reviews the collected discography of the Pennsylvania technical death metal band Aletheian.)

According to my most recent count I’ve got close to 100 potential entries for The Synn Report lined up, some of which deal with current bands whose back-catalogues I think deserve a second look, some of which look at bands who are no longer active but who are well worth checking out all the same, and some, like today’s entry, which feature bands whose situation is currently unknown.

For the February 2019 edition I’ve elected to go back in time a little bit and touch on the short, but oh so sweet, discography of one of Technical Death Metal’s most underappreciated artists, Pennsylvanian riff-wizards Aletheian.

Formed in 1997 under the name Crutch, only to change their name in 2003 following some major line-up changes, the band currently have three albums to their name, each of which err towards the more cerebral and progressive end of the Tech-Death spectrum, with a particular emphasis on complex song-structures and creative melody rather than frantic fretwork fireworks.

And while not much has been heard from the group since then, there were some rumblings a few years back that a new album was in the works, so while this may be the first you’re hearing about the band for some of you, hopefully it won’t be the last! 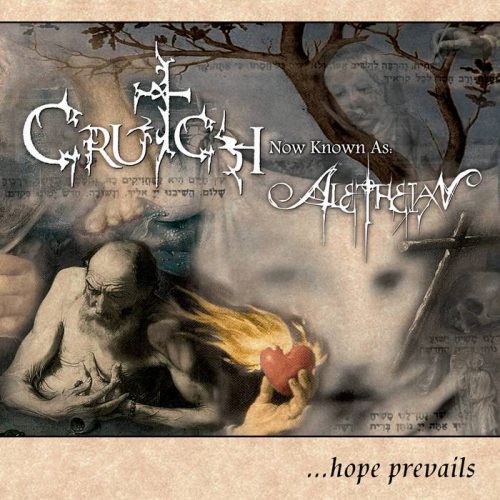 First released under the band’s original name but, for the purposes of this column, generally counted as their “unofficial” debut, Hope Prevails may possess a certain roughness to it (that one must attribute to the exigencies surrounding its creation) but that doesn’t mean it’s not also brimming with potential.

Opener “Break in the Clouds” is a great introduction to the band and their sound for anyone not yet familiar with them, as it features a striking mix of deathly heft, subtle technicality, and ostentatiously progressive melody, something which the group would only go on to develop further into their own signature style over the subsequent years.

“Embrace the Beauty” is even more proggy and melodic than its predecessor, but also features some immediately impressive drum work and some surprisingly weighty grooves (not to mention a fair bit of technical shred), while “Cold Dark Whisper” is the album’s heaviest and most aggressive track so far, with a much punchier riffing style and a much colder, much darker, vocal delivery.

Both “Illumination” and “Wounds of the Tongue” keep things on the heavier side of the scale with a mix of chattering, ballistic rhythms and rapid, finger-twisting riffs – with the latter in particular upping the ante with an extra dash of scattergun blastbeats and churning chugs – while the expressive “Awe and Disbelief” and the visceral “Voice of Love” switch back to a more progressive and melodically-inclined approach, albeit one still underpinned by some surprisingly weighty riffage and unexpectedly aggressive percussion at the same time.

The acoustic intro and outro of “Obscured Reflection” continues to demonstrate the band’s versatile methodology, bookending the song’s intense middle section with some introverted, introspective melody, after which the climactic strains of “Proverbs” finish things off in a suitably tech-tastic and progged-out (just check out that bass work) fashion.

Something of an underappreciated milestone in early Tech-Death circles, Hope Prevails is a fantastic way to start off your education into Aletheian’s many good works, as well as a great way to start getting into the genre in general. 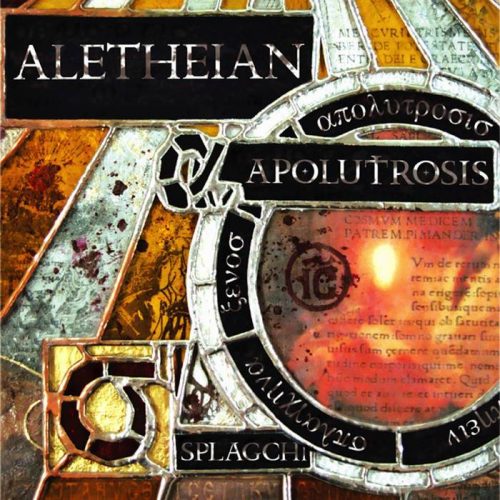 Originally conceived as an EP, but then expanded into a full on concept album, Apolutrosis was the band’s first release under their new name, and served as a serious statement of intent as well as a showcase for how much their sound had grown and developed in the intervening couple of years.

Beginning with the strange, multi-voiced (and musically minimalist) introduction of “Hamartia – Movement I”, before moving seamlessly into the much more intense Tech/Prog attack of “Hamartia – Movement II”, Apolutrosis features a much more dense and complex style than its predecessor, with even greater interplay between heavy, hard-edged riffage, moody melody, and poignant, progressive elements, including the injection of both fretless bass and eerie clean vocals which recall the similarly seductive style of Obscura.

Following the unsettling, multi-tracked vocals of “Exalephein – Movement I”, “Exalephein – Movement II” goes for a much more propulsive, energetic, and melodic approach, powered by some riveting, rapid-fire drum work and spiky, angular guitars, while also incorproating some shamelessly hooky (not to mention proggy) lead guitar work and clean vocals along the way, leading into the scintillating instrumental strains of “Splachgna”.

“Xenos – Movement I” starts off in truly ostentatious style with a blast of almost Power Metal-esque shred, before transforming into something much heavier, much darker, and much more Death Metal, only to then switch gears once more right at the end and shift into a much more brooding and progressive form, after which the heavyweight rhythmic chuggery and spectral synths of “Xenos – Movement II” work their magic to keep your head nodding even as you’re constantly kept on your toes, waiting for the next surprising shift.

Closing with the classy instrumental interlude of “Postlude” (also know, in some corners, as “Benediction – Movement I”) and the precise, almost playfully melodic, fretwork of “Benediction”, Apolutrosis is the sort of album that makes a strong first impression, but one which only gets stronger on each subsequent re-listen, and is well worth investing time and effort into if you’re a fan of the more creative and expressive side of Death Metal. 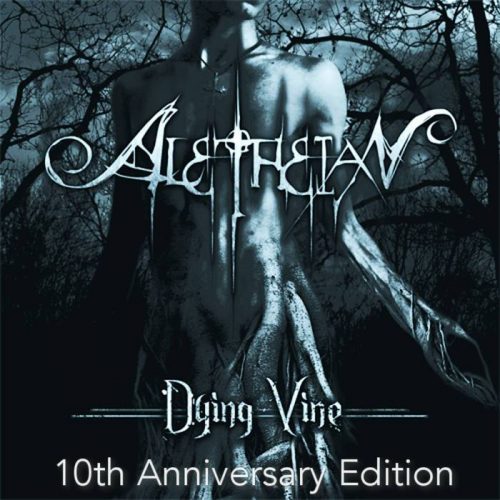 As the band’s inarguable piece de resistance (so far at least), Dying Vine takes everything which made their previous two albums so captivating and cathartic and simply ramps up the power and intensity behind every aspect of their sound, kicking off with the seething strains of “The Paragon”, which is simultaneously the band’s heaviest, and most melodically expressive, song yet.

It’s also worth mentioning straight away that, even though the band’s blend of subtly complex percussive patterns and cleverly twisted riffs often err towards the progressive end of the scale, they’re also incredibly hooky and headbangable at the same time, something which the chunky rhythms, spiralling solos, and intertwined harsh/clean vocals of “Broken Legacy” serve to highlight in impressive fashion.

“Out From The Shadows” features both some of the band’s heaviest riffs and some of their moodiest, most progressive melody work, in a brilliant showcase for the group’s ever-evolving, multi-layered songwriting style, after which “As The Fall Breaks” mixes exotic bass work, hammering riffs, and harsh, throat-rending vocals (along with some aching emotive cleans and brooding acoustic guitars) in an even more multi-faceted display of Prog-Metal magic.

The off-kilter rhythms and frenetic percussion of “An Open Grave” contrast nicely with the song’s unpredictable melodic undercurrent, while the surprising injection of staccato blastbeats and nimble, finger-picking acoustic strings at the end of “The Shepherd’s Fold” serve a similarly contrasting, yet complementary, purpose when set against the song’s spacey synths and pneumatic riffs.

Penultimate track “The Dividing Line” ups the aggression another notch, while also finding space for some haunting background cleans and soaring lead melodies amongst all the frantic drums and massive, metallic riffs, after which the labyrinthine Prog-Death of “A Call to Arms” brings things to a close in a whirl of taut, technical riffage, cascading percussive patterns, and raging vocal invective.

It really felt like the band were on the cusp of something truly special with this album, so I have my fingers crossed that one day we’ll see a follow-up appear, as who knows how good that could/should be?