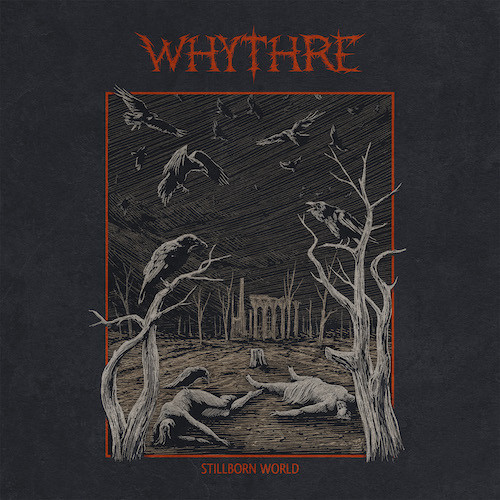 If your ass has been dragging, beaten down and disgusted by the daily grind, strapped for sleep, short on cash, and your reservoirs of hope running low as well, we’ve got a sure-fire antidote for most of those ails. Granted, it won’t put any cash in your pocket (though it won’t demand any from you either), but it will make you feel a whole hell of a lot better. And if you’ve got a bellyful of rage you’d like to get out of your system, what you’re about to hear will provide some catharsis for that, too.

What we’ve got for you is a premiere stream of Stillborn World, the explosive new EP by Whythre, which is being released today as a name-your-price download on Bandcamp. It really will make everything better, at least as long as you’re listening to it. 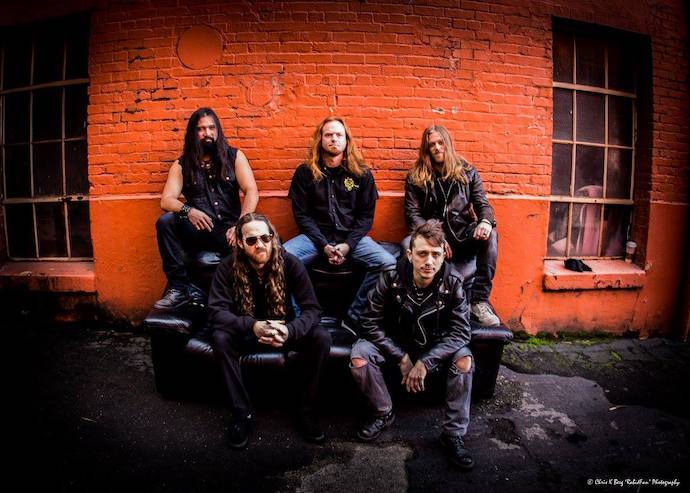 Whythre is a Seattle-based melodic death metal band whose line-up includes vocalist Gabe Tachell (whose band Rhine we’ve written about in glowing terms before) and drummer Daryl Williams (from Beltfed Weapon), along with guitarists Adam Chambers and Shon Petrey, and bassist Jesse Thompson. Together they’ve cooked up a three-track thrill-ride — three compact songs that ride the lightning almost from beginning to end.

Whythre launch the EP with a head-spinning burst of savagery in the title track, “Stillborn World” — a full-throttle combination of jolting riffery, battering drums, and scorching vocal tirades, interspersed with bouts of galloping and pounding and laced with flurries of electrifying fretwork and blazing melody. The soloing in the EP is part of what makes it so damned exciting, and the sparkling one in this song propels it to even greater heights of rampant exuberance.

A thrashy riff riding a beefy, turbocharged bass line rockets “Angels Ye Have Fallen” out of the starting gate, and the guitar work then writhes and jabs, darts and swirls, and erupts in a face-melter of a solo, while Tachell seems to turn himself inside-out with his unhinged shrieking.

The EP ends (way too soon in my book) with “Savage“, a track first released last year as a stand-alone single. The song’s opening represents a change of pace, presenting a slow, melancholy, dual-guitar harmony that’s the only chance you’ll get on the EP to take a few breaths. But breathe quickly because that break doesn’t last long before the band kick into racing gear again (and kick your adrenaline into overdrive again too). The drums snap and boom; the nimble, pulsing bass work amplifies the song’s rushing, head-moving rhythms; the guitarists deliver rapid-fire punches, fiery soloing, and fluid melody; and Tachell‘s vocals are again scalding in their intensity.

On top of recharging the energy in your depleted batteries, the songs on this EP also turn out to be damned addictive.  It’s very easy, at the end, to just go back to the beginning and ride this lightning again… and again. 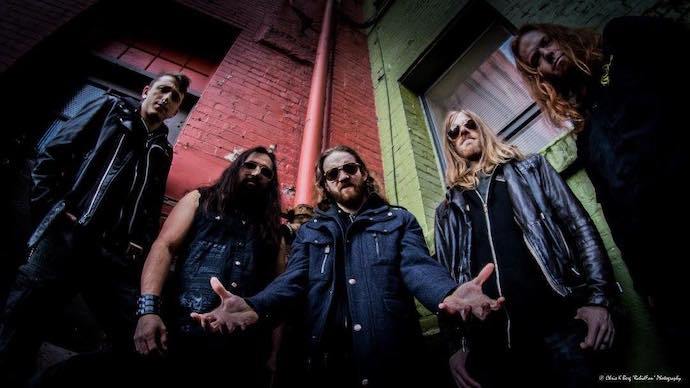 As mentioned, the EP is out now on Bandcamp and available for download. And if you’re within shooting distance of Seattle, you can catch Whythre live when they open for Hypocrisy and Fleshgod Apocalypse at El Corazon on April 13th.