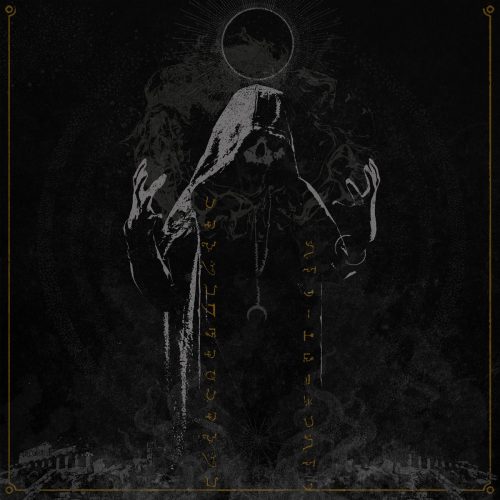 (This is DGR’s very enthusiastic review of the new EP by the Russian band Moro Moro Land, which was released on February 20.)

I enjoyed the hell out of the Russian group Moro Moro Land‘s 2015 EP Through. The combination of dark atmospherics, the smoke-tinged reverb-haze that seemed to surround the band, and the metallic-hardcore with which the band built that EP really struck a chord with me. To this day, Through remains a constant listen. While the “Something In The Way” cover plays it relatively straight, it also does a fantastic job of demonstrating the filter through which Moro Moro Land put their music. If you’re familiar with the original then you’ll hear how the songs prior to it were formed and then “painted ugly”, just to add a fine layer of dinge to an already heavy experience.

Which is why learning through our very own web site about the group’s followup Smirenie, four years after its predecessor, put me in two very distinct moods. I felt like an utter dipshit for learning through our own news about a band I had gotten used to regularly checking up on myself, and I was also incredibly excited — because if the Moro Moro Land crew could inch anywhere close to Through again, then the Smirenie EP was going to be something that would be very easy to recommend.

At a little over twenty minutes in length, if the question is whether you should give Moro Moro Land‘s new EP a shot, then the answer is relatively simple: Absolutely yes. 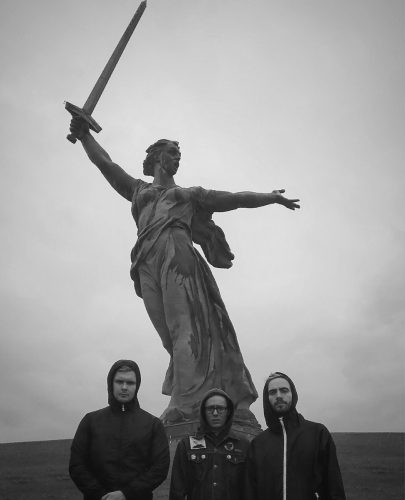 Released on February 20th of this year, Smirenie picks up right where Through left off. As a sign of what’s to come, opener “В никуда” not only shows that continuity, it also demonstrates that the band must have been through hell in the four years since the last release. The music is instantly angrier and moodier than its predecessor, and much more in line with the general nihilistic streak that seems to be carving its way through the underground hardcore-inspired metal scene.

A little bit heavier on the black-metal blast than what’s displayed on Through, “В никуда” basically hits the ground running and leaves Moro Moro Land going on a tear through the first couple of songs on this EP. It also adds them to an ever-growing list of groups who have decided to use the last speech from the film The Great Dictator; though it’s not too difficult to understand why groups in the metal and grind scene might find an increasing attraction to that specific set of words, it has popped up a lot recently.

“В никуда” practically spills into the following song, the two quickly becoming a pair as the moodier “В никуда” leads into the more in-your-face and driven “Сами не уйдут”, which kicks things into high-gear from moment one. It’s not so much a segue as it is a piling over, like a crowd attempting to all leave through the same door. Where the opener is focused on hefty usage of a movie sample, atmospherics, and a mid-tempo pacing, “Сами не уйдут” is all about ratcheting up the speed and intensity — hence the two feel like one movement of the overall EP.

The latter is the quick-moving headbanger to be found within the twenty minutes you spend here, the song contrasting well with the earthen-groan and gloomy, bass-driven opening of Smirenie’s third song, “Место в раю” — which proves to be one of the most dynamic and cinematic on the whole EP, shifting tempo multiple times throughout and crescendoing in a final cascade of yelling.

If, however, you’re desiring another fast track and one where the band earn the hardcore part of the self-described blackened hardcore label, then the first minute of Smirenie’s fourth song “Удел” should have you covered. It even has a build-up to what could’ve been a combo breakdown/shout-chorus if Moro Moro Land hadn’t taken advantage of the opportunity to completely sideswipe the listener by going into a chunkier-groove and then a legit blasting section that is almost apocalyptic for how brief it is.

But that leaves plenty of room for “Не простят” to wreck house instead as the EP’s closing track. Moro Moro Land begin the song with an angular rhythm that just hints at how much the band are going to throw themselves all over the place in the last song’s five minutes. The group shift from that angular rhythm to heavy groove, and to an absolutely massive blastbeat section a little after two-minutes into the song which, like the blast section in the song prior to it, seems to immolate itself just as it is getting started.

Easily one of the more white-knuckle, adrenaline-rush style songs of the disc, “Не простят” only lets off the gas a bit in its back half, becoming a fantastic way for the band to just yell over everything — making the presence of a legit guitar-lead melody amongst all of the chaos all the more surprising, especially as Moro Moro Land fade out Smirenie on it.

Picking up right where they left off is a perfect move for Moro Moro Land. Smirenie pairs up excellently with Through, so well that if you were not aware of the four-year gap between them, they would together feel like a fiery full-length release. The group’s fusion of genres is accomplished with such ease that you can’t help but be slightly jealous. Moro Moro Land are a perfect snapshot and microcosm of the trends working their way through the underground metal scene right now, and their execution of that smoke-filled haze and reverb-soaked atmosphere is second-to-none.

Hopefully there won’t be such a huge gap between releases for the group this next time, as Smirenie demonstrates that they have clearly struck onto something here. Should the band be given the opportunity to stretch their wings even further, you better believe it is going to be something to look forward to.