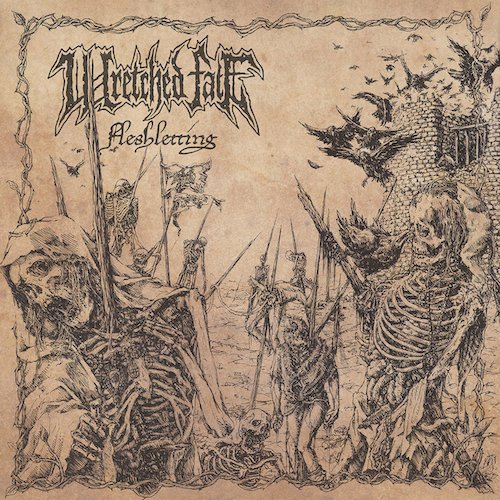 When Old School Death Metal made its initial comeback, there was a welcome focus on the kind of Punked-up, hyperprimitive violence as best exemplified by Autopsy and their ilk. This particular approach is certainly fruitful and, for many, will never grow old, but it’s great to see other acts dive into other Death Metal discographies and come up with material that, while not technical the way the term is used today, is certainly more accomplished than the aforementioned OSDM acts.

One such band bringing their particular brand of pain is Swedish killing unit Wretched Fate on their album Fleshletting, which just came out on Redefining Darkness. At first glance, this album reeks of their Swedish heritage in the best possible ways. Furious d-beats, check. HM-2 distortion, check. Graveyard stench, check. But there’s more to this concoction than just rehashing old Dismember and Entombed records. 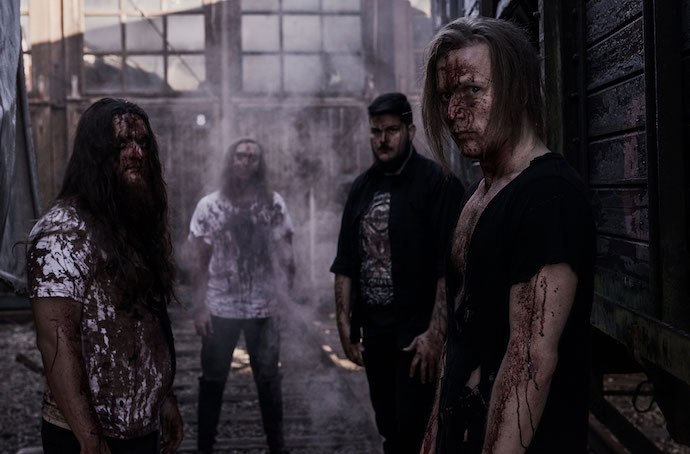 Much like Bloodbath, the members of Wretched Fate certainly seem to own multiple copies of Morbid Angel’s first three or four records. Just check out the album’s second track, “Only Death to Abide”. The pace is a crushing mid-tempo affair with vocalist Adrian Selmani spewing forth a commanding vocal line like David Vincent in his finest moments. Meanwhile, the guitar riffs oscillate between Swedish and Floridian bouts of brutality, but the leads find the sweet spot somewhere between Trey Azagthoth and the Hanneman/King tandem.

As the album progresses, a variety of influences seem to surface while never straying from the OSDM atmosphere. Notice the way blast beats are twisted into strange configurations, particularly on “Altars of Misery” and “Taker of Souls”. Drummer Samuel Karlstrand deserves special mention for his fantastic performance throughout the record. Meanwhile, “Fear Expulsion” constructs a riff maze full of any number of convulsive twists and turns that will leave most listeners beautifully perplexed. The guitar and bass dance a strange jig with the drums the entire length of the tune. One might call it progressive, yet the sound is far too raw and punishing for the tag to seem to really fit.

And there are number of moments throughout Fleshletting where, over the top of the Swedish-sounding riffs, there is another layer of guitar work that seems more indebted to classic Emperor tracks. This seems of particular import on the aforementioned “Fear Expulsion” and later track “Epitaph”. Also, there are moments throughout the album where keyboard swells and choral chants reside behind the riffs, not only enforcing the suspicion of an Emperor influence but also adding an overall atmosphere of dread and horror. Add to this a few horror movie samples and the feel of the album is complete. 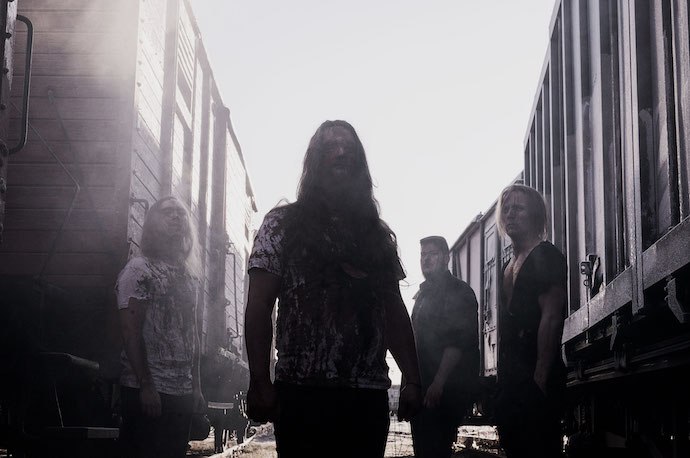 Wretched Fate probably won’t be considered a groundbreaking band by most standards, but there’s such a natural blending of influences and attention to detail that it would be a crime to consider them regressive or merely a stylistic tribute to Swedish Death Metal. Fleshletting, despite its obvious love of the genre, is so well written that it still manages to hold surprises around each and every corner of its twelve tracks. And while it just came out in February, I certainly think this is a strong contender for my year-end list.