(DGR reviews the newest album by Finland’s Swallow the Sun, which was released on January 25th. All photos accompanying this review were made by Jussi Ratilainen.)

Of all the reviews that are currently piling up on this end of the internet spectrum — and every year there will always be a handful in this situation — Swallow The Sun‘s latest album When A Shadow Is Forced Into The Light (released at the tail end of January) is one of those which has taken the longest to write — and not because you’re viewing the result of a drunken bet to see how many words we can fit onto a page.

There’s a whole swath of reasons for that: 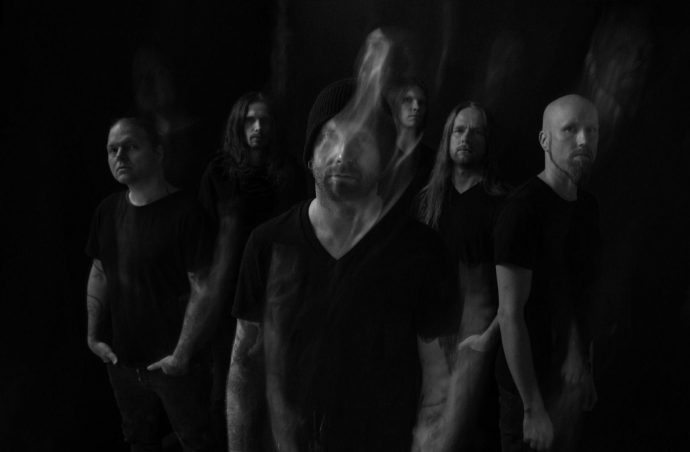 When A Shadow Is Forced Into The Light may be the softest and most clean-sung record Swallow The Sun have done to so far, and the result is an almost complete genre-shift for the band from its doom-heavy roots to the more quiet and melancholic-minded style. It finds the band in a realm similar to acts like Hanging Garden, whose own recent few releases could be viewed as musical kin to this disc given the similar cold atmospherics the band plays with and the quiet and pensive lyrical approach.

Yet the bigger reason is that When A Shadow Is Forced Into The Light may be one of the most context-sensitive albums to date, a release that cannot be divorced from the circumstances surrounding it. The background surrounding the album has been repeated so often, yet you still can’t help but feel like you’re vicariously peering into a fresh, real, and painful situation, treating it as more than a bullet-point of information.

It’s also been difficult to write about the album because listening to it also feels like the continuation of a story that began on some entirely different release, and that the two combined (along with the miserable, mostly ambient single Lumina Aurea) paint the picture of an individual only beginning to recover from the death of a loved one. 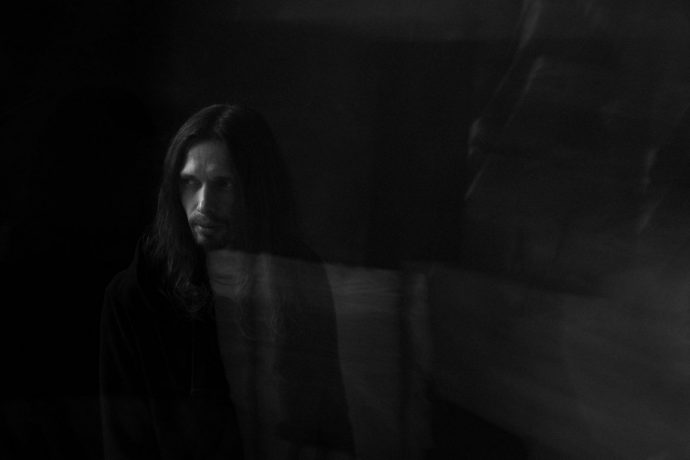 Swallow The Sun‘s career has been made from subject matter of the mournful and grim type, dealing with sorrowful situations that have had their roots in fiction, folklore, and quietly personal experiences.  When A Shadow Is Forced Into The Light brings its inspirations into the spotlight, much like the album title foretells.

Founding guitarist Juha Raivio has been recovering from the passing of his significant other and longtime artistic partner Aleah Stanbridge. He has kept busy in that time as well. It has resulted in the late-2016 release of Trees Of Eternity’s Hour Of The Nightingale and the 2017 release of Halatar’s No Stars Upon The Bridge. It is the slow process of recovery that seems to have colored much of When A Shadow Is Forced Into The Light.

In some ways, the album feels like the opposite side of the musical coin from the aforementioned Halatar release. Halatar‘s release was a slow, crawling, doom-leaden, and at times miserable work — if you need a parallel, think of Disc 3 from Swallow The Sun‘s previous Songs From The North.  When A Shadow Is Forced Into The Light is still a brooding and miserable affair, but it has a very cold and detached nature to it, and yes, it can at times seem slightly hopeful, even acknowledging the genesis from which it came.

The album still contains many Swallow The Sun hallmarks and sees the band joined by a new keyboardist, Jaani Peuhu, and a new guitarist, Juho Räihä — whom some might recognize from Gloria Morti, a band whose high-speed precision and thickly layered death metal would seem to signify that he’d taken a sudden turn if he hadn’t done three albums with Before The Dawn as well.

While the opening few segments of this new album may have people thinking that the band were fully traveling down the path they had carved for themselves on the second disc of Songs From The North — the softer, mostly acoustic one — it is more of a condensed version of the first two discs of that album, with the penchant for distant atmospherics winning out in just about every battle. At times it can seem to have become detached from its own music, shifting from sweeping keyboard swells and crushing guitars into quiet moments where even the drums have a tiny bit of echo effect and sound as if they’re coming from another room.

Mikko Kotamäki still has plenty of opportunities to let out a low, earthen growl and his more recently used high scream on this release, but he does so in moments where those sounds are weaponized. His singing voice is a main driver for many of the eight songs present here, the highs and lows used to dynamic effect to amplify more intense moments of each song — often reserved for the chorus or, in the case of “Firelights” in its closing third, not too dissimilar to what you hear in “Cathedral Walls” from two albums prior, which also has a sudden shift from the moody and pensive to the suffocatingly heavy in its last segments. 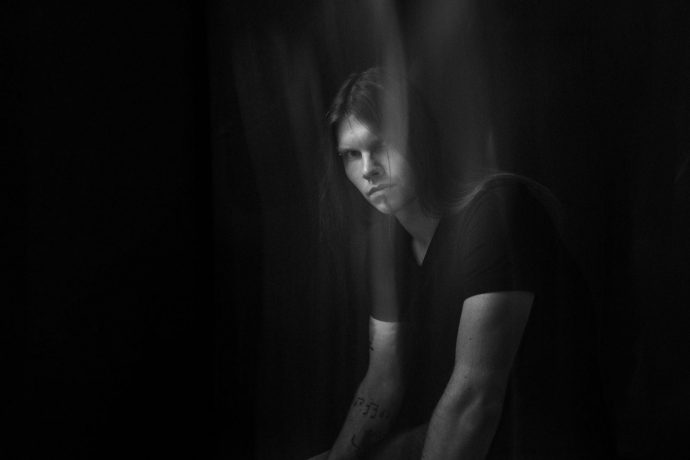 The album’s opening song is also its title track. It lays down much of the groundwork for what When A Shadow Is Forced Into The Light explores in its fifty minutes. Where the disc really begins to shine is in the following song, “The Crimson Crown”. The title track has a sense of familiarity to it. The constant dynamic shift between the intense crashing of its chorus and the softer movements in between provides a bit of a homecoming for Swallow The Sun fans, but it’s also a way to ease people into the disc’s more withdrawn world.

“The Crimson Crown” has an absolutely gorgeous opening, and while most of it is clean-sung, the quiet guitar refrain softly drifting in and out over the entirety of the song makes the music ascend to a whole other realm. Instead of sounding like a soft Swallow The Sun song, every instrument within “The Crimson Crown” moves with purpose. The strings and bass line that dominate the middle of the track help keep the song moving while it seems like the rest of the band intends to fully pull back before returning for another massive chorus. It is an early-album highlight that never gets too heavy but is one that will likely stick with many listeners even after the disc wraps up. 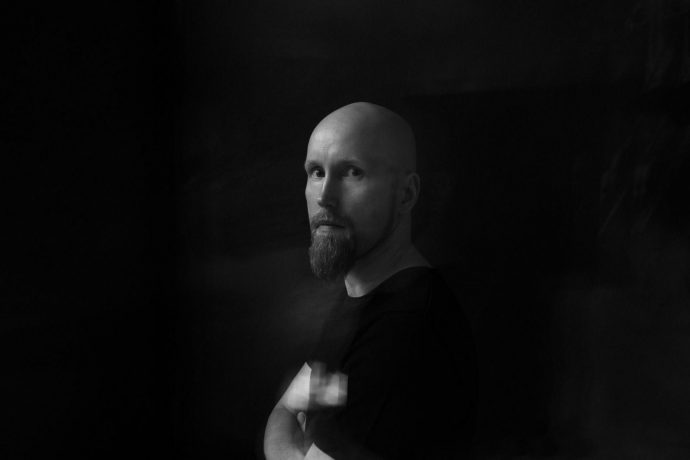 “Upon The Water” follows in a similar vein. Many of the songs open with a faraway guitar melody but this is one of the heavier tracks on the album. While the vocals are mostly clean-sung up front, the backing vocals are a constant and anguished yell, and even though this is a disc focused much more on creating atmosphere and allowing the listeners to drift and envision the frozen landscapes that Swallow The Sun are experts in conjuring, there is an absolutely massive groove during the “Cast all the demons in the sea” passage of the song that makes up the chorus.

The following song, “Stone Wings”, pulls off the different-side-of-the-same-coin approach with another six-minute-plus track length and heavy focus on strings for much of the melody. It is one of the many examples of songs on this album that could be described as beautiful. While there are those who may miss the funereal doom approach that Swallow The Sun are known for, the band have developed an expertise in making gorgeous passages of music that combine the myriad keyboard melodies with frail-sounding guitar work, so that when a song does get absolutely heavy — as “Stone Wings” does — it hits for maximum impact. 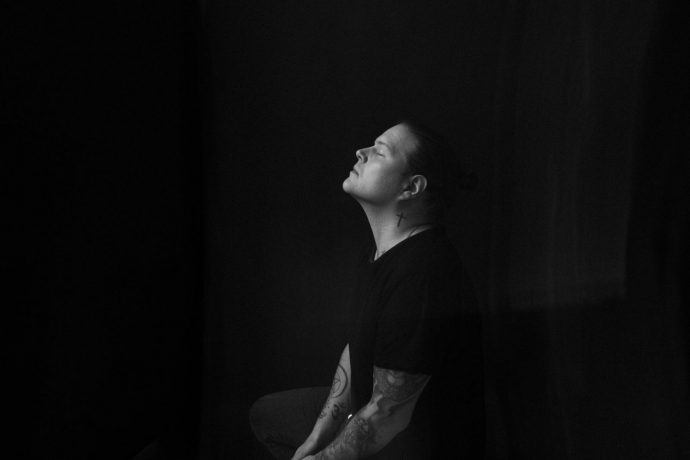 When A Shadow Is Forced Into The Light could not have ended in any way other than how it closes with “Never Left”. The final words of the album, “but you never left”, is a heartbreaking maneuver. Lyrically the song is the most bare and raw that Swallow The Sun have been in a long while, and the song ties the whole album up neatly: The disc opens with a seven-minute song and closes with another; the opener is crushing and full of despair, the closer is just as miserable but pleading and more inwardly focused.

Even though the lyrical theme of the song doesn’t suggest it, “Never Left” isn’t as outwardly explosive and anguished as a few of its compatriots on the album and it does provide a tiny bit of light at the end of the tunnel — more than what it hints at in its opening moments, especially with the constant call of “Please light, don’t let me win” echoing throughout the song until the band shift into that final instrumental swell and end on the aforementioned “but you never left” segment.

As mentioned way back in the ye olden times that was the opening paragraph, it is exceedingly difficult to divorce this album from the events that led to it; it may be one of the most “product of its environment” albums that has hit in recent times. As a Swallow The Sun disc, it is a gorgeous album, their softest to date and also the most “frail” they have ever been. Usually the band are anguished and despondent, but this is one of the few times when you could actually feel worried for the band.

As part of the collective of projects Juha Raivio has been involved in since the last Swallow The Sun album, it continues a musical arc that feels like the first steps toward some small semblance of acceptance with the current state of things; considering the general misery that Swallow The Sun traffic in, even a small victory like that is welcome. Those who come to the band for the massive and earth-crushing funeral doom segments that defined their early career (and the third disc of their last album) will likely be a little off-put here, but if you enjoy the quiet and pensive, something personal and reflective, When A Shadow Is Forced Into The Light may be the most “real” that Swallow The Sun have ever felt.

2 Responses to “SWALLOW THE SUN: “WHEN A SHADOW IS FORCED INTO THE LIGHT””