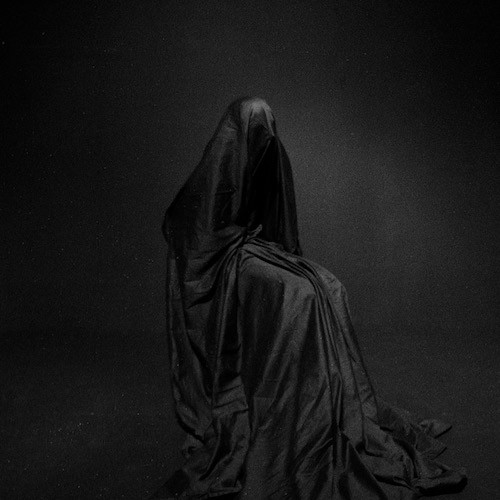 Consider these names, and try to imagine what might happen if they joined forces in a musical enterprise devoted to channeling their own creative madness and simultaneously assaulting the sanity of their listeners:

This isn’t an idle thought exercise. These individuals have in fact collaborated under the name Obscuring Veil, and their first album, Fleshvoid To Naught, will be released on March 22nd by I, Voidhanger Records. We are fiendishly pleased to present a stream of a track that asks the question “Do You Want To See The Knife I Used?“ 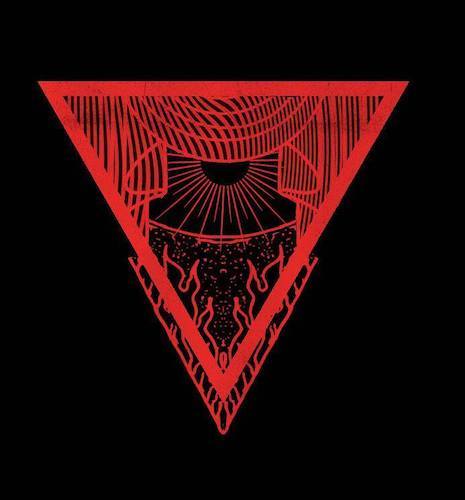 The album consists of two relatively short tracks and two very long ones, arranged in alternating order. “Do You Want To See The Knife I Used?” is the first of the long ones, each of which nearly reaches 12 minutes in length. Listening to it is like being thrown into a cylconic black vortex of ravaging and wraithlike sounds, an utterly dizzying experience that produces mind-warping and blood-freezing effects, channeling dementia and ecstasy, misery and madness.

The music seems brutally cacophonous at first, but as time passes it becomes apparent that “kaleidoscopic” is a better word than “cacophonous”. The senses-shattering impact of the vortex is unrelenting, but pieces fall into place, become violently disrupted, and fall into place again. The track is an extravagant hallucination, and kaleidoscopic in the complexity of its sensations as well, but certain repeating motifs tie things together, even as the storming derangement of the track as a whole does its best to untie the knots in your mind.

The ingredients in this sonic madness include squalling, abrading dissonance; spectral gleaming and flickering tones; booming and clattering drums that switch tempos and patterns with abandon, unpredictably moving from locked-in, head-moving rhythms to strange, destabilizing cadences or eruptions of maniacal thunder; brain-twisting bass tones that groan, moan, undulate, and pound from the depths of an abyss; tinkling keyboard notes; flares of searing, shrieking, ear-spearing sound; a true cacophony of shattering cries and reverberating wails; and a multitude of other ingredients that have been worked into this dense and destabilizing nightmare.

Dive into this descent below, but be warned — it’s the kind of music that can swallow you whole and spit out only ruined fragments by the end.

The cover art is by H.V. Lyngdal, and the layout for the album is credited to Francesco Gemelli. I, Voidhanger will release the album in a digipack CD edition limited to 300 copies, with an 8-page lyric booklet.

Here again are those names, with the roles they played in creating this album, followed by links where more info about the release can be found:

7 Responses to “AN NCS PREMIERE: OBSCURING VEIL — “DO YOU WANT TO SEE THE KNIFE I USED?””