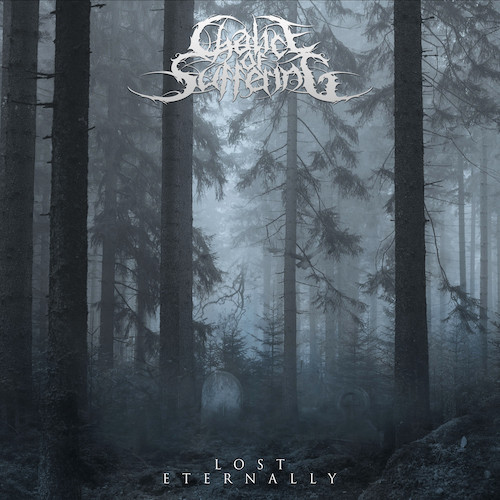 Much like the vistas of fog-shrouded trees and snow-cloaked mountains you’ll see in the video we’re presenting for the title track to the new Chalice of Suffering album, the music is itself cold, bleak, and yet wondrous, even in the near-abyssal depths of its loneliness and despair. Like those same visions, “Lost Eternally” is hypnotic and haunting, yet possessed of a craggy, mountainous weight, and its emotional resonance of misery is also staggering.

The seven-track album that shares the song’s name will be released by Transcending Obscurity Records on April 19th, and it makes for a supremely powerful follow-up to this Minnesota funeral doom band’s 2016 debut album, For You I Die. 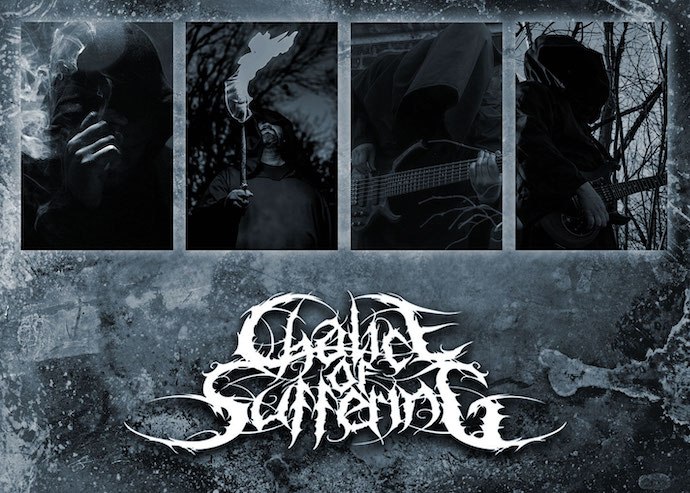 Two principal guitar melodies alternate over the course of “Lost Eternally“, and they seem like siblings, two manifestations of heartbreak. One is searing and shining, meandering slowly over a rugged riff, a lead-weighted bass, and the thud and crack of the drums. The other is a deeper and more dismal companion. In some instances, that high lead has a lilting, folk-like quality that seems to convey yearning, almost like a fiddle lament. In all its differing dimensions, the song’s melodies seep under the skin and settle in the mind, inducing reveries.

The vocals, a combination of harsh, rough-hewn roars, wretched, jagged howls, and somber spoken words expand the song’s emotional reach, as does the faint glimmer of keyboard accents, which lend the music a mystical aura. The song’s “physicality” is well-suited to the slow headbang; the melodies are equally well-suited to the casting of a long, dark spell — one you’ll had a hard time escaping. 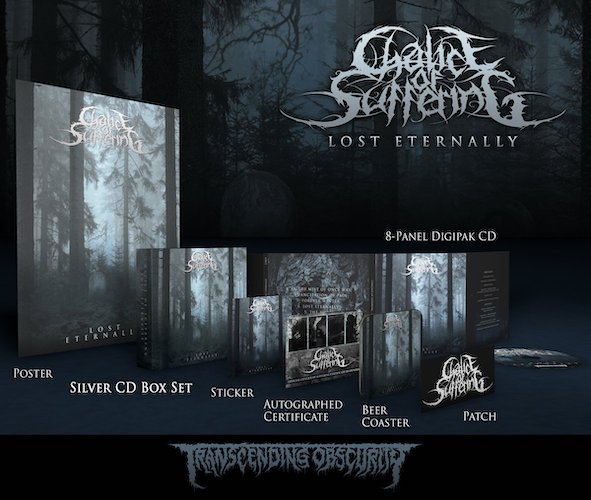 Lost Eternally features cover art by Ohrwurm (Slow). It will be released by Transcending Obscurity on April 19th digitally an in different physical editions, the details of which are available through the first link below.

The song we’re presenting is the second track to be revealed from the album so far, and we’ve included the official video for the first one, “In the Mist of Once Was“, along with the title track.