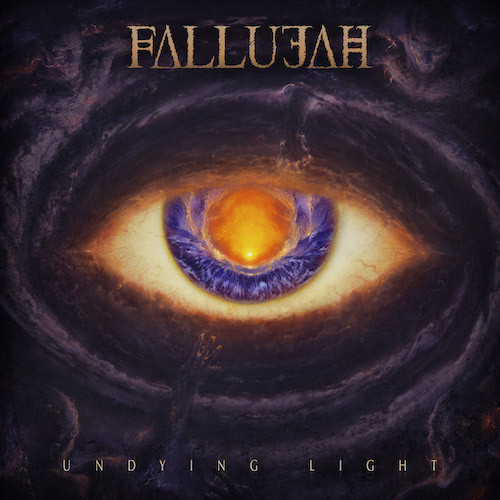 (This is Andy Synn‘s review of the new album by Fallujah, which will be released on March 15th by Nuclear Blast.)

Addressing the obvious elephant in the room up-front, what most people will immediately notice about this album is the higher-pitched, more emotive snarl of new vocalist Antonio Palermo, which straight-away presents quite a contrast to his predecessor’s guttural grumble.

But while I’m sure that Palermo’s sharper, more Hardcore-inflected bark (and, even more controversially, occasional use of clean vocals) will have certain reactionary-types screaming “METALCORE!!!” like poor Donald Sutherland in Invasion of the Body Snatchers (google it), once you get past the vocal switcheroo you’ll find that Undying Light isn’t a major departure for the group (despite the actual departure of long-time guitarist Brian James).

At the same time, however, that doesn’t mean it’s a simple carbon-copy of what’s gone before either. 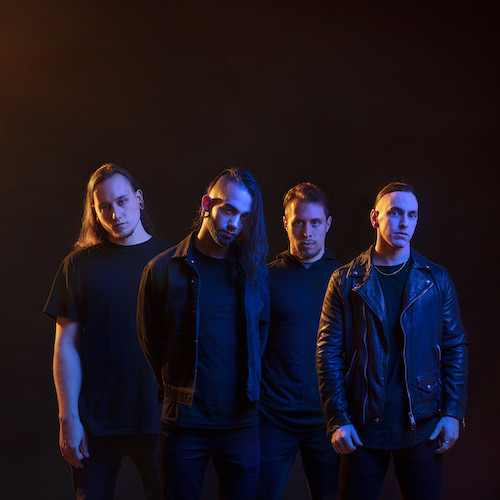 Of course, even taking into account the line-up shifts, Undying Light is recognisable as a Fallujah album right from the very first strains of opener “Glass House”.

All the familiar elements are in place – the punchy, rhythmic riffs and nimble, lightning-fast fretwork, the rippling blastbeats and rapid kick rolls, the lush, atmospheric chord phrasings and shining lead melodies – and while Palermo’s vocal approach might initially take some getting used to, you’ll quickly find that it fits the band’s sound just as well as Hofmann’s deeper delivery ever did.

But, as things progress, moving through the propulsive “Last Light”, and the moody, darkly melodic “Ultraviolet” (both of which allow bassist Rob Morey and drummer Andrew Baird a chance to shine just as brightly as guitarist Scott Carstairs), on into the brooding slow-burn of “Dopamine”, you’ll notice that the extroverted, dreamlike ambience which permeated their last two records has been replaced with a much more introspective atmosphere this time around.

It’s still as simultaneously cathartic and contemplative as ever – landing in a unique spot somewhere between Decrepit Birth and Deftones, with perhaps a smidgen of prime Gojira thrown in for good measure (see “The Ocean Above”, for example) – but whereas both The Flesh Prevails and Dreamless felt like albums gazing out towards a limitless horizon, Undying Light seems much more concerned with exploring the unlimited depths within.

It’s a subtle, but important, distinction, at least in my mind, and while this downplaying of many of the much-vaunted ambient and “dream-pop” aspects from these previous records might turn some people off, given time I think that most people, both old fans and new, will come to see that this record is at least as good as anything they’ve done before.

In some ways Undying Light actually reminds me of the band’s debut album, The Harvest Wombs (albeit stripped of any lingering “-core” vibes) in that it frequently feels that little bit more aggressive, that little bit more guitar-focussed, than either of its immediate predecessors – the triple-combo of “Hollow”, “Sanctuary”, and “Eyes Like the Sun”, for example, is as riotously riffy and techtastic as can be – without sacrificing the more uniquely atmospheric and melodic vibes which the quartet have cultivated over the intervening years.

It also, smartly, doesn’t outstay its welcome, and by the time the climactic pairing of the “Post-Metal” influenced “Distant and Cold” and the brazen, blast-fuelled bombardment of “Departure”, there’s a very good chance that you’ll want to spin it again immediately.

In the end Undying Light proves that change, while inevitable, isn’t always bad, and that evolution, rather than revolution, remains the best way to expand your sound without abandoning your roots.

One Response to “FALLUJAH: “UNDYING LIGHT””