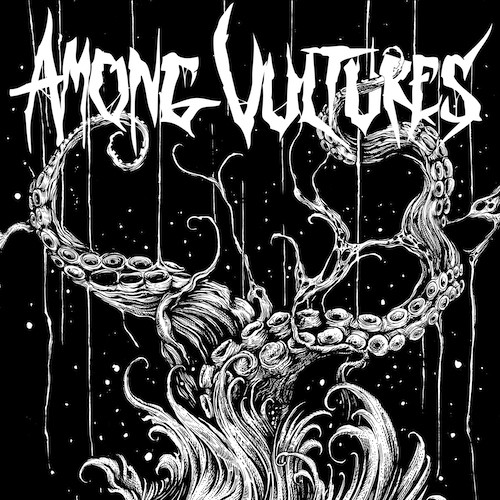 After 20 years and more than 300 live performances operating under the name Attack Vertical, the Swiss quintet who are the subject of this premiere began 2019 by adopting a new name — Among Vultures — and readying the release of a new album which shares that name. It will hit the streets on March 29th via Tenacity Music, and today we’re presenting a video for the record’s hard-hitting opening track, “Coffin Of The Universe“.

Over those two decades of work, the music of Among Vultures has evolved, now manifesting itself as a ferocious amalgam of hardcore and death metal that’s bruising, battering, and guaranteed to put a high-voltage charge straight down your spine. 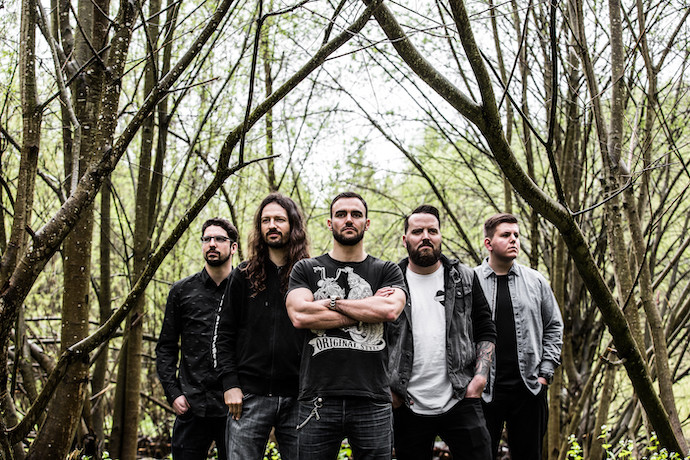 A rapidly scissoring riff and the tick of cymbals introduces what proves to be a dynamic onslaught in this new song and video. With a roar, the song erupts in a rhythmically potent attack, with flurries of jabbing and swarming guitar. Augmented by lead-weighted bass lines, the drum patterns change constantly, locking into hardcore rhythms, discharging neck-snapping cadences, and exploding in fusillades of blasting, while the frontman bellows, howls, and shrieks like an uncaged predator and the guitarists deliver rumbling, jolting, and skittering fretwork. And to add further dimensions to this punishing experience, the melodies range from dark and ominous to bright and darting. The powerhouse energy of the song is also well-captured in the performance video produced by Axiome Image.

Among Vultures will be available for pre-order soon through Tenacity Music. Check the links below for further info leading up to the album’s release on March 29.

One Response to “AN NCS VIDEO PREMIERE: AMONG VULTURES — “COFFIN OF THE UNIVERSE””