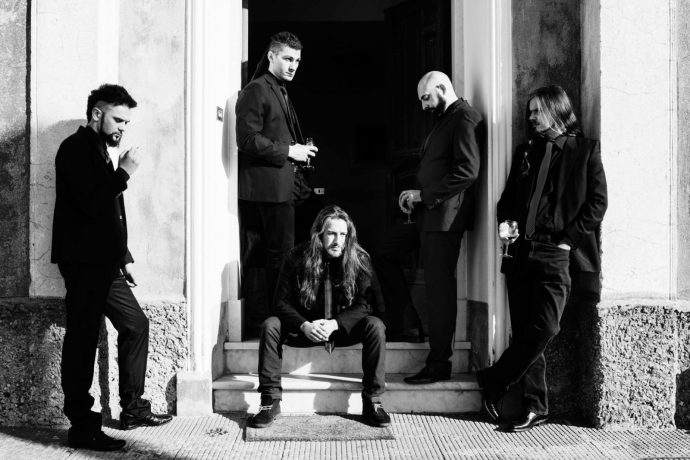 This song by Carved is a really good one, but it’s the sand artistry of Nadia Ischia that makes this video so especially appealing.

If you came to our site at this point expecting to find the usual Sunday SHADES OF BLACK column, it’s not ready yet. In fact, it’s far from ready. While I continue to hammer away on it, I thought it would be a good idea to have something else to occupy people who had already consumed the sights and sounds in Saturday’s round-up. The video for Carved‘s song “Hagakure” seemed perfect, even though posting about only one song or video around here is as rare as hen’s teeth. 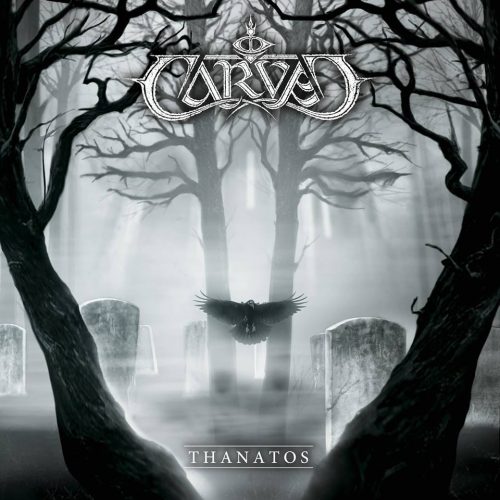 “Hagakure” is a track from this Italian progressive/symphonic death metal band’s third album Thanatos, which was released on February 15th of this year by Revalve Records. I don’t know for sure what inspired Carved‘s song, but from the title and the lyrics that can be heard, it seems to refer to Hagakure (which means “hidden leaves” or “hidden by the leaves”), which is a collection of commentaries published in 18th-century Japan on bushido — the warrior code of the samurai. According to this source, “Hagakure is sometimes said to assert that bushido is really the ‘Way of Dying’ or living as though one was already dead, and that a samurai must be willing to die at any moment in order to be true to his lord”.

Carved‘s exuberant and multi-faceted music dances and darts, hammers and harrows, sweeps and soars. The melody of a flute plays an important role, along with the rapid picking of a shamisen (or something like it) and an electrifying sound of a violin. The vocals are almost as diverse as the instrumentation — roaring, howling, scalding, and switching to heroic singing in the chorus. The music is physically powerful and rhythmically compulsive, but swirls the mind as well. 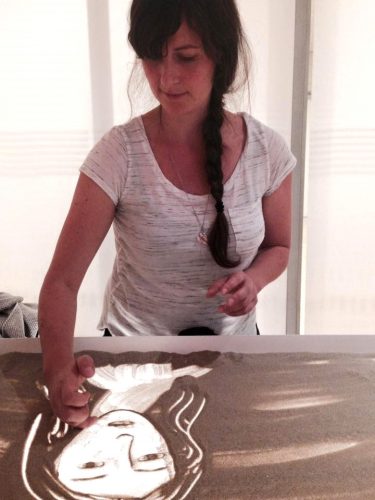 As forecast at the outset, the video accompanying the music depicts the ever-changing creations of Nadia Ischia, an Italian-born sand artist who now lives in Turin, whose artistry here serves as an interpretation of the song. It’s fascinating to watch her create images in unpredictable ways, to magically morph them into new images, to sweep them aside and begin anew. Credit for the video editing goes to Sinless Media Production.

Hope you enjoy both the sights and the sounds. I’ll be back later today with the usual Sunday column.