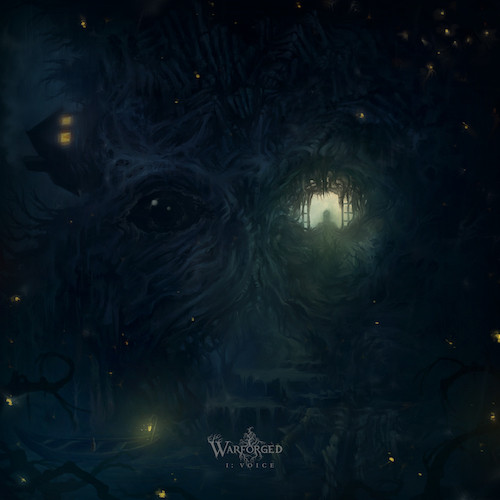 Something unsettling is happening in this video, but it’s not clear what. Something mysterious and perhaps unnatural, off in the dense woods across the expanse of a long gray lake. People seem to be watching this on a screen, made frantic by what they see, or what they think they see. Maybe something else is looking back at them.

Meanwhile, as we’re drawn into these perplexities on our own screens, the band Warforged, blinking in and out of view like fireflies at midnight, throw themselves into a song called “Voice“, which is even more mystifying and destabilizing than whatever is going on in the woods. There is no way to predict what happens in the music, or the shocking and sometimes violent ways in which the music changes. Paradoxically, it becomes absolutely transfixing. 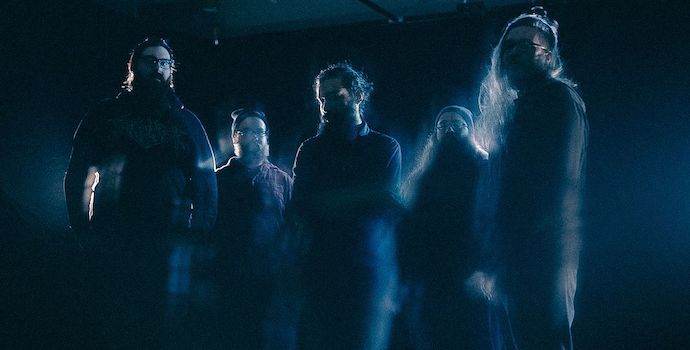 The song you’re about to experience through the video described above comes from Warforged’s new album I: Voice, which will be released by The Artisan Era on May 10th. It’s an album many people might buy, sound unheard, just because of the guest appearances, and because of what the names of those guests might imply about the nature of the music:

That’s a fascinating line-up of guest talent, and maybe the names provide a few clues about what Warforged are up to. Most bands know what they’re up to, but not all of them do a great job explaining it. In the case of the intricate bone-breaking, mind-bending songs on I: Voice, offering a coherent explanation is a real challenge, even for half-wits like me who attempt such things on a daily basis. But in this instance, Warforged’s description is a useful one:

“I: Voice is the sum of 5 years of creativity and focused work. The music plays as a stream of consciousness – jumping often from one area of the metal spectrum to the next with recurring melodies and vibes throughout for the purpose of bringing about an overwhelming sense of nostalgia. Since Essence Of The Land & “Two Demons” came out, we worked to build upon and elaborate on our musical style and mission statement. From what started as an idea of modern death metal with hints at black metal evolved into a more progressive, unique, and “epic” ethos. Horrifying & beautiful, dynamic & aggressive, harmony found through dissonance, an ebb and flow through drama and resolution, a flirtation with memory, a call for collaboration, personality, and reality – immense emotional energy seamlessly woven within the death metal genre.”

The band also make references to Opeth, Portal, and Lantlôs. But rather than trying to wrap your head around that concept, try to wrap it around “Voice” instead. 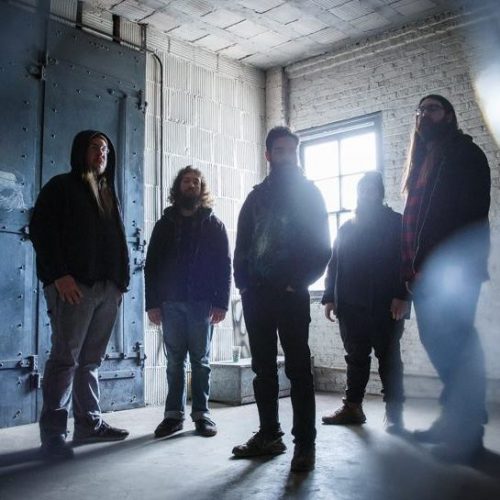 Wrapping your mind around the song isn’t easy, because it’s constantly trying to escape. It might put your teeth on edge and send shivers down your spine at first. Later, it might blow out your speakers through the explosiveness of its detonations. The music is twisted and discordant, jackhammering and bone-bruising, flickering and hallucinatory. The technical skill displayed in its often frantic contortions is impressive. But there is a dreamlike quality in the music as well, a gleaming and gliding softness in the guitars, or a somber wistfulness that comes through in the piano notes, which emerges just as unpredictably as the noisy derangement.

There’s a lot to take in, and I’ll bet you can’t listen to it just once. The video suits it very well. Credit for the filming and editing goes to Adrian Perez.

Credit to Samuel Nelson (Stigma Art) for the wonderful cover art. And after you’ve checked out the video for “Voice” below, do yourself a favor and watch/listen to the one for “We’ve Been Here Before“, which came out earlier.

One Response to “AN NCS VIDEO PREMIERE: WARFORGED — “VOICE””