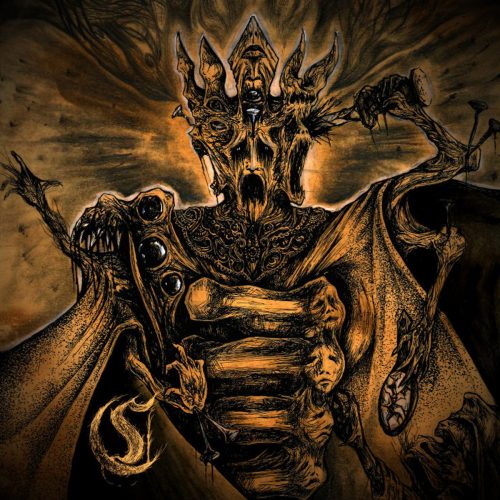 (We present Andy Synn‘s review of the new album by the black metal band Csejthe from Quebec City, which was released on March 13th.)

I’ve said it before, and I’ll say it again, never underestimate the power and importance of good artwork.

Honestly, it still boggles my mind to see that album art – which is, in many cases, the first thing people will ever experience and associate with your music – is so often treated as a mere afterthought, something to be skimped on or left to the very last minute.

After all, why wouldn’t you want to present your music in the best way possible? Wouldn’t you, shouldn’t you, want the visual aesthetic to match and (ideally) complement the sonic side of things?

Case in point, I was initially drawn to L’Horreur De Čachtice by the distinctive design and unusual colour palette of the album’s cover art (by Ovezt Alia), only to discover that what I’d stumbled across was some fairly ripping Black Metal from the cold, wintry wastes of Canada, which was more than good enough to justify a feature here at NCS. 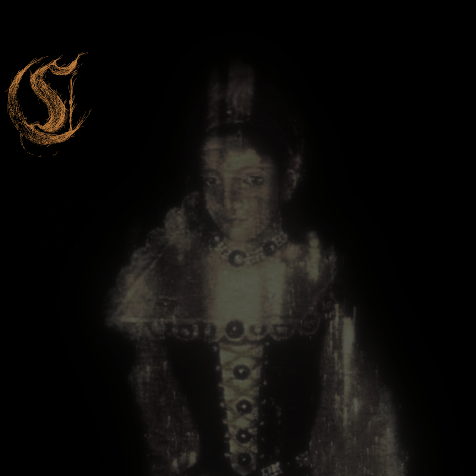 At a brisk and blistering thirty-five (well, closer to thirty-six, really) minutes in length, L’Horreur De Čachtice (the band’s third album, and also their first full-length release in almost six years) is the sort of record that very clearly has a specific vision, and a specific purpose, behind it, and which doesn’t feel the need to overplay its hand or outstay its welcome in order to deliver the goods.

Reminiscent, in part, of ongoing NCS-favourites Death Fortress – albeit with a slightly less brutal, less DM-influenced style – tracks like ominous opener “Terreur Nocturne” and its more aggressive companion “Lycanthropie Misanthropie” don’t so much reject the familiar traits and tropes of Black Metal as they do relish them in all their raw and ravenous glory, delivering an unashamed and unrepentant celebration of grim, gloomy grooves, gritty, galloping chords, and sharp, scything tremolo runs, all underpinned by a barrage of bone-rattling, reverb-tinged drum work and topped off with some suitably gnarled and nasty vocalisations positively dripping with venom and viscera.

And while not everything “sparks joy”, as they say – the rather lifeless opening to “Perseides”, for example, stunts the song’s momentum in a way it never really recovers from, while the untitled instrumental track simply doesn’t offer anything to justify its (admittedly relatively bland and inoffensive) existence – the positives far, far outweigh the negatives where this album is concerned, especially during such caustic cuts as the rather punishing “Nebuleuse Tentatrice” or coldly compelling closer “Sadique Lunatique”, both of which offer enough blackened thrills and savage spills to satisfy even the most jaded of Black Metal acolytes.

It’s also worth noting that the relatively sparse and spacious production really works in the album’s favour, ensuring that the natural darkness and atmosphere of the music is allowed to bloom to its full potential. Plus you can even hear the bass too!

Granted, there’s no new ground being broken here at all, but L’Horreur De Čachtice is an experience that’s well worth savouring all the same, and a more than worthy addition to the ever-expanding annals of Black Metal.