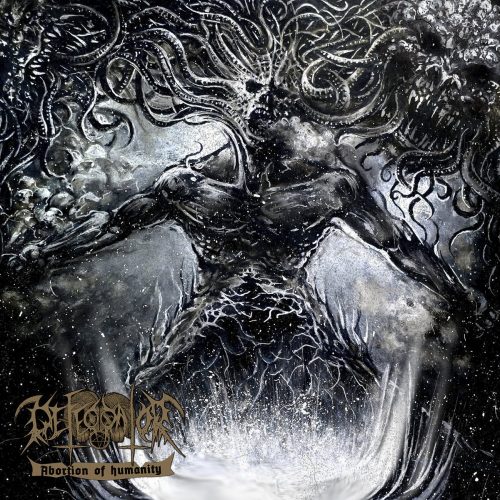 With each new release, I’ve become increasingly transfixed by the music of Sacramento-based Defecrator. That’s saying something, given that I was knocked down pretty hard by their very first recording, the 2015 demo Tales of Defecration (reviewed here). But they’ve moved from strength to further strength, through their 2016 EP Satanic Martydom (reviewed here) to the three songs on their 2017 split with Ritual Genocide (reviewed here).

At last, Defecrator will be releasing a debut album. Entitled Abortion of Humanity, it will be released on March 29th through Drakkar Productions, and the early signs are that Defecrator have continued to advance their sound, moving deeper into dimensions of their music which add a sense of terrifying grandeur to the merciless destructive power of their black/death onslaughts. We have one of those early signs for you today, a new track named “Confronting Choronzon“. 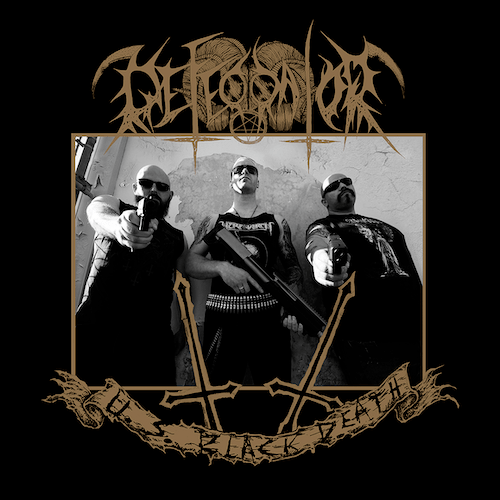 When I heard the first advance track from this album in January, “Axiom Falxifer“, I wrote that “[w]here a lot of blackened death metal seems single-mindedly devoted to an abrasive storming of the senses, Defecrator have crafted a more intricate and multi-textured experience, while still delivering shock and awe”.

This new song brings a similar thought to mind. On the one hand, it’s undeniably malicious and warlike, striking with visceral, primal power. On the other, true to its name, it seems to transcend mere blood and bone, with an intensity that moves beyond earthly ruin and into oscillating realms where diabolical powers reign supreme.

It attacks with an enveloping wash of blood-freezing sound, encompassing the senses with riffing that roars, yowls, and drills in a cold fury, and which rises up in glorious frenzies, like the trumpets of armageddon. Plundering drums that hammer and boom, coupled with a deep bass throb, drive through this maelstrom, while the vocalist bellows cavernous, tyrannical proclamations. When the drum rhythms become less frantic, the chords move like vast heaving seas that shine with preternatural light.

The song is fraught with a feeling of tension and turmoil, and it summons both chaos and an atmosphere of blood-freezing eminence not born of this world.

Dive into both our own premiere and that previously released song below, and if you like what you hear, put in a pre-order through Bandcamp. In parting, we give a deep bow to Jan Pysander Whitney for the ghastly cover art.

One Response to “AN NCS PREMIERE: DEFECRATOR — “CONFRONTING CHORONZON””