If North Carolina’s Mo’ynoq still aren’t on your radar screen, it’s time you put them there, dead center. Their debut album, Dreaming In A Dead Language, is coming out on January 11th. I premiered a song from it called “The Collector” last month, and now there’s a second one I can share with you, which premiered at Antihero on Friday. 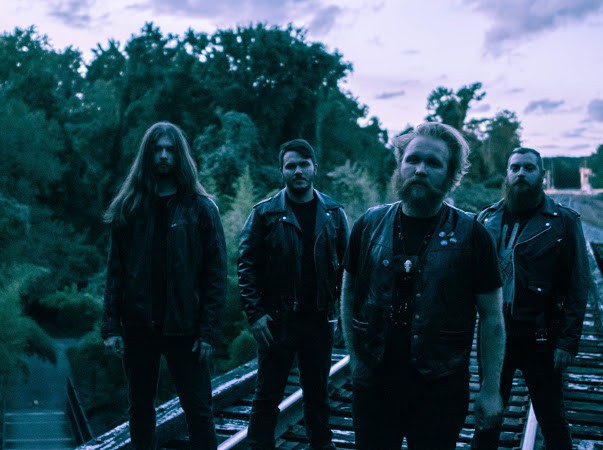 Beautifully beguiling and dreamlike at first, “Carve My Name” becomes extravagantly more intense and calamitous. The guitar tone still gleams, but the sound is feverish and emotionally fragmenting, the waves of searing sound underpinned by a riotous and riveting drum and bass performance, with raw howls of pain coming in over the top. Desolation and gloom descend near the end — a different kind of dreaminess than the opening, a very uneasy hallucination that paves the way to a final electrifying frenzy.

At this point, the stream of “Carve My Name” is still exclusive to Antihero, so go here to listen. Below you’ll find a stream of the song we premiered last month. 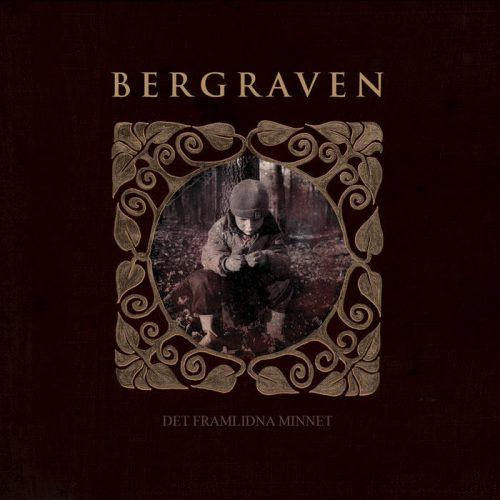 Until a few days ago I wasn’t familiar with the Swedish band Bergraven. In my defense, their last album came out almost 10 years ago. In the meantime, Bergraven’s three members have been devoting more attention to another band in which they’re all involved — the exceptionally good Stilla.

Although I haven’t listened to Bergraven’s three previous albums, the music is described in various places as a more experimental take on black metal than what you’ll find in the recordings of Stilla. The band’s new album, Det framlidna minnet, deals with memories — “their fluid nature and how the healthy human spirit builds a wall around itself with carefully adjusted memories and yet sometimes the system corrupts and memories become ghosts that haunt their hosts with regret and despair”.

“Minnets melankoli” is the first song to be revealed from the new album, and it proves to be completely mesmerizing. While intricate and ever-changing in its permutations, there’s rarely a moment in which your head won’t reflexively nod, even as the music conjures one beguiling or bewildering vision after another. The physical pulse of the music is gripping, providing a strong anchor for a large array of mystical and moody melodic tonalities and a lot of demented vocal extravagance. Ingeniously conceived and executed, the song is absolutely fascinating from beginning to end.

Det framlidna minnet will be released on March 8 by Nordvis.

(Thanks to Conchobar for alerting me to Bergraven’s new album. He finds this new song to be an improvement on the band’s previous work — “no brickwalling, no fanciful prog fusion, just a very wise slackening of the black metal leash to allow some wide-ranging melodic hunting and gathering”.)

Now we’re about to enter a black/death block of sound, with new music from Altarage and Defecrator. The Altarage track, “Inhabitant“, is the second one to surface so far from their new album The Approaching Roar (I’ve already written about the first one), and is described by the band in these words: “This artifact shall be a reminder of the floodgates about to be open, monolith of contempt, devourer of reality.”

“Inhabitant” made me think of a line uttered by a character in Samuel Beckett’s Endgame: “I say to myself that the earth is extinguished, though I never saw it lit”. In part, the music itself seems bent on extinguishing the earth through its stunningly powerful rhythmic destructiveness and the unchained violence of the riffing. It sucks the air from the lungs, and is so extravagantly oppressive — and yet exalted — that it sends the mind cowering into the shadows. And man, it’s a high-grade adrenaline trigger, too.

Of the album as a whole, I’ll just say for now that it’s an immensely disturbing and overpowering experience, one capable of leaving you wide-eyed in a mixture of wonder and fear, with your sanity quivering like jelly in an earthquake.

The Approaching Roar will be released on January 25 through Season Of Mist (CD/LP/Digital) and Sentient Ruin (cassette tape). 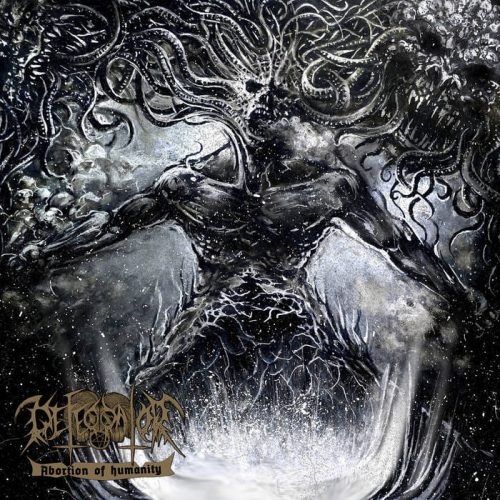 Now we come to the second track in this little black/death block of music. This one was discharged recently by the Sacramento anti-human trio who call themselves Defecrator.

I’ve paid a fair amount of attention to the band’s past depredations, sharing thoughts about their 2015 demo Tales of Defecration, their 2016 EP Satanic Martyrdom, and their 2017 split with Nevada’s Ritual Genocide, entitled Anti-Human Deathcult / Death Exalted. Thanks to my comrade DGR, who first turned me on to this band, I’ve learned that they now have a debut album named Abortion of Humanity that’s coming out in March through Drakkar Productons.

“Axiom Falxifer” is the album track you can check out below, which appeared within the last week. The cavernous vocals are utterly monstrous, and the music is staggeringly vicious and destructive. But while the music is crushing and barbaric, it’s marked by changing rhythms and a morphing atmosphere, which seems glorious at times and chillingly eerie at others. Where a lot of blackened death metal seems single-mindedly devoted to an abrasive storming of the senses, Defecrator have crafted a more intricate and multi-textured experience, while still delivering shock and awe.

(Kudos to Jan Pysander Whitney for the ghastly cover art.) 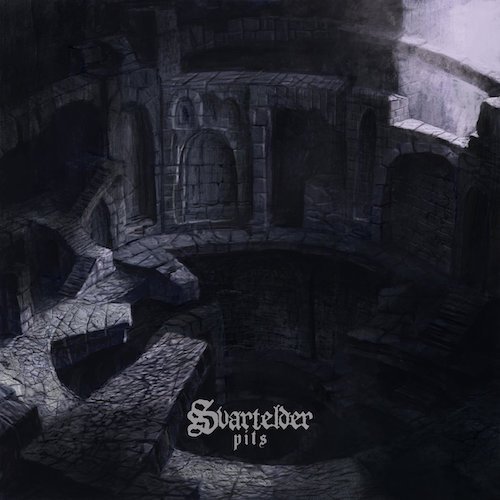 The Norwegian black metallers Svartelder are another band we’ve been praising since 2015, when I discovered their fine first EP, Askebundet. Their 2016 debut album Pyres was another excellent record, and I have high hopes for their second album Pits, based on the track you can hear through the player below.

Although this new release isn’t a concept album, the songs are connected by a theme running through the lyrics, described by the band’s founder and frontman Doedsadmiral (Nordjevel, Doedsvangr, Enepsigos) as follows:

“It is an album that explores one’s deepest pain and misery. That difficult battle to crawl out of the pit of despair and back to the world, only to find that the world has deteriorated into something lifeless and miserable. So much so, in fact, that you just want to let go and once again fall back into your pit”.

The tracks on the new album are simply designated by Roman numeral. The one listed as “II” is mid-paced in its movements and head-nodding in its cadence, and while the atmosphere is as gloomy as you might guess from the words quoted above, it’s also a thoroughly demented but gorgeous creation, as if we’ve been invited to a carnival in an asylum, where madness reigns but transcendence awaits.

The song swings and sways, lurches and glides. The guitar work is warped and weird at times, yet becomes soaring and sorcerous. The vocals are intense, and frightening, adding another element to a multidimensional sound that’s capable of leaving a listener off-balance, mind a-whirl, and yet hungry to take the trip again.