I first came across this Chicago quartet via their En To Pan EP (which I partially reviewed back in July 2014), thanks to a recommendation by Panopticon’s Austin Lunn. Subsequently, Vukari and Panopticon became label-mates: Vukari’s second album Divination was released by Bindrune Recordings in 2016, and I thought it was stunningly good. It appears that the band are now working on a new album, and on January 3rd they released a demo track from it named “Entire Worlds Encased In Ice“. 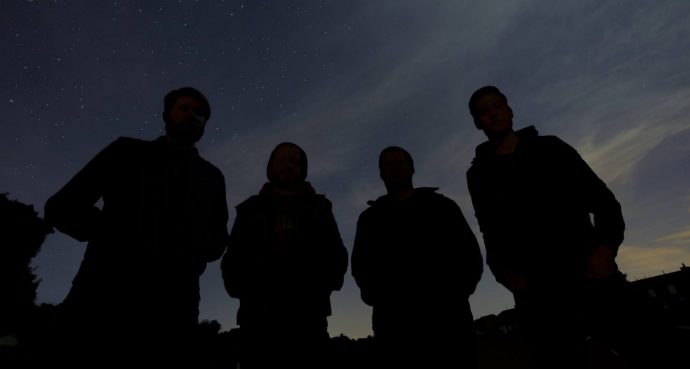 Despite the icy nomenclature, the track is a fiery and groove-some headbanger, accented by gleaming shards of alien melody and intermixed with passages that are riotously delirious. The screaming vocals are themselves the sounds of spontaneous combustion; the rhythm section is downright thunderous in their assaults (when they’re not moving your head like a piston); and the song works so well on so many levels that it’s capable of sending the blood through your veins in a roaring rush even as it creates eerie vistas in your imagination.

Vielikan is another name you might have seen at NCS before. It’s the solo project of Tunisia-based musician Fedor Souissi Kovalevsky. At the end of 2016, I wrote about a single (with a video) named “Everlasting Smile”, and then another single and video in 2017 called “Voskresenie“. A couple of other singles were released in the years after the band’s debut album A Trapped Way For Wisdom (2010), but now there’s a second album on the way.

Kovalevsky comments on the album, Back to the Black Marsh (which is dedicated “In loving memory of Ludmila Kovalevskaya“), by first quoting Van Gogh: “Art is to console those who are broken by life”. He continues: “This album is a fragment of my soul I brought back from the Black Marsh. Knowing that you’re listening to it makes me feel alive”.

By pressing the triangle below you can hear the new album track “God(s), Love and Life“. Over its nine-minute duration the song ranges far and wide. It’s tumultuous and bursting with the sounds of agony, almost overpowering in the intensity of its bleak, mind-splintering grandeur (the vocals are themselves staggeringly impassioned). It’s also searing and strange, with waves of twisting, swirling, and soaring melody cascading over maniacally driven bass-and-drum rhythms. It hammers, and it sparkles with an unearthly effervescence.

The track is rampantly explosive and extravagant, and executed with an impressive instrumental skill that’s a match for its inventive conception and passionate heart. 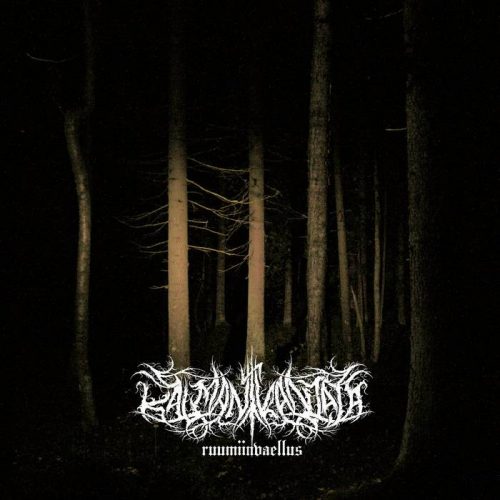 And now here’s the latest new music from the third old favorite in this post, Kalmankantaja from Hyvinkää, Finland. They’re prolific, to say the least, with 34 entries on Metal Archives — far more than I’ve made time for, but what I’ve heard has always been appealing.

The band’s newest release — which came out today — is an 11+-minute single named “Ruumiinvaellus“, which I discovered thanks to a Bandcamp alert. The solitary reverberating notes of the song’s introduction have a sorrowful and introspective mood; and the music’s melancholy mood persists as it stalks ahead in a stately pace as the vocalist shrieks in scalding pain and sweeping waves of lush, rippling melody swirl through your mind.

Periodically punctuated by heart-hammering blast-beat eruptions, the song’s melodies have a way of seeping in deeper and deeper, becoming increasingly hypnotic (and intense) as they loop through the song, without losing an ounce of the desolate grandeur that is their chief hallmark. Near the end, when the drums become silent, we’re carried away into a dream of terrible loss. 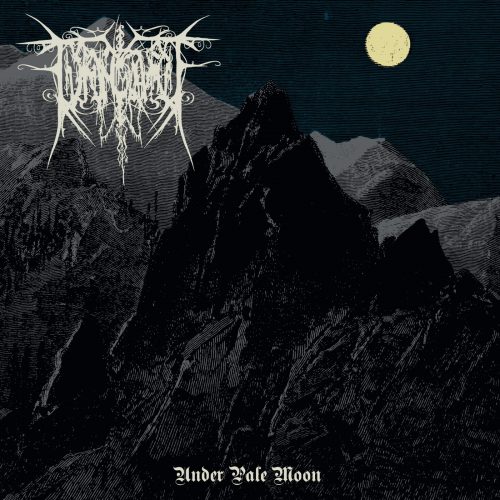 Ringarë is the name of a project that was started 14 years ago by Chaos Moon‘s mainman Esoterica. A debut album was recorded, but never released. Instead, half the music from that recording session became part of Chaos Moon‘s second album, Languor Into Echoes, Beyond (2007). The other half is now going to be released (on March 8th) by Iron Bonehead Productions with the title Under Pale Moon.

“Pure worship of synth-ridden black metal of the early ’90s” is the way the music is described. The album consists of four tracks and 40 minutes, and the glimpse of it below is “Under Starry Night“.

“Moonlit magick” is another phrase that appears in the album’s promotional material, and that description is spot-on. While the shrieked vocals are mind-abrading and the drum and bass rhythms have a way of hooking into your pulse, it’s those mystical midnight melodies and ethereal keyboard notes that will carry you aloft into cold and starry skies, mesmerized. 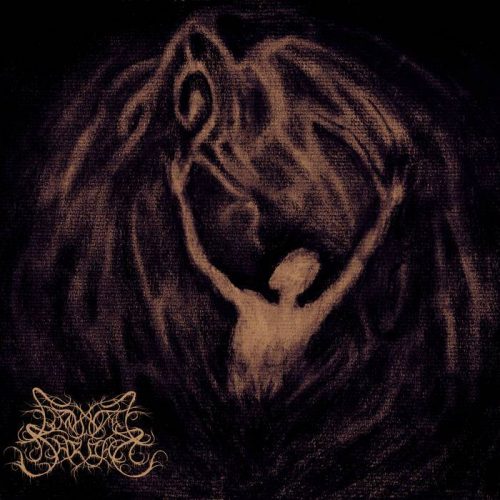 Liminal Shroud is a three-person black metal band from Victoria, B.C. They released a self-titled demo in early August, and I discovered it within the last week. What a fortunate discovery it proved to be!

While the music has a deep and powerful low end, with a prominent bass thrum in the mix, harnessed with a battering, often tumultuous drum performance, the whirring riffs and swirling leads echo as if executed in a long dark tunnel made of silver, and they’re penetrating in their emotional impact — which is often wrenchingly bleak. But those riffs are as vibrant in their intensity as they are depressive in their mood. The near-cacophonous, throat-lacerating vocals are at the outer limits of extremity, amplifying the shattering, downcast intensity that already courses through the music.

Liminal Shroud also throw dynamic changes into their compositions, doing a good job switching up the tempos, diverting into clanging, squalling, moaning, and gleaming guitar performances with engrossing reverberating tonalities. The changing sound and morphing fretwork of the guitars is itself a big part of what makes these tracks so captivating.

I look forward to whatever this talented trio do next. 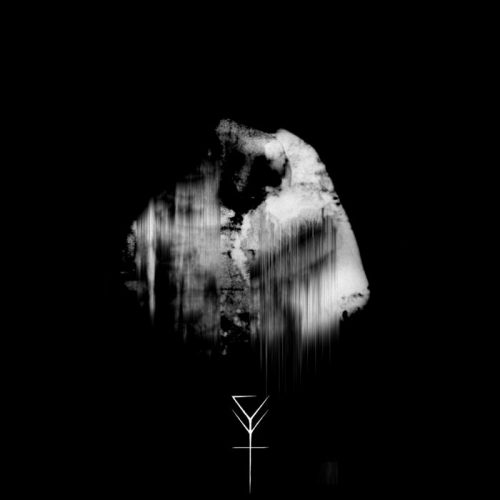 I count three posts I’ve written about the French band Dysylumn in our archives. Because I’ve been so favorably impressed by the work of that group, I paid attention to Y I Y, which is a solo project of Dysylumn drummer and multi-instrumentalist Camille Olivier Faure-Brac (aka “Y“), whose debut EP Dkvdnt will be released on February 15th by the French label Egregor Records.

It’s called an EP, I guess, because it consists of only three tracks — but those three tracks add up to 40 minutes of music. And the music is entirely instrumental. The first of those three tracks, which shares the title of the EP, is the last piece I chose for today’s two-part column.

If you’re wary of instrumental black metal, or even long-form instrumental music of any kind, put your skepticism aside and lend your ears to this 10-minute title track. It delivers potent physical punch as well as dissonant and eerie, shining melodies that seem to draw us ever deeper into an unearthly dimension that’s seductive but fraught with peril, where one’s sanity is at risk with every twist and turn, but in which wonders await as well.

A drummer made this absorbing, multi-textured, yet disorienting music, and you can tell — because the drum performance is certainly a highlight, but only one of many. If you’re like me, you won’t miss vocals, and you’ll easily lose track of time passing as Y I Y works its way through manifold progressive and avant-garde permutations.