Moving on. I think the format to this is pretty much established, especially since I see a few people biting off it, terminology and all, so let’s get into it. END_OF_DOCUMENT_TOKEN_TO_BE_REPLACED 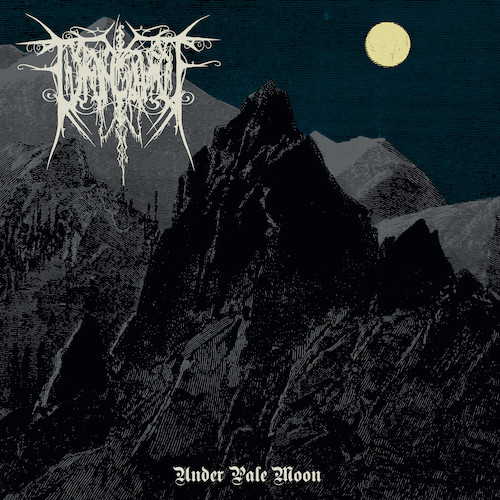 Ringarë is the name of a project that was started 14 years ago by Chaos Moon‘s mainman Esoterica. A debut album was recorded, but never released. Instead, half the music from that recording session became part of Chaos Moon‘s second album, Languor Into Echoes, Beyond (2007). The other half is now going to be released on March 8th by Iron Bonehead Productions with the title Under Pale Moon.

“Pure worship of synth-ridden black metal of the early ’90s” is the way the music is described in the press sheets. “Moonlit magick” is another phrase that appears in the album’s promotional material, and that description is spot-on. While the shrieked vocals are mind-abrading and the drum and bass rhythms have a way of hooking into your pulse, it’s those mystical midnight melodies and ethereal keyboard notes that will carry you aloft into cold and starry skies, mesmerized.

The album consists of four tracks and 40 minutes of music, and today we have a full stream for you, preceded by a few more thoughts about the dark and delirious enchantments of this experience. END_OF_DOCUMENT_TOKEN_TO_BE_REPLACED

I first came across this Chicago quartet via their En To Pan EP (which I partially reviewed back in July 2014), thanks to a recommendation by Panopticon’s Austin Lunn. Subsequently, Vukari and Panopticon became label-mates: Vukari’s second album Divination was released by Bindrune Recordings in 2016, and I thought it was stunningly good. It appears that the band are now working on a new album, and on January 3rd they released a demo track from it named “Entire Worlds Encased In Ice“. END_OF_DOCUMENT_TOKEN_TO_BE_REPLACED