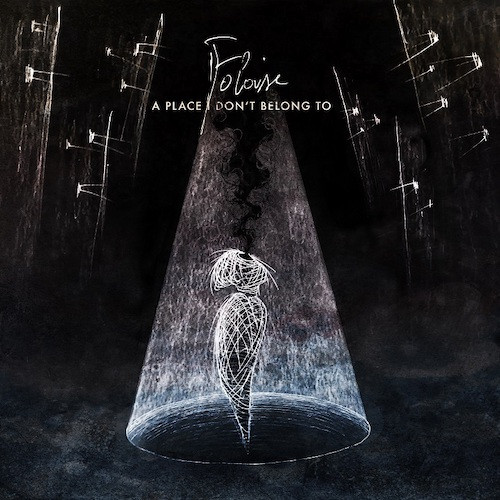 A Place I Don’t Belong To is the third album by the Italian duo Falaise. It will be released on March 29th through A Sad Sadness Song, but we have a full stream of the album for you today.

The band’s first two albums, As Time Goes By (2015) and My Endless Immensity (2017), have charted an evolutionary course as Falaise has moved in a direction that may now cause many listeners to put them in the company of such bands as Alcest and Lantlôs, as they have fashioned an amalgam of sound that now includes depressive black metal, post-rock, and shoegaze. They are creating music of changing shades but persistent, unabashedly heart-felt, emotional intensity, and the new album finds them at the peak of their powers so far, delivering elaborately-textured and dramatically contrasting music that’s completely captivating.

The principal concept of the album is a gloomy one. As the press materials explain, it “relates to the sense of loss and perdition that human beings suffer for by living in modern megalopolis, so devoid of personality and soul”, and the music represents “an urban desire of escapism drowned under a veil of melancholy and sadness… a dramatic painting of despondency”.

That description portrays one aspect of the music, but only one. And what makes the album so enthralling is that it brings other moods into play which leaven that sense of despondency, creating a much more nuanced feeling that captures resiliency as well as despair. There is an undeniable introspective quality about everything — this isn’t the music of crowds, but rather the kind that drives your thoughts inward — but it’s as complex in its reveries as human beings are themselves.

And so, the songs channel desolation and dreaminess, earth-bound ruin and something like celestial glory — the beckoning of some brighter outcome that might seem too far away to be achievable yet too alluring to ignore, like a pole star as a guide through mean streets and beleaguered moods. This pairing of anguish and hope, desolation and yearning, defeat and renewed defiance, isn’t so balanced in the music as to present a view of life through rose-colored glasses, but it does create a vibrancy that in the end seems unyielding to cynicism or absolute resignation.

The strongest impulse in thinking about the music (as you can tell) is to try to describe it in terms of its contrasting emotional oscillations. But something ought to be said about how Falaise create these nuances of mood. At the extremes, they juxtapose riffs doused with abrasion and high, crystalline leads; soft, slow, dreamlike passages and eruptions of torrential drum mania and roiling, gale-force guitar; wrenching shrieks and heavenly choirs; beautifully subdued guitar harmonies and extravagant tremolo’d racing. They interweave beautiful piano instrumentals and gleaming, ethereal ambient shimmer, as well as guitars that seem to skirl like bagpipes or moan like lamenting cellos.

At times, the music puts your nerves on edge, building tension until it boils over into pain. At others, it sounds worn-out and wistful, or becomes gloriously panoramic, full of hope and wonder — even if there’s a wariness, as the music rolls on, that such feelings are evanescent, too fleeting to offer rescue.

All of the songs, in differing degrees, embody contrasts and changes. “An Emptiness Full of You” might pull together all of the album’s ingredients most comprehensively, delivering pummeling drums and an enveloping wash of guitar (with a lead that rings like a clarion call); a dark, depleted ambient sequence accented by the sound of soft rain and distant thunder; shining ethereal keyboards and a vibrant piano instrumental; harsh howls, shattering cries, and grand choral voices. The song soars — becomes panoramic — and might be the most uplifting of all the tracks, even if it might also be only the remembrance of something now broken and gone.

Despondency might dwell somewhere deep down in the core of the music, but I’d venture to say that truly cold-hearted or irretrievably beaten-down listeners won’t like this. It’s not grim enough. It wears its heart on its sleeve too unashamedly, and plucks at your own heart-strings too unabashedly. It exposes its own introspection too openly. Enemies of “blackgaze” won’t much care for it either. But for the rest of us, it’s well worth the time. 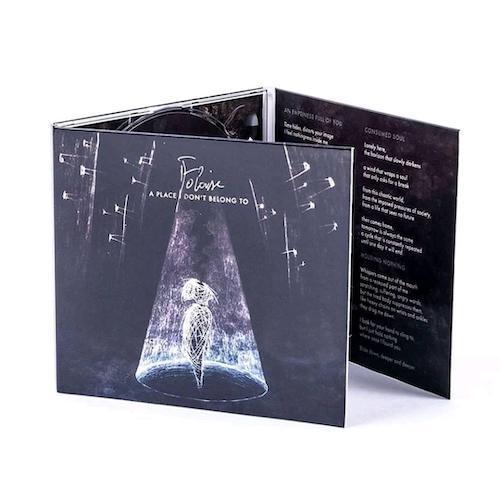 We hope you enjoy the stream of A Place I Don’t Belong To. If you do, you can order it on CD and digitally via the links below.