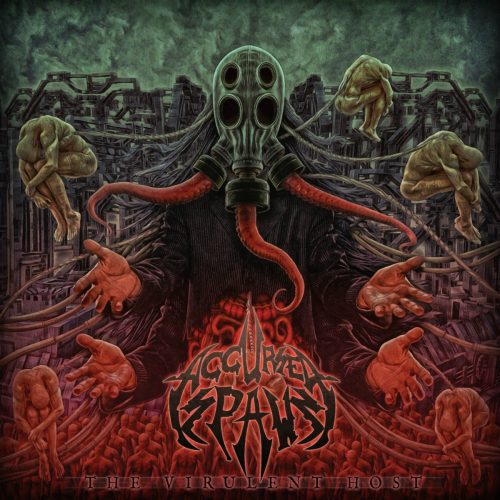 (Here’s Andy Synn‘s review of the new album by Accursed Spawn from Ottawa, Ontario, Canada, which was released by PRC Music on March 23rd.)

For whatever reason we here at NCS seem to have developed a bit of a reputation, in certain quarters, as a site that solely covers Black Metal.

Of course, you and I know that’s not true (even if my next edition of The Synn Report is most definitely going to be blacker than the blackest black… times infinity), but I’m willing to accept that perhaps it sometimes looks like we feature our blackened brethren more frequently than any other members of our disparate metallic menagerie.

Still, you know we love our Death Metal too, in all its myriad forms, and to prove it I’d like to introduce you all to Canada’s latest extreme export… Accursed Spawn. 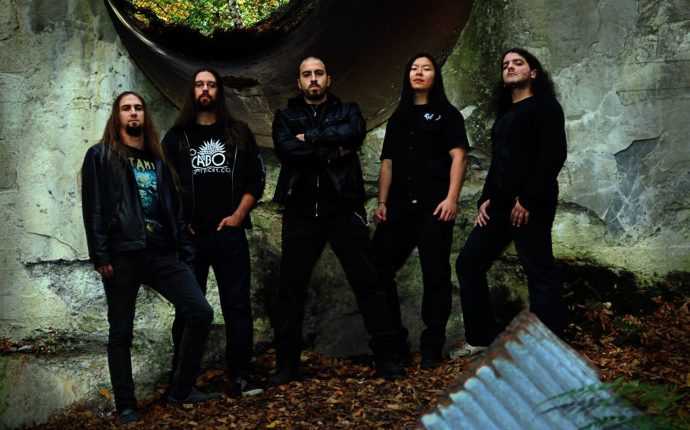 While not quite obnoxiously OTT enough to be tagged as “Brutal Death Metal” nor as excessively flashy enough to be flagged as “Technical Death Metal”, tracks like punishing opening pair “Bhopal ‘84” and “Bloodforged” certainly aren’t lacking in either bone-breaking brutality or twisted technical precision, and the band’s bombastic, break-neck delivery often reminds me of latter-day Blood Red Throne, especially when they deviate from their uber-aggro assault to drop into a churning, chug-heavy groove (as they do at key points in “Interrogated Bludgeoning”) or to throw a dash of morbid melody (“The Virulent Host”) or subtly blackened belligerence (“The Ageless Curse”) into the mix.

Similarly, crushing cuts like “Cesium 137” and the hilariously-named “Shotgun Facelift” combine a classic Floridian feel with a certain Euro-centric flair, while also helping to showcase both the singular sharpness of the band’s riffs and the impressive rhythmic partnership of bassist Weiyun Lu and drummer Jay Cross, both of whom make sure to make their presence felt across the album’s nine tracks.

Concluding with the abrasive blastathon of “Mass Glossectomy” and the climactic concussive explosion of “Dogmatic Affliction”, which combine belt-fed, nail-gun rhythms and distorted, ear-scraping riffage in seriously hammer-smashed style, The Virulent Host may not be doing anything to reinvent the wheel – in fact I’d say it’s to the band’s credit that they’ve so clearly identified and decided to play to their strengths here – but, despite (or perhaps because of) this, it’s highly unlikely that anyone who calls themselves a fan of Death Metal, from Deicide, to Dying Fetus, to Dethklok, won’t find something to love here.