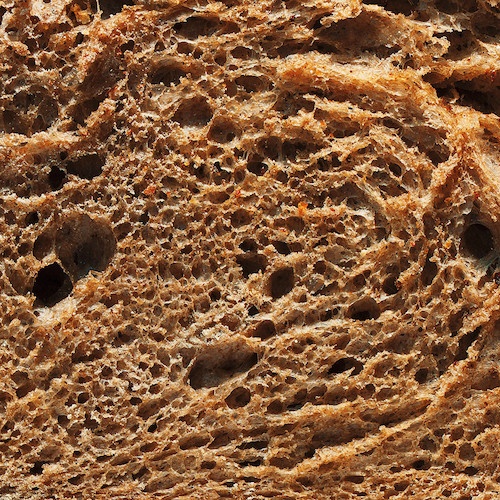 I must begin with Orso‘s video for the song “Mitraillette“. I intended to blurt about it as soon as I saw it almost three weeks ago, but learned soon after that we would be hosting the premiere today of Orso‘s new album, Paninoteca, so I held my tongue (barely), with pincers. Now my tongue can wag.

In watching the video I had a difficult time concentrating on the music — not that you really need to concentrate, since you can feel the music quite powerfully in your core, even without focusing your mind — because of the video’s strange combination of humor, creepiness, and the ability to induce salivation. For several minutes I couldn’t quite figure out why it was making me uneasy, watching Orso‘s band members intently devour sandwiches, and then it hit me that their heads don’t move… and they have no ears, or at least none that you can see.

The music of “Mitraillette” is crushing — a bleak, mid-paced monster that heaves the earth as it takes its giant strides, and becomes a juggernaut as it accelerates. It’s also unnerving, and that quality of the music itself probably also accounts for the creepy effect of the video. The eerie and increasingly feverish reverberating wails of the guitar that spiral out over the immense bass lines and clobbering drum rhythms put teeth on edge, send shivers up and down the spine, make ghosts appear before the eyes.

At the peak of its energy, the song makes the listener’s body shake in joyous spasms. At low ebb, it becomes morbidly oppressive. It’s amazing how much inspiration can be drawn from a sandwich.

And yes, a mitraillette (literally a “submachine gun”) is a sandwich, thought to have originated in Brussels, which apparently includes fries, fried meat, and a variety of sauces, all heaped into a baguette. It turns out that all ten songs on Paninoteca are named after sandwiches (now you know what you’re looking at on the album’s cover). And therein lies part of the album’s intrinsic appeal: in the song titles, it’s cleverly light-hearted and stomach-stuffing, but musically it’s a delivery of mountainously heavy, relentless body-moving, and persistently mind-bending post-metal. 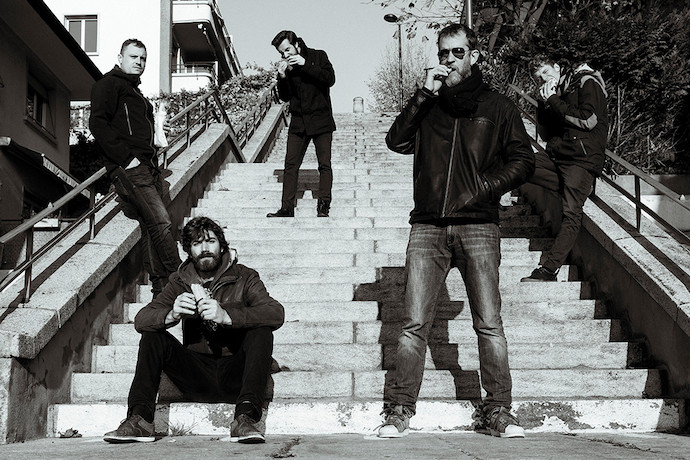 The album includes no voices, but this Swiss quintet have no need of them. They do just fine with their instruments, integrating absolutely riveting drum patterns, titanically craggy bass machinations, and a rich array of fantastical leads, creating a combination of constantly changing sensations that range from dreamlike and visionary to brutally bleak and destructive.

The word “immersive” comes to mind. The sound is so powerful and physically arresting, and the varying guitar permutations so strange yet alluring, that the music swallows the listener whole, as if we too have become sandwiches for this hungry album to consume. The music’s immersive qualities are also a function of Orso‘s impressive ability to create convincing emotional connections. Most of the moods are dark ones, calamitously distraught at times and at others introspective and hopeless, but they’re irresistible nonetheless.

The band are also quite skilled at creating mental images of towering, ominous majesty or the flickering of ethereal ghost lights in fog-cloaked burial grounds. And every now and then, they also make things light and bright, like the skipping joyfulness of springtime — before spinning the listener’s head off into more hostile and harrowing territory.

Credit should also be given, for the tremendous sonic potency of the music, to Kurt Ballou (who mixed the album) and Magnus Lindberg (who mastered it). With their aid, Orso have created a masterful post-metal album that richly rewards the musical gourmet. It’s not a quick snack by any means — at roughly 1 hour, 13 minutes in length, it requires a patient approach. But what meal truly worth eating should be stuffed down the gullet in a rush, rather than savored in all its carnal delights, all flavors tasted, all tastes relished?

Paninoteca will be released tomorrow — April 5th — by Czar of Crickets, in a variety of formats. Links for orders are below, and we’ve also included dates for upcoming live performances by Orso.

3 Responses to “AN NCS ALBUM PREMIERE (AND A REVIEW): ORSO — “PANINOTECA””