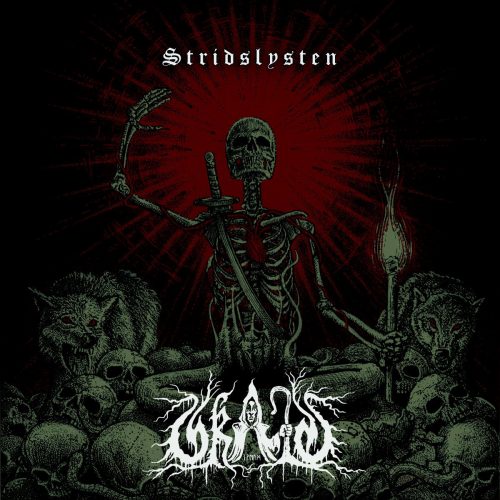 (In this post Andy Synn reviews the new album by the Swedish black metal band Skald In Veum, which was released on April 12th.)

Although I’m not at all religious myself, and have probably broken several key commandments in my time (I’ve definitely coveted my neighbour’s ass on a few occasions), I have to admit I’m still endlessly fascinated by those bands who manage to bring some proper Old Testament fire and brimstone to Black Metal.

After all, while these days it’s become more of a mainstream-friendly corporate conglomerate, the roots of Christianity are awash in just as much blood and dirt, and home to just as many devils and demons and strange superstitions, as any other major (or minor) religion, and the various artefacts and apocrypha left over from this period have provided fertile inspiration for both believers and unbelievers alike over the years.

All of which brings us nicely to Stridslysten, the debut album from Swedish celebrants Skald In Veum, whose particular approach is less “turn the other cheek” and more “rain of fire, pillars of salt”.

So hold onto your hats, ladies and gentlemen, it’s about to get biblical… 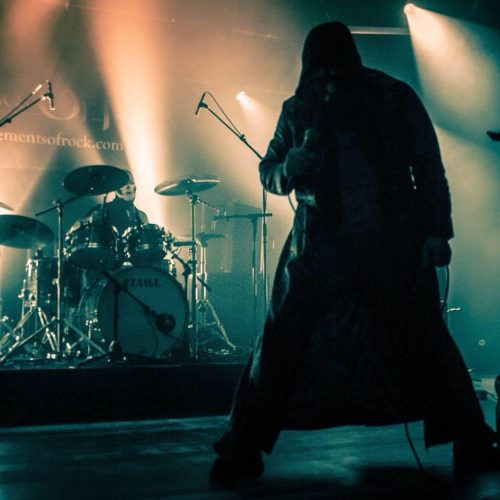 Musically Skald In Veum hew close to the brutal, blast-heavy style of bands like Dark Funeral, Ragnarok, and Enthroned, and no matter where you land on Stridslysten you’re rarely more than thirty-to-forty seconds away from another passage of pulverising percussion and scything, sulphurous chords.

The opening title-track, for example, goes right for the jugular in a barrage of strobing snare hits and barbed, winding tremolo runs, while also finding room for some surprisingly hooky (albeit still high-velocity) grooves along the way, as does the more ambitiously arranged (but arguably even more violent) “As Wolves Among Sheep”, whose writhing  riffs and portentous lyrical vitriol could just as easily have found a home on the latest Funeral Mist album with only the most minor of tweaks.

Similarly, monstrous cuts like “Do What Thou Wilt” and utterly apocalyptic closer “Whoremaster” are as fearsome and ferocious as anything that Lord Ahriman and co. have produced in the last twenty-or-so years, with the truly vicious vocals and wrathful writings of Skald In Veum frontman Mund only serving to blur the line between apostle and apostate even further.

Of course, there’s an argument that, beyond the supposedly provocative ideological perspective, Skald In Veum aren’t really bringing anything new to the table, but the truth is that Stridslysten honestly doesn’t sound particularly dated or derivative, despite wearing its influences so loudly and proudly on its patch-clad sleeve(s).

The crisp, cutting production job certainly helps in that regard, giving the album a sleek, merciless sound that occasionally recalls the more modernised bombast of a band like Der Weg Einer Freiheit, but more than that it’s the utterly relentless pace and wild-eyed conviction on display – with no room for doubt, no room for hesitation – which ultimately ensures that each and every track achieves maximum impact.

In the end, if there’s one thing that Stridslysten has taught me, it’s that, in Black Metal at least, there’s a surprisingly fine line between divine inspiration and demonic possession.

2 Responses to “SKALD IN VEUM: “STRIDSLYSTEN””