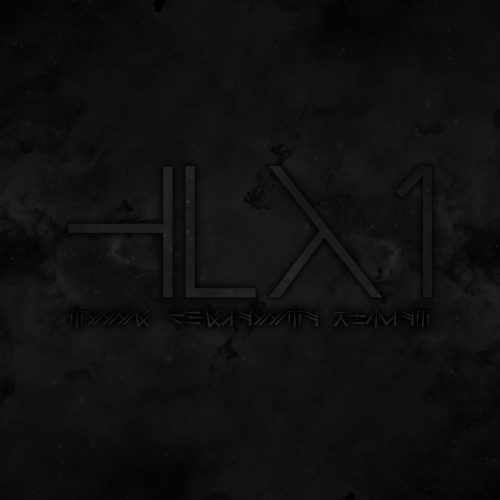 A couple of things stood out about the e-mail we received inviting us to premiere the song you’re about to hear. First, it was sent by an Intergalactic Negotiation Module, specifically module No. 54, for an entity named HLX1. Second, the request ended with this threat: “Any form of resistance shall lead to immediate extermination.”

Here at NCS we have a firm policy against negotiating with terrorists. However, since the e-mail also informed us that we had been chosen “as one of the most worthy musical taste developing specimens of your kind”, which of course is an undeniable fact, and because the threat was being conveyed in the name of Yullama Rima-Akta VI, supreme emperor of the capital planet Nhakuu-3, I decided to at least take the threat seriously enough to listen to the song that accompanied this imperious missive.

I found the song, the name of which is the incomprehensible “Taaar Jurkhaath Miykht“, to be… hostile… perhaps even terrorizing… enough so that I thought we might make a slight exception to our rule about not negotiating.

Since I have no photo of HLX1 to follow the jump, which is our typical practice, consider this: 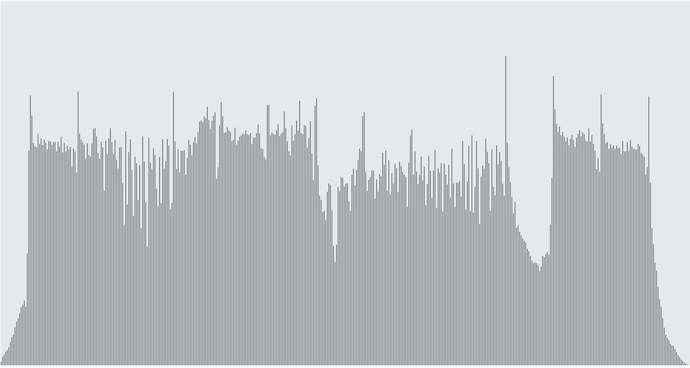 This is a waveform of “Taaar Jurkhaath Miykht“. It looks sort of like a dense cityscape of spires. Some of the spires are more prominent than others. Those represent giant BOOMS of sound, something like the shockwaves of railgun projectiles that were fired from orbit, translating their kinetic energy into shuddering detonations on our planetary surface. And in between those catastrophic strikes?

Well, to interpret the sounds in the conventional terminology of metal, it’s a torrential blast-beat assault, enveloped in cascading waves of unearthly luminescence, with strange bass-toned pulsations emanating almost at random, like the recoil of advanced energy weapons. Bursts of rapidly jackhammering punishment arrive at the same time as tyrannical roaring and long, shrieking reverberations.

These sounds of off-planet warfare are like some alien form of rampant black/death/grind, which becomes even more alien and astral as the murderous yet majestic assault continues, with cosmic keyboard layers continuing to add an element of frightful wonder to the blinding percussive destructiveness.

In case you’re interested, the members of HLX1 are as follows:

In case you’re further interested, the HLX1 Bandcamp page lists the location of HLX1 as Roswell, New Mexico, but I wouldn’t put too much stock in that if I were you. They’re probably hovering over your neighborhood right now, powering up the railgun.

Speaking of Bandcamp, that’s where you can download “Taaar Jurkhaath Miykht“, for the sum of $1 (or more). Let your conscience be your guide. On the one hand, do you really want to help fund an extraterrestrial entity that seems to be plotting our destruction? On the other hand, the Bandcamp page itself insists: “Surrender or be exterminated!” So you’ve got to weigh the risks of extermination. Best of luck to you.

BUY (or die, of course):
https://hlx1.bandcamp.com/track/taaar-jurkhaath-miykht