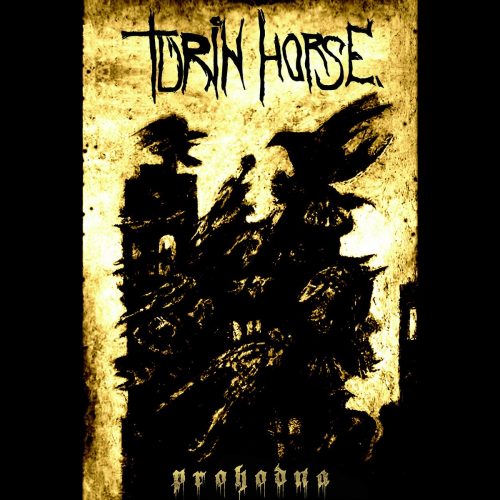 I learned of this just-released new album by the German band Turin Horse from Rennie (starkweather), who never steers me wrong. In genre terms, the music is a hybrid, and a rich mix of dark ingredients it is, pulling from sludge, doom, black metal, and post-metal, with vocals that are also varied.

A dark and desperate atmosphere shrouds the album, but within this harrowing cosmos of sound the band use a changing palette of bleak and fiery colors to maintain a tight grip on the listener’s attention. They anchor the songs with a titanically heavy low end (the bass is mountainous), capable of figuratively pounding your body into fragments when the band put their mind to it, and grinding the remnants into even smaller fragments. And as if the sheer physical brutishness of the music weren’t devastating enough, they create melodies of dismal and desolating power. 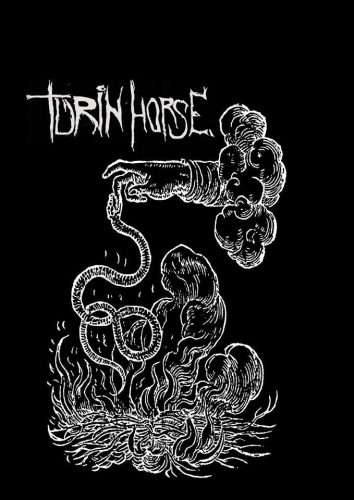 Yet these are only some of the aspects of the music. Turin Horse turn in moody and introspective directions as well, softening the blows with shimmering mists of sound and ethereal chiming chords, although they do this in a way that makes the music no more warm or hopeful than when they’re bent on merciless destruction. When the music moans and weeps, it becomes soulful and even entrancing, but is so haunting that it offers no real reprieve.

While there are dreamlike (though still dark) moments to be found, and melodies of bewitching misery, you’re just as likely to encounter dissonance and discord, creating the kind of tension that puts your teeth on edge, or flaring into outbursts of instrumental frenzy when the tension becomes too much to stand and the approaching calamity becomes fully realized.

As mentioned, the vocals are also quite varied, ranging from furious growls and roars to wretched shrieks, from gloomy clean vocals to hopeless spoken words and crocodilian whispers. They’re well-attuned to the changing moods of the music (and well-enunciated, too).

One final point: While the music morphs into different sonic shapes, as described above, it does so fluidly. Both within the songs and from song to song, the music flows in a way that becomes immersive, like a wide dark river under a night sky, drifting dangerously through looming canyons, and crashing through cataracts. Cold stars might blink overhead, but you become convinced that the sun will never rise.

The title of the closing track, “…Is Night Closing In On Us…“, which is one of the more riotously explosive and also nightmarishly unnerving songs on the album, could be interpreted as a question, and the answer provided by this album is, “hell yes it is”.