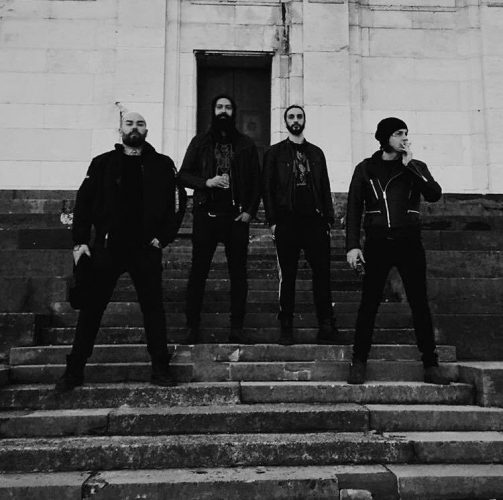 (In this April 2019 edition of THE SYNN REPORT, Andy Synn enthusiastically reviews the discography to date of the Italian band Caronte.)

Don’t let your senses deceive you… it may be a few days late but this is still the April edition of The Synn Report, and one which I hope will be more than worth the extra wait, as the Satanic Stoner Doom sound of Italy’s Caronte (a band I only became familiar with/aware of thanks to their performance at this year’s edition of Inferno Festival) represents something I/we haven’t really touched on very much (if at all) in this column before now.

Active for a little over eight years now, the quartet – Dorian Bones (vocals), Tony Bones (guitar), Henry Bones (bass), and Mike De Chirico (drums) – have already built up a pretty healthy discography during their career, using their music (and their live shows) to explore and celebrate the more occult side of things, with songs addressing everything from Thelemic mysticism to Buddhist philosophy to Native American shamanism.

And while the strident clean vocals of singer Dorian Bones might seem like something you wouldn’t usually expect on this site (given their somewhat theatrical, Danzig-esque cadence) please believe me when I say that they’re a vital part of the band’s identity.

But enough jibber-jabber from me… why not read/listen further and find out for yourself? 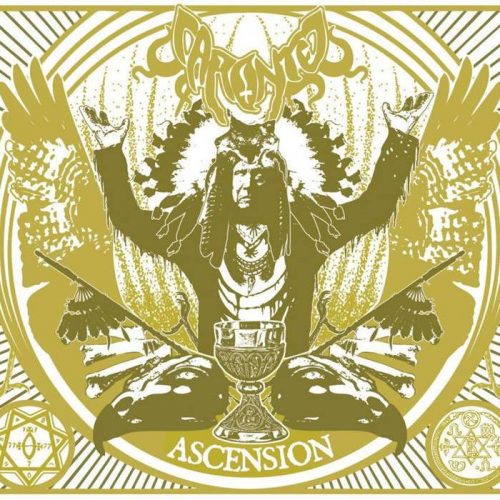 The band’s debut album is a suitably raw, fuzz-fuelled piece of classic Doom-mongering, beginning with the booming riffs and mournful, melodramatic melodies of “Leviathan”, whose epic, eight-minute run-time seems to flow past in a sweet, smoky haze, leading right into the bombastic swagger and fantastic hooks of the devilishly catchy “Ode to Lucifer”.

Things get even darker on “Sons of Thelema” – all massive, muscular riffage and brooding, brawny bass lines – and “Horus Eye”, whose molasses-thick guitar tone and gut-rumbling grooves provide all the heft and heaviness you could possibly want, while the engaging, enigmatic vocals and sweetly seductive lead melodies provide the perfect chaser to help the whole thing go down nice and smoothly.

“Black Gold” is groovier and catchier than it has any right to be, with just the right amount of creeping malevolence in its melodic undercurrent to keep it on the left hand path, after which the staggering slowness and hammering heaviness of “Solstice of Blood” (which also incorporates some surprisingly eerie chanted backing vocals) proves to be not only to be the album’s shortest song, but also one of its most distressingly infectious as well.

Concluding with “Navajo Calling”, one of the most dynamic tracks on the album, and a more than fitting closer with its hypnotic blend of slow-motion swagger and pacey percussive rhythms, Ascension is a striking opening statement from a band who would only go on to bigger, and better, things over the course of the next few years. 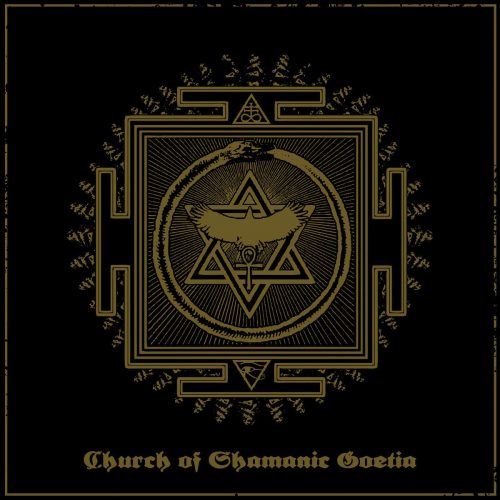 Displaying both a more patient and progressive outlook, as well as an even more potent production job, the band’s second album improves on their debut in practically every way, beginning with the cleaner, but no less crushing, guitar tone and moodier, even more melodic, vocals of “Maa-Kheru’s Rebirth”.

This song, and the album as a whole, really showcases just how much the band have improved – in their songwriting, in their execution, in the greater complexity of their compositions – since their debut and, even at an imposing 09:43 in length, never fails to keep your attention focused on its every twist and turn.

“Hanberchenapi” ups the groove factor, while still retaining a wealth of haunting atmosphere (the increasing use of ambient backing vocal parts, not just here but across the entire record, has a lot to do with this), and also gives Dorian Bones a fresh and fuzz-soaked canvas on which to paint his distinctively colourful vocals, after which “Wakan Tanka Riders” ups the pace, ups the energy, and ups the overall hookiness by a factor of 666.

“Temple of Eagles”, the longest song on the record at ten-and-a-half minutes, is an absolute epic in every sense of the word, marrying a truly majestic vocal performance to some absolutely massive riffs, moody melodies, and utterly monstrous grooves, after which its companion, “The Sulphur Shaman”, continues in a similarly excessive and extravagant vein… albeit one which makes the unexpected choice to introduce an array of nasty, snarling vocals into the mix, while saving the crooning cleans solely for the song’s climactic moments/minutes.

Those cleans are back in devastating, dramatic force on “Black Mandala” however, which might as well be a showcase for Dorian’s effortlessly vibrant vocals given how cleanly and clearly they take centre-stage on this song, after which the riveting riffs and rock-solid rhythms of “Left Hand Voodoo” (which is also another prime showcase for Dorian’s voice) helps wrap the whole affair up nicely. 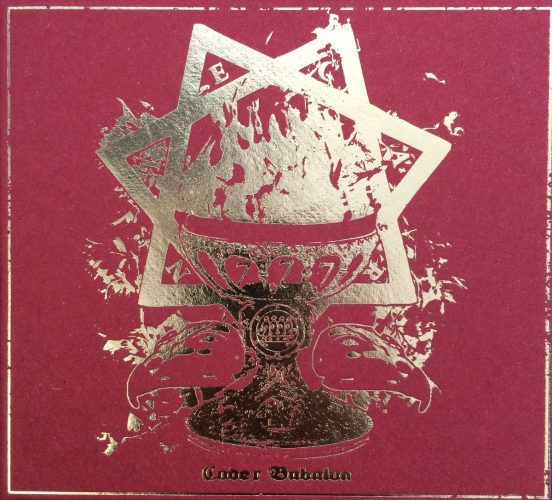 Gifted (or cursed?) with a slightly darker and dirtier production job than its predecessor, the band’s 2016 EP provides listener’s with three additional doses of doomy metallic mysticism, beginning with the heaving, hypnotic “Invocation to Paimon” (a name which, spoiler alert, you might already be familiar with if you’ve seen Hereditary), which is followed in quick succession by the roiling, fuzz-fuelled riffs and ritualistic vocals of “Elixir Rubeus”, with the band finally completing their transformation into a full on Satanic Stoner-Doom cult during the song’s second half.

Third and final track “Rites of High Theurgy” is arguably the darkest of the three, conjuring a truly ominous and oppressive atmosphere over the course of its just under ten minute run time, using a variety of menacing melodic motifs, squalling, psychedelic lead lines, and sinister backing vocals to achieve (and enhance) the desired effect along the way. 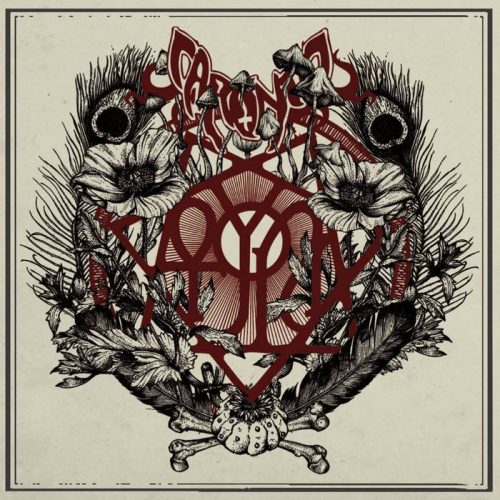 If you’ve seen the film Mandy (and if you haven’t you really should, as it’s the most unabashedly and unselfconsciously “Metal” movie I’ve seen in years) then you should be right at home with Caronte’s third album, as opener “Abraxas”, for example, could easily serve as part of the soundtrack to Nicolas Cage’s journey into the mysterious North in pursuit of demonic bikers and twisted Jesus-freaks, replete as it is with booming, bass-heavy riffs and hazy, hallucinatory lead guitar melodies.

“Ecstasy of Hecate” goes for a more upbeat, hip-shaking strut, while also allowing the bass more room to breathe and putting a greater emphasis on the ever-evocative vocals of Dorian Bones, following which the grim, doom-laden riffs and morbid melodies (both guitar and vocals, the latter of which occasionally delve into Nick Cave/Tom Waits territory) of “Promethean Cult” takes the listener to an even darker place, while also demonstrating the band’s increasingly dynamic songwriting skills.

With “Shamanic Meditation of the Bright Star” the band adroitly straddle the line between Stoner and Doom, allowing the strutting grooves of the former to shine whilst also letting the gargantuan riffs and gloomy melodies of the latter maintain a powerful presence of their own, something which carries through into the strikingly cinematic “Totem”, which puts a real focus on both the vivid vocal hooks and intensely atmospheric guitar work in equal measure.

Speaking of vocal hooks, “The Moonchild” possesses one of the biggest, brashest chorus refrains of the band’s career, as well as a bevy of stunning, Sabbath-esque riffs that practically ripple with black magic majesty. It’s also another song, like “Abraxas” and “Promethean Cult”, where you can really see/hear/feel the band stretching their songwriting a little more, making extra room for atmosphere-enhancing backing vocals or shimmering melodic embellishments, all of which add to the general ambience and dynamic of the music in their own particular way.

Concluding with “V.I.T.R.I.O.L”, the record’s longest, most involved, and arguably most atmospheric track, rich in ringing, reverberant riffs and haunting, dramatic vocal lines, YONI is most definitely the band’s finest work thus far, and has me very excited to hear what they come up with next!