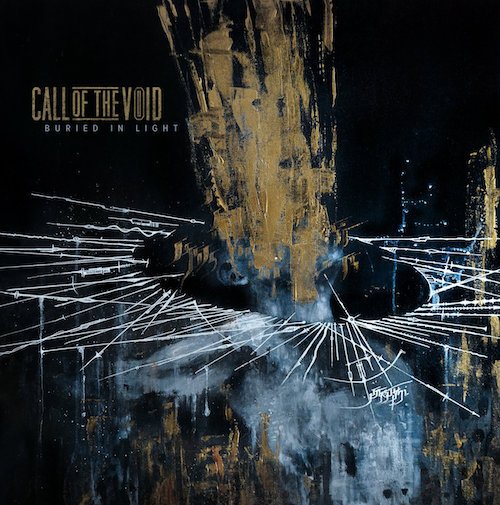 (This is Andy Synn‘s review of the new album by Denver’s Call of the Void, which was released on May 10th by Translation Loss Records.)

For the sake of simplicity we often tend to think of the Metal scene as being split between the “underground” and the “mainstream”. But, of course, nothing is that simple.

The “underground” scene is itself separated into several distinct strata, from the upper echelons where the various “big” names live, well-known to all of us, but still practically invisible to the “mainstream” audience, all the way down into the deepest, darkest, dankest pits of squalling, sub-musical noise that only a handful of people are ever likely to hear… and everything in between.

And while Call of the Void have been hovering on the brink of breaking through to the wider underground for a while now, Buried In Light looks set to elevate them to a whole new level entirely. 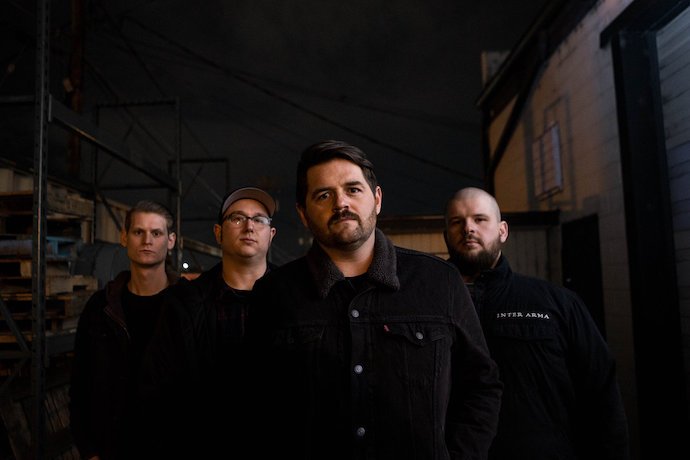 The more I listen to this album the more I’m put in mind of two other bands whose pivotal “breakthrough” moments managed to introduce them to a larger audience without sacrificing their underground cred in the process.

On the one hand the greater use of meaty, Death Metal riffs (“Living Ruins”, “Drowning Hour”, “Buried In Light”, etc.) and dynamic vocal hooks (often shared between the band’s members and delivered in a brutally effective call-and-response manner) reminds me of Misery Index circa-Traitors, with CotV adopting a similarly focussed-yet-ferocious approach to songwriting that’s as cruelly catchy as it is absolutely crushing.

On the other the mix of frantic energy and proggy, sludgy grooves showcased on tracks like “Suck Me Dry”, “God Hunts”, and “Almighty Pig” brings to mind the calculated chaos and wide-eyed catharsis of Remission–era Mastodon, giving you the sense that the Colorado quartet have been waiting for a chance to fully unleash this side of themselves for quite some time.

And yet the overall similarities to those bands/records mentioned above are more about spirit than sound, as Buried In Light still sounds very much like a Call of the Void album. The rough-hewn, ragged-edged vocals… the gnarly, bone-saw guitar tone… the reckless abandon and raw intensity of the drums… all these are recognisable as coming from the same fevered minds which concocted Dragged Down A Dead End Path and Ageleless. It’s just that they’ve evolved somewhat since then.

This evolution does, however, mean that Buried In Light is a much less grind-focussed record than anything which the band have produced before, which will undoubtedly prove to be a point of contention for certain people in certain areas of the metalsphere.

But don’t take this to mean that CotV have abandoned their roots. Both scorching opener “Disutility” and the relentlessly savage “Waves of Disgust”, for example, lean hard into the band’s early Grindcore/Metallic Hardcore influences (without sounding forced or dated), while the appearance of members of Pig Destroyer during the stunning Death/Grind/Sludge assault of aptly-named closer “So It Ends” provides the record with a welcome endorsement from some modern-day Grind royalty.

If there’s one real criticism that can be levelled at this album though, it’s that, at thirteen tracks it’s possibly ever so slightly too long, and cutting a track or two (my suggestions would be “The Master” and “Enslaved”, although it’s a difficult call to make) might have made for an even leaner, meaner record overall.

Still, it’s a relatively minor issue in the grand scheme of things (not everyone believes that “less is more” after all), particularly when the latter-half of the album delivers just as much explosive intensity as the first (I haven’t even mentioned how good penultimate pounder “Lurker” is).

Make no mistake, Buried in Light is an absolute monster of an album, and one that’s destined to raise the band’s profile significantly. Just don’t think of it as selling out. Think of it more as giving the rest of the scene a chance to hear what they’ve been missing!

One Response to “CALL OF THE VOID: “BURIED IN LIGHT””