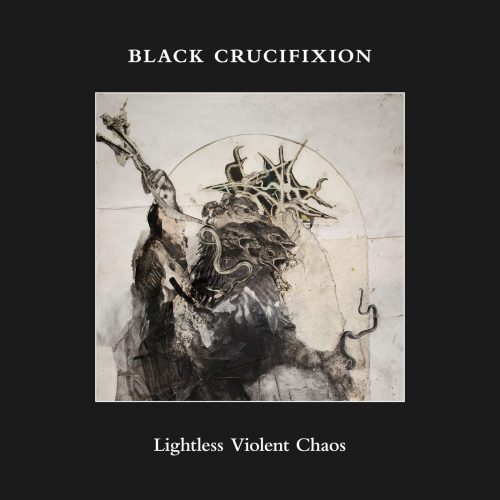 In just about every review of an album by Black Crucifixion there seems to be an obligatory history lesson, and there will be one here too, because in the case of this band the historical context may actually matter. And there are other reasons to appreciate their history, which we’ll come to.

At the same time, the road traveled by this band has led them to a very different place than where they began in their songcraft almost 30 years ago, as it has in the case of such other early black metal stalwarts as Ulver, Satyricon, Ihsahn, Tom G Warrior in his Triptykon days, Enslaved, and Carl-Michael Eide under the banner of Virus. What doesn’t seem to have changed is Black Crucifixion‘s devotion to the devil. 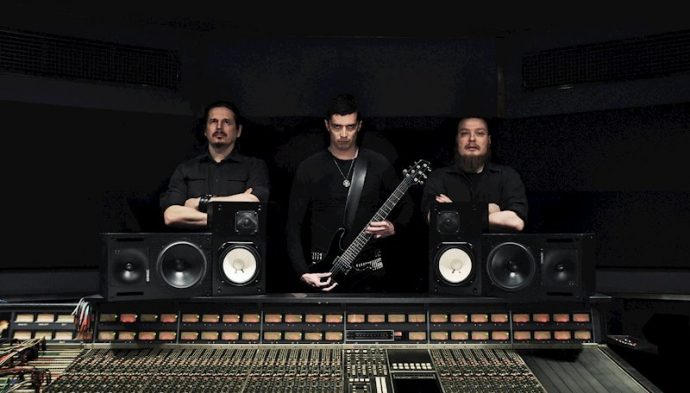 As for the history lesson, let’s note three things, from which certain inferences may be drawn (though a lot of you will already know these things).  First, they produced their first demo (The Fallen One of Flames) in 1992 and their first EP (Promethean Gift) in 1993, and what they did in those releases made a mark in the early Finnish black metal scene. Second, as far as can be discerned from historical records, they released no other music between then and 2006, when their first album appeared (Faustian Dream), and since then they’ve released three more albums, including this newest one, Lightless Violent Chaos. Third, the two key members of the band — Forn and E. Henrik — were there in 1992 and are still there.

Those first two Black Crucifixion releases are revered even today by discerning devotees of black metal, though for reasons that are difficult to understand they didn’t receive their full due when they came out, at least not as compared to some of their better-known Finnish brethren. And that’s one reason for the history lesson — because even today they are still well-worth discovering if you haven’t. In the current context, they’re also proof that deep musical talent is capable of transferring into different realms, and perhaps will always feel the impulse to change.

Forn and Henrik weren’t compelled by material considerations to begin making music again, 13 years after Promethean Gift (because, presumably, they occupied themselves with other things to avoid starving between 1993 and 2006); some creative impulse inspired them to begin again. They are presumably in their 40s now, and have lived some life. Speaking as an old fart myself, I know this doesn’t mean they have necessarily become wise, but it does mean they probably had a few things to say with their music that weren’t in their heads 20 years ago, and still do. And because they were an early black metal band with something of a reputation in the early scene, it’s unlikely that the impulse that drove them to start again was a fervent desire to copy current trends, or to repeat what they’d already done.

Of course that’s not always the case. Other bands have revived after a decades-long absence and proven to the world that they should have just stuck with their day jobs. Take it from me, mid-life crises drive people to make all manner of embarrassing decisions. But that’s not what happened here. Here, Black Crucifixion have changed in ways that are extremely valuable. Their recent albums have been compelling, and persistently fascinating. The instrumental skill of the current line-up (which again includes the Finnish prog rock legend Rekku Rechardt as lead and rhythm guitarist) is evident, but what stands out is the song-writing, which is brilliant. 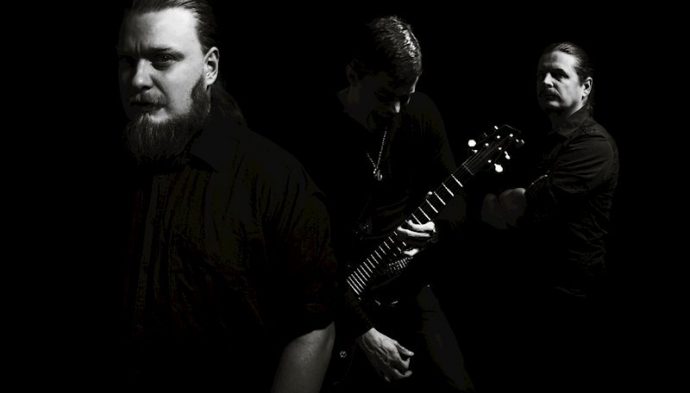 The band’s last album, 2013’s Coronation of King Darkness, was one of my favorite records of 2013. If you were also a fan, you will love Lightless Violent Chaos, which is very much a musical kindred of that record, but even more accomplished. Perhaps you already love it — it was first released in the summer of last year, though in limited fashion, and now it will receive a more globally-oriented distribution through Séance Records on June 3rd.

Compared to the band’s earliest days, and despite the new album’s title, the music isn’t abrasively harsh (though Forn’s intense snarls and roars are still savage enough to put the hair up on the back of your neck) or ferociously aggressive. There’s still a bit of distortion in the sound, though far more reverberation (almost everything rings). The music rocks far more often than it ravages. Progressive tendencies are more in evidence than scorched-earth tumult. The music is incredibly nuanced and dynamic, revealing a degree of care and craft that is the hallmark of the best song-writing.

But make no mistake, the music is still profoundly sinister, only now more sorcerous and bewitching. The songs are packed with compulsive rhythms, and equally packed with immediately infectious and durably memorable riffs and melodies, but menace and mortification lie within these tracks, too. What inspires the music, apart from influences you might pick out, which cross many decades and musical genres, is still evident in the song titles and the lyrics (well-enunciated despite the gritty, snarling delivery or the spooky whispering), which often sound like chants.

The band have a tendency to build their songs to crescendos of grandeur, layering in the instruments as the music swells (though “Black Hole Metal” soars early on). “Free of Light”, for example, is a true devilish rock anthem. At times it sounds like a fanfare for the arrival of a dark eminence. But like every other song on the album, it harbors other dimensions. The soloing is glorious, but the most transfixing lead in the song has an exotic Arabian air that is melancholy, and becomes more bleak even as it becomes more feverish. When the fever breaks, the moody, reverberating guitar notes cycle like the casting of a sonic spell, and the melody seems to weep.

Every song is like a gem waiting to be discovered. Sometimes the music has the widescreen sweep of a soundtrack, sometimes the swagger and assurance of an epic stage show in a vast arena, sometimes a grave solemnity, sometimes a striking despondency. The haunting guitar notes in the opening of “Deathless Be Me” reminded me of an Ennio Morricone film score, but the leads in the same song boil like a fire elemental. “Of The Godless and Brave” has a mood that’s beleaguered but defiant, a mood enhanced by somber clean vocals, but the double pulse of the bass and guitar harmony is incredibly vibrant. “Discipline”, perhaps the most sinister song on the album, even though it’s the most-stripped down, includes cavernous vocals that reminded me of a more horrifying version of Leonard Cohen‘s voice. And “Intuition” is a classic build that swells and subsides, hammers and scorches, and ends the album on such a strong note that the impulse to go back to the beginning and become immersed in the record again is irresistible.

There are so many finely crafted moments within these songs, so many astute variations in tone and intensity (even the Stratocaster from The Fallen One of Flames sessions was employed in the recording), so many carefully chosen additions and subtractions, that trying to name all of them would make this review even more tedious than it already is. But it’s one of those intelligently fashioned works that doesn’t forget the power of the riff and the hook. These are songs that will get stuck in your head damned fast and call you back to them like sirens on the rocks. And they do all of that while casting spells of other kinds too — a spell that works most powerfully when you listen to the album without interruption, from start to finish.

In short, it’s dazzling. Hope you’re as dazzled by it as I am. Look for it on June 3rd via Séance Records.