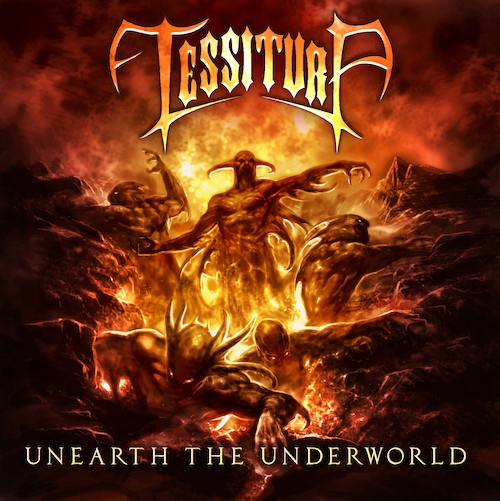 What we’re about to present is the second play-through video released for the same song by the Canadian death/thrash band Tessitura. If you already know the song — “Wounds of the Righteous” — you’ll understand why it merits both of these videos (and why both are a kick in the ass to watch). And if you’re encountering the song for the first time, prepare for a multi-faceted experience, one that’s a real thrill-ride but with some beguiling detours long the way.

“Wounds of the Righteous” is the opening song on this Edmonton band’s 2018 EP, Unearth the Underworld, and probably the strongest of the five tracks on that 30-minute release (though the other four are definitely well worth your time). The video features performances by guitarist Stephan Ceña and bassist Leillyn McColman. 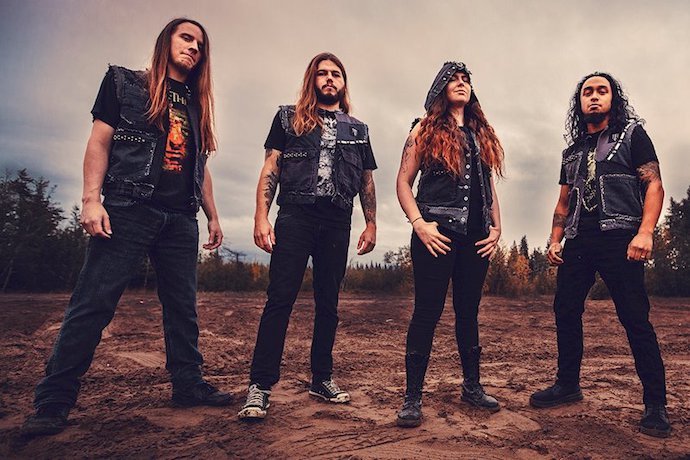 Tessitura have said that they created Unearth the Underworld in an effort to capture the intensity of their live performances, and “Wounds of the Righteous” is definitely an electrifying piece of music, one that will especially appeal to fans of such groups as Revocation and Goatwhore.

You won’t see a vocal performance, of course, but the scorching fury of lead vocalist Cyn Mercredi (backed by vocals from Stephan Ceña) has a lot to do with why the song is such a flamethrower. But in addition to that, the entire song pulses with vibrancy — from the darting riffs and leads to the high energy of the bass lines and the battering and galloping drum rhythms.

But as mentioned above, it’s a multi-faceted song, which delves into darkness through the appearance of melancholy, haunting guitar melodies and other ingredients that add progressive metal nuances, especially evident in the extended (and completely enthralling) guitar solo that arrives in the song’s second half when the rhythmic drive slows from its usual hell-for-leather pace, a solo that also becomes a beautiful duet with the bass.

Unearth the Underworld is available on Bandcamp, Spotify, iTunes, and at CD Baby, and we’ve included the full Bandcamp stream below along with the two play through videos now released for “Wounds of the Righteous” — the earlier one features the work of drummer Gord Alexander. Below the links you’ll also find the current schedule for Tessitura’s upcoming festival appearances.

One Response to “AN NCS VIDEO PREMIERE: TESSITURA — “WOUNDS OF THE RIGHTEOUS””