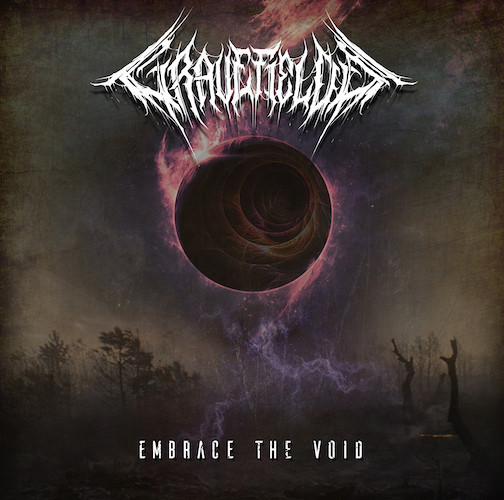 Gravefields is the cross-continent collaboration of Cairo-based multi-instrumentalist Alan Hurley and French vocalist DM (Helioss, Wrath From Above, Gastropode). Under the name Dirtyprotest, they released a first album in 2017 (Hellstorm), and now, operating under the new name of Gravefields, they’re on the verge of releasing a second album. Entitled Embrace the Void, it’s set for a June 7 release by Redefining Darkness Records (which has a reliable track record of identifying and seizing upon top-shelf talent).

Today we’re presenting a song from the new album named “Mind Leech“, and the first word that springs to mind in attempting to describe it is “kaleidoscopic”, quickly followed by “explosive” and “breathtaking”. With its foundations in death metal, it subtly pulls from other influences to create a constantly changing yet cohesive experience, one that seamlessly combines blast-furnace intensity and captivating, heart-aching melody. 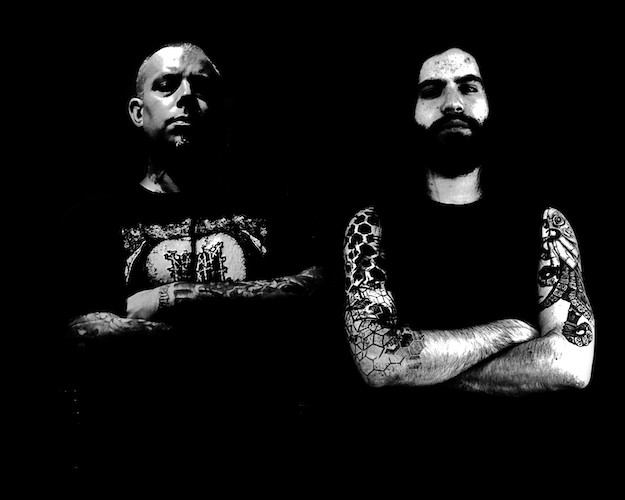 The intensity of “Mind Leech” can’t be overstated. Even at the beginning, when braying chords slowly ring out in dismal fashion, the drumming is a maniacal flurry of blasting, somersaulting, and booming, and DM’s violent shrieks are mind-scorching. After a frenzied guitar bridge, the song really takes off, the vocals alternating between screams and roars, the riffing transforming into a savage feeding frenzy, the drums constantly veering in a display of tightly controlled mayhem.

But as forecast above, the song is multi-dimensional. A trilling lead surfaces as the riffing locks into a jolting, skull-hammering rhythm, and a searing harmony begins to work its magic, straddling a line between cruelty and deepest sorrow. The music continues to morph, combining brute-force heaviness and penetrating despair. Like a whirlwind, the band spin out expulsions of rampant violence and heart-aching grief, flying through rapidly scissoring fretwork and eye-popping drum flurries, skin-splitting shrieks and monstrous growls, neck-wrecking grooves and swirling melodies that ultimately channel an atmosphere of bleak grandeur.

Vocalist DM tells us that “‘Mind Leech‘ is one of the most epic songs on the album” — and it really is epic — with lyrics that “revolve around mass mediatic mind control….”

Embrace the Void was recorded and mixed in Cairo, Egypt, and produced by Alan Hurley at Subliminal Audio Productions. The album was mastered by John Bart Van Der Wal, and the artwork was also created by Alan Hurley. It’s available for pre-order from Redefining Darkness now: