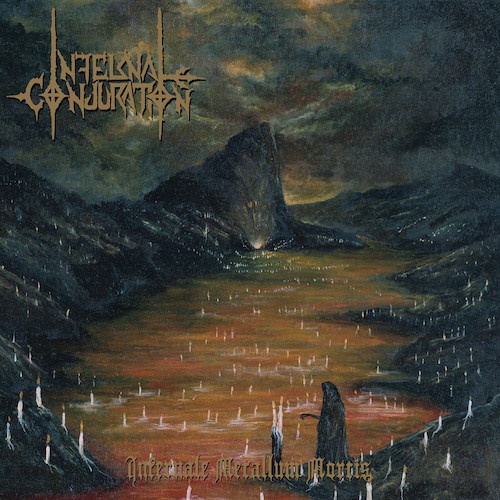 Following a trio of short releases that have been highly regarded in the death metal underground, the Mexican band Infernal Conjuration have at last created a debut full-length now set for CD and vinyl release on June 7th by no less than Iron Bonehead Productions, whose attention to the album should be enough reason for you to dive all the way in. Little wonder that a label with such a proven track record would embrace Infernale Metallum Mortis, because the album is, in a word, spectacular.

We are fiendishly delighted to present a full stream of the album today, and it is indeed overflowing with fiendish delights. Feel free to skip right down to the bottom of this post and launch the player (after first taking some giant gulps of air), but if you’d like a further preview of what lies ahead, read on…. 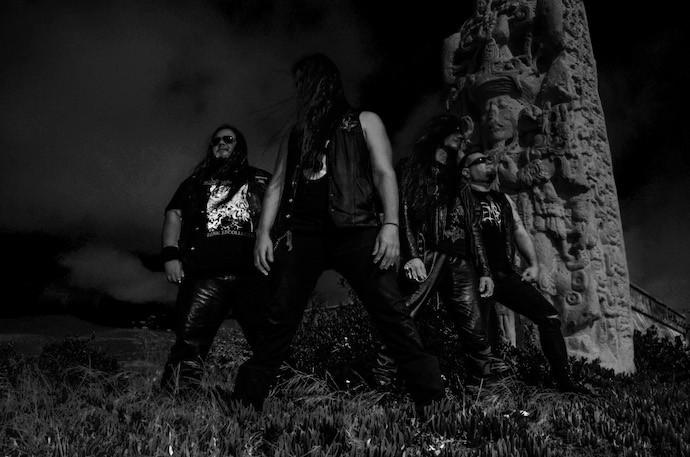 For the most part Infernale Metallum Mortis is fast and furious, with riotous displays of technically impressive instrumental pyrotechnics that feature a mind-mutilating dual-guitar attack, agile bass lines, and one acrobatic drum performance after another.

But despite all the fast-twitch muscles fibers deployed in these ferocious assaults, it would be a mistake to classify the music as “technical death metal”, as that term is commonly understood in modern parlance. The music is too saturated with the old school spirit of evil and too shrouded in an atmosphere of horror, too loose and chaotic, and too nasty and corrosive in its tone. It brings to mind a melding of Human-era Death, Deiphago, and Demilich (and thoughts of the band’s countrymen in The Chasm may surface as well).

In addition to the impressive instrumental fireworks, the music is further supercharged by absolutely scorching (and thoroughly malignant) vocals, which themselves bring Chuck Schuldiner (and David Vincent) to mind.

While the music usually proceeds at a fiery pace, Infernal Conjuration are also prone to rapid tempo shifts that include dismal, crawling interludes. They are capable of feeding you through a meat-grinder, but equally capable of channeling a feeling of rot and misery, juxtaposing morbid harmonies with absolutely wild conflagrations of brain-twisting mayhem laced with crazed, shrieking whammy-bar leads. Thrash-influenced gallops trade places with tank-attack grooves and slow, slithering, gleaming solos that create an eerie, desolated, vaporous aura, or braying chords that manifest terrifying grandeur. 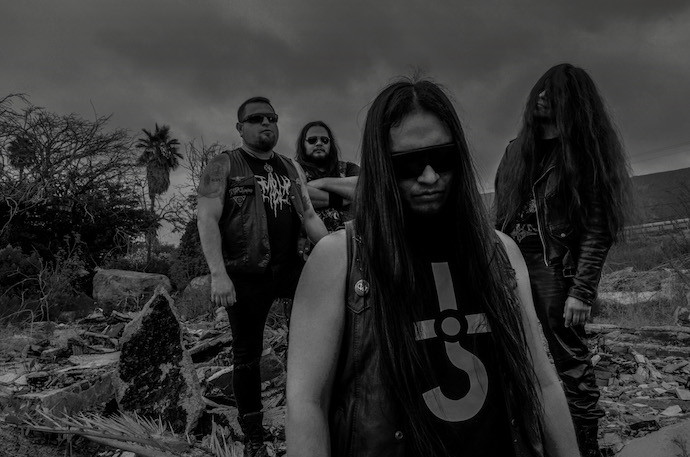 The dynamism of the songs increases their charisma, not only when the band ease back on the throttle but perhaps especially when you think they’re already in the throes of chaos and then accelerate to even greater heights of savage extravagance. But it is the purity of the adrenaline surge that stands out as one thinks back on the experience — the kind of explosive ferocity that (at least figuratively) can leave a death metal addict ringing wet and breathing hard.

Seriously, do not sleep on this record. To borrow an over-used but completely accurate phrase in this instance, it’s all killer, no filler.

Iron Bonehead will release Infernale Metallum Mortis on CD and vinyl LP formats on June 7th. For further info on how to acquire it, watch these spaces: