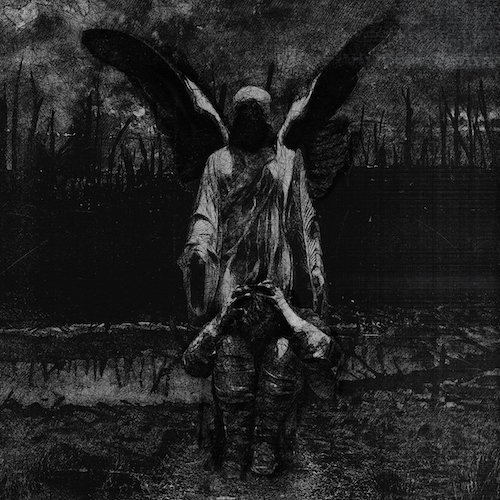 (This is Andy Synn‘s review of the new album by Panzerfaust from Toronto, Ontario, which will be released on June 14th by Eisenwald.)

So Summer is officially here. The sun is shining, the days have grown longer, and even the nights are balmy and mild.

But, of course, if sunshine and good times aren’t your thing then the music world still offers more than enough sonic darkness to satisfy your cravings for all things bleak and blackened… which, in this particular case, includes the phenomenal fourth album from Canadian extremists Panzerfaust. 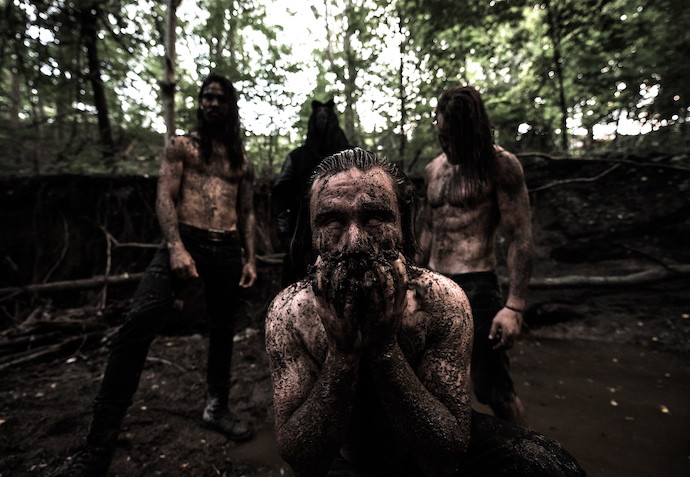 The first part of an ambitious tetralogy of interlinked releases, War, Horrid War transports the listener right to the frontlines and drags them kicking and screaming down into the muck and the mire of history as it really was, stripping away the self-serving delusions of honour and glory until all that’s left is the screaming and the bleeding, the shattered lives and splintered teeth and broken, bullet-ridden dreams.

From the burgeoning horror of the nuclear age (stunning opener “The Day After Trinity”) to the mass graves of Stalingrad (the disturbingly infectious “Stalingrad, Massengrab”), to the sacrificial slaughter of trench warfare (humongous closer “The Men of No Man’s Land”), Panzerfaust never once try to celebrate or glamourise the horrors of warfare or to play down the incredible toll it takes on human life.

And it’s this commitment to verisimilitude, this refusal to sugarcoat or mythologise some of history’s darkest moments, which has helped them to create one of the most hideously visceral and hauntingly atmospheric albums of the year so far, an album which – despite being built around a core of barbed, blackened riffage, complex, predatory drum work, and howling, all-too-human vocals – consistently goes above and beyond the expectations and confines of Black Metal as a genre.

Of course I’m not trying to suggest that Panzerfaust are the only Black Metal band in recent years to simultaneously refine/redefine the boundaries of the style while also remaining true to its central ethos – comparisons with the best works of Kriegsmaschine, Svartidauði, and Schammasch are, at various points, all more than valid – but they’re arguably the closest that this year’s crop has come to truly perfecting the art of Black Metal in all its primal power and progressive potential.

One reason for this could well be that, as the first part of a planned four album cycle, chapter I of The Suns of Perdition doesn’t have to do all the heavy lifting on its own. Instead it’s able to focus (and I do mean focus, as these five tracks collectively total a savagely succinct 31:31) on delivering only the very best, with all the fat and unnecessary excess cut away, to the point where even the moody instrumental/ambient interlude of “Crimes Against Humanity” serves a purpose as a necessary prelude to the relentless violence of “The Decapitator’s Prayer”.

There may be some who say that this album’s very nature, being only the first part of something greater, gives it a bit of an unfair advantage and that, ultimately, we’ll only really be able to judge it properly once the tetralogy has been completed.

But while I have some sympathy with this view point, in the end it’s all academic really, as no matter how you choose to view it or categorise it, War, Horrid War is still one of the most singularly riveting records of 2019. And I cannot wait to hear what comes next.

8 Responses to “PANZERFAUST: “THE SUNS OF PERDITION – CHAPTER I: WAR, HORRID WAR””