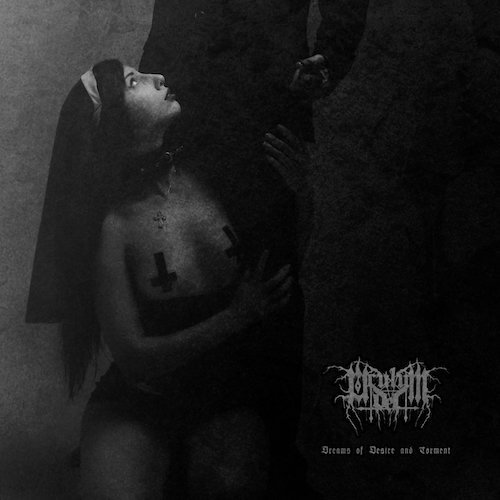 This past February the North Carolina-based trio Oculum Dei released their debut album, Dreams of Desire and Torment, which delivered an unholy and eclectic mix of black and death metal that dynamically ranged from passages of haunting darkness to explosions of wrenching chaos. Today we present an official video for a track off the album that itself encapsulates much of the band’s musical range, a song named “Ghost In the Corridors“. which proves to be an intensely disturbing but very hard-to-forget experience.

The song begins with a moody and beguiling guitar and bass instrumental that seems to be a seductive invitation, but even then there are hints of deeper darkness to come. When the pounding drums and scalding vocals come in, soon joined by a cruel, boiling riff, the music begins to swell in power, soon shrouding the senses in an atmosphere that’s both venomous and dismal, both seething and desolate. 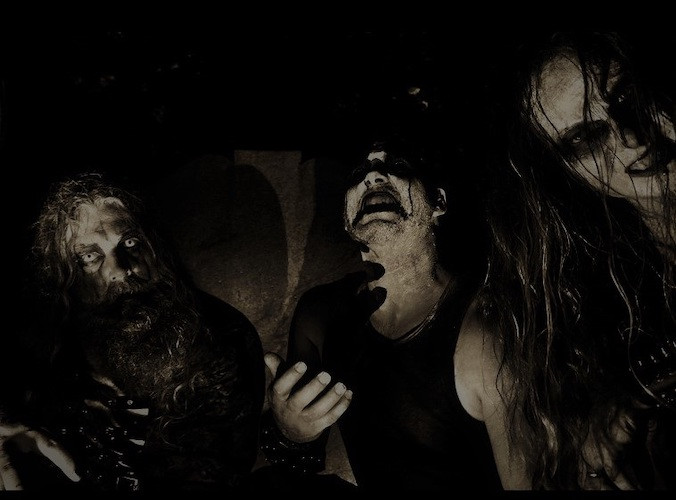 Periodically the band erupt in spasms of battering percussion, fret-leaping guitar delirium, and berserker shrieking and howling. The melodic core of the song also morphs in ways that render the emotional resonance even more disconcerting and distraught. The mood is unsettling and oppressive, and even a recurrence of the alluring opening refrain at the end fails to brighten the feeling. But as discouraging as the music sounds, it leaves a deep and lasting impression.

Oculum Dei have explained for us the conception of the song, and of the video you’re about to see:

“‘Ghost In The Corridors‘ is a song lyrically and visually about battling demons with oneself and the struggles upon the flesh and mind that can play out. Sensually in the video, we the band are placed in a corridor-like setting to show how we’re trapped within ourselves there, while a lady is shown struggling and hurting herself from her issues. There is a glimpse of a darkened figure that represents the demon that is haunting and causing her to harm herself. and in the end credits the demon’s face is revealed — and this was our way of introducing our newest member Nadir, who will be taking over the keys, synth, and organs (we featured him as a guest musician on the track ‘A Mist of Heaven Inside of Hell’).”

The band created two versions of the video. One of them — the first one below — is a censored version. The alternate version, which is the second one below, includes brief nudity, presented in a way intended to enhance the artistic impact of the experience.

Along with both versions of the video, we’re including a full stream of Dreams of Desire and Torment for those who might be encountering Oculum Dei‘s music for the first time. It’s available now through Bandcamp, and is recommended by the band for fans of Dark Funeral, Behemoth, Belphegor, Carach Angren, Emperor, Mayhem, and Immortal.

One Response to “AN NCS VIDEO PREMIERE: OCULUM DEI — “GHOST IN THE CORRIDORS””