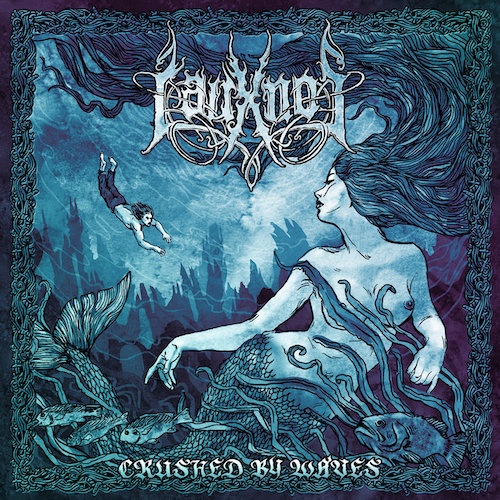 Lauxnos, the Russian atmospheric post-metal band who took their name from an old Prussian word that refers to the stars, the moon, and the dawn, have built a conceptual story line over the course of three albums that tells of escape from the hardships of daily life and immersion in the mysteries of dark ocean waters where peace might be found, but where raging storms also threaten a different kind of oblivion.

The third of those albums, Crushed By Waves, will be jointly released on June 11th by Symbol of Domination (a sub-label of Satanath Records) and The Ritual Productions. Today we present the debut of the album’s title track, which, like Poseidon’s domain itself, is immersive and multi-faceted. 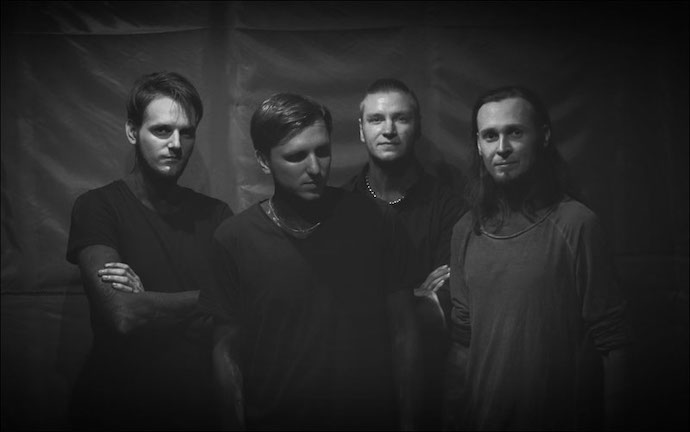 Like the stars above in an indigo sky, there is radiance in the song. Reverberating notes with a subdued and moody but mystical resonance open the track, and reappear again later (when that spectral refrain is joined by a vivid, tumbling drum progression). Yet there is dark power in the song as well. Long moaning tones join in, channeling sorrow, and the music’s intensity builds when battering drums appear along with a harsh, howling voice that scorches the senses, coupled with swirls of searing riffage and a desolate lead-guitar melody.

The music’s cast is forlorn, even as it ebbs and flows like the tide. When the sound surges again after the afore-mentioned interlude, the guitars cry out in a wailing harmony, the drums begin to blast, the voice vents a wrenching anguish, but as the dual guitars carry the song’s melancholy melody forward, the sound ascends to splendorous heights.

The releasing labels recommend Crushed By Waves for fans of Falloch, Alcest, and Harakiri for the Sky. It features artwork by Paint-It-Black Design, and it was recorded, mixed, and mastered by LXNS Music. You’ll find pre-order links below, as well as a stream of the previously released track “Lord of the Wild Waters” (which is also free to download at Bandcamp), and of course our premiere of the title track.

3 Responses to “AN NCS PREMIERE: LAUXNOS — “CRUSHED BY WAVES””