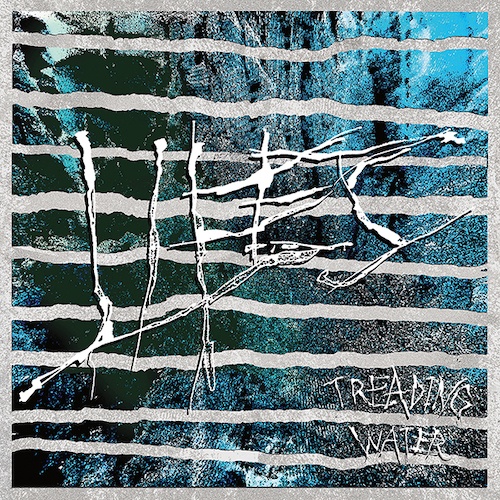 Treading Water is the new album by the Milwaukee grindcore duo LIFES. It includes 18 tracks, which range from 17 seconds to a high of 3:27. Half of them will maul your mind in less than a minute. “Tragic Procession“, the song we’re premiering today, is one of those.

So let’s do this a bit differently from usual. Rather than read about the band, the album, and our impressions of this track first — which might take longer than the song itself — just listen:

Now, if you’re able to recover your senses after that slaughtering barrage, here are a few more things you might want to know.

As you’ll have figured out by now, LIFES deploy only bass, drum, and vocals. Dave Rudnik is the bassist; Zak Holochwost is the drummer; and both of them throw their voices into the melee. As you’ll also have discovered, the instrumentation may be stripped down, but along with the howling firepower of the voices they create a pulverizing impact. Augmented by the harsh squeal of feedback, the corrosive tone of the bass and the battering punishment of the drums combine to create an unstoppable demolition machine on “Tragic Procession”.

But despite how brief this raw tirade is, you’ll have also discovered that LIFES switch things up in the middle before concluding in a final blast of fury. 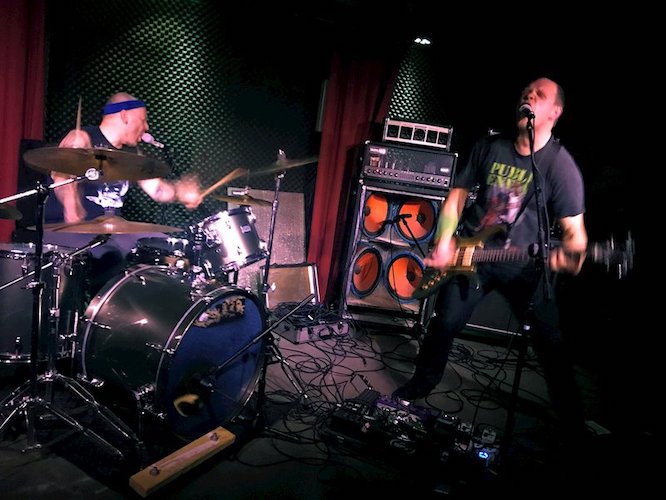 Treading Water will be released on June 28th by a quartet of labels. If you’re wondering about the title — because the music itself is about as far away from treading water as one could imagine — here’s Dave Rudnik‘s explanation:

“On our demo, I wrote something about how there isn’t enough time in the day and we’re killing ourselves to maintain all of our different ‘lives’. That feeling has been amplified by 1000 for me since then, in having more kids, realizing we are getting old, health and financial issues and frustrations with work. I feel like I am failing at most of it and it weighs on me and pulls me down even further.”

“I’ve also come to see Treading Water as the moment we all find ourselves in socially and politically. None of these themes are new. Certainly POC, LGBTQ+, women, etc. have all been dealing with what is now all in our faces throughout the world for a very, very long time. Though the world is seemingly treading water, I think more people are now aware of how awful we all treat each other. Yet, we have more positive things happening as a reaction to that awfulness. There’s a lot of inspiring moments that are not just found in photocopied zines anymore. There are pockets of great things happening that are attempting to keep the world’s head above water. The goal is to get us all above the water, both figuratively and literally.”

Triple Eye Industries, Middle Man Records, Knochen Tapes and Here and Now! Records are the four labels who are releasing Treading Water, adorned by the artwork of Brandon Bauer, Dave Rudnik, and Jorge Tapia. It was engineered and mixed at Howl Street Recordings by Shane Hochstetler, and was mastered by Justin Perkins at Mystery Room Mastering, You can pre-order it now via the links below.

To get a further taste of the music, you can also listen to “Unsedated Suffocation” below and “Bitter Cold” at this location.